In a first-of-its kind partnership in the Indian Auto space, CarDekho.com announced an investment in the company by Mr. Ratan Tata, Chairman emeritus of the Tata Sons conglomerate. This comes quick on the heels of the announcement of Series B funding of $ 50 Mn from Hong Kong based investors.

Mr. Tata, a deeply revered man in the Indian Auto sector, has for the first time ever joined hands with an auto portal by investing in a personal capacity. While the investment amount remains undisclosed, Mr. Tata has agreed to advise the company as and when required.

Such an investment by the man who has significantly shaped the Indian auto sector is a testimony to CarDekho’s plans in its quest to rapidly grow in the auto classifieds sector. 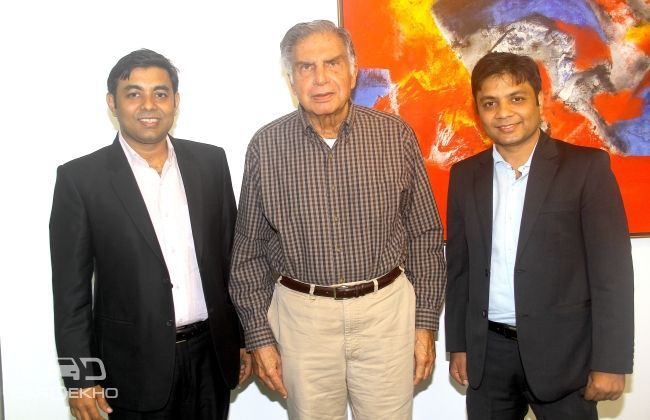 Overjoyed with this investment, Mr. Amit Jain, CEO and Co-Founder, GirnarSoft said, “We are extremely proud & excited to partner with a man of Mr. Tata’s stature, especially considering his contribution to the growth & development of the Indian automobile industry. Following our humble beginning as a small venture in Jaipur, CarDekho has had a very exciting journey to reach this point of recognition and we now have very aggressive plans for developing our business and boosting revenues in the future. Post our recent funding and investment by Mr. Tata, we are another step closer to the group’s vision of becoming a global company through our innovative products and services. With the faith and confidence shown by Mr. Tata in the company, it increases our responsibility towards contributing for the overall development of the online automobile sector.”

GirnarSoft, the parent company of CarDekho.com, now valued at USD 300 million, recently concluded its series B funding with a raise of USD 50 Million. The funding was led by Hillhouse Capital with participation from Tybourne Capital and Sequoia Capital.

Amit Jain further added “There is immense potential in the automobile classifieds sector in India and we are aiming at the untapped market opportunity that is available. In addition to the marketing and hiring activities, there are few smaller acquisitions in pipeline for us to enhance our business operations.”

CarDekho.com’s revenue has grown three-fold since 2013 when the company received series A funding of USD 15 million from Sequoia Capital. The lead generation has been doubling Y-O-Y. CarDekho.com has seen a traffic growth of 45% over previous year which clearly makes CarDekho.com the most preferred auto car portal by people. Riding high on the company’s growth and expansion plans, CarDekho.com had acquired another popular automotive portal, Gaadi.com late last year for its used car portfolio, innovation in the segment and talented workforce. The combined volumes of CarDekho.com and Gaadi.com position them as the largest players in online auto classifieds space by revenue and traffic in the country.

Rolling out the company’s plans for the year, Mr. Anurag Jain, COO and Co-Founder, GirnarSoft said, “We are currently in the agile mode of expansion and our marketing initiatives are well aligned with our fast paced growth. We are focusing on uplifting and strengthening the brand presence through various activities this year. We would also be looking at doubling our workforce by hiring 1000 more people this year”.

The automobile space has created the largest market value among vertical classifieds and globally public and private companies in the space are together valued at over USD 50 Billion. Given that India is soon to become the third largest car market in the world, CarDekho.com, which is India’s undisputed #1 player, is poised to create significant value for its shareholders.