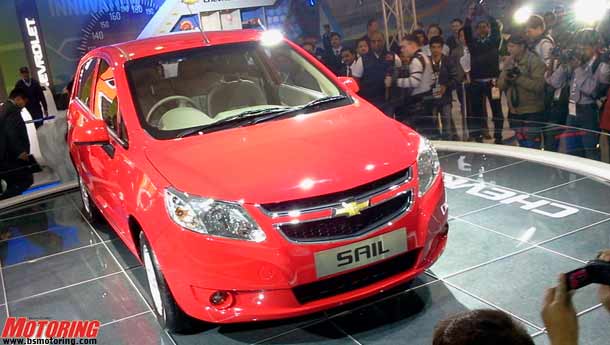 The domestic car segment is expected to gain momentum from January 2013, when market sentiments improve further.

“This year, the car segment has been rather sluggish due to high fuel and input costs coupled with high interest rates and negative market sentiments. However, we are confident that the market will pick up soon,” General Motors India vice president (corporate affairs) P Balendran said here.

To a Business Standard query, he said the interest rates had peaked out and were likely to fall further in January 2013, which would further improve market sentiments.

“Almost 85 per cent of the automobiles are financed and low interest rates have considerable bearing on the market,” he underlined.

He was in town to launch the new Chevrolet Sail U-VA in Uttar Pradesh. It is the premium hatchback from the General Motors stable. Launched in both petrol and diesel versions, the base price of the car is about Rs 4.51 lakh, which goes up to Rs 6.70 lakh.

“During 2011 calendar, we had sold 5,700 cars in the state and this year we have already clocked sales of 4,000 units, which has to be seen in the backdrop of the sluggish growth in industry this year,” Balendran added.

Sail U-VA has been categorised in the Mini B2 segment, which clocks nearly 50,000 units per month in India. This segment accounts for 38 per cent of the cumulative car market and has grown by 48 per cent during the last 3 years.