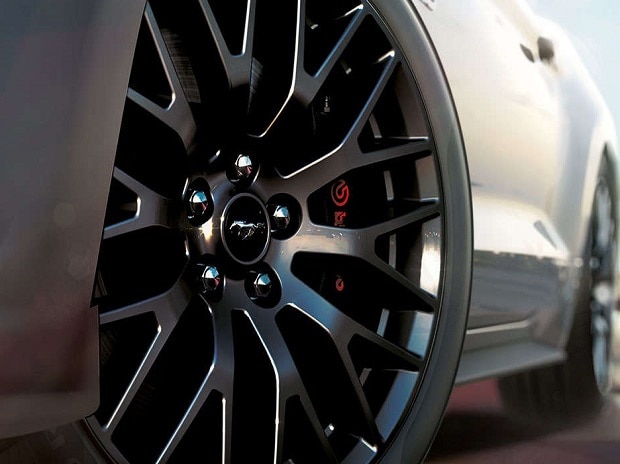 Recovering from the speed-breaker of demonetisation, the domestic passenger vehicles market is likely to cruise to the three-million sales mark by the end of March. The strong growth in February has helped.

Prime Minister Narendra Modi on November 8 had announced the demonetisation of old Rs 500 and Rs 1,000 currency notes. In November, growth was only 1.8 per cent, and in December it declined by 1.3 per cent. But the figures started improving in January this year, touching 14 per cent.


Domestic passenger vehicle (cars, vans and utility vehicles) sales from companies to dealers are estimated to have surged by almost 10 per cent last month, to about 251,700 units. Seven companies, including Maruti Suzuki, Tata Motors and Toyota, posted a double-digit growth rate.


February growth was led by market leader Maruti Suzuki, which clocked an increase of 11.5 per cent in domestic sales to 120,599 units. Growth was helped by higher volumes in compact segments, which includes vehicles such as the Baleno and Ignis, and utility vehicles such as the Brezza. The company enjoys a market share of about 47 per cent.


Rakesh Srivastava, senior vice-president (sales & marketing) at Hyundai, said the impact of demonetisation was wearing off and customer sentiment was improving. Utility vehicle major Mahindra & Mahindra saw a decline of 13 per cent in February sales. A declining trend has continued for the home-grown company since demonetisation. The company sells a large chunk of its vehicles in rural markets where most buyers used to rely on cash for making part or full payments.


Tata Motors continued its growth performance in February as well. The company’s passenger vehicle sales grew 12 per cent to 12,272 units. Japanese car maker Toyota continued its growth run, helped by the new Innova and Fortuner. “We managed 12 per cent growth in February as both the new Fortuner and Innova Crysta have been performing consistently,” said N Raja, director and senior vice-president (sales and marketing) at Toyota.


Toyota’s Japanese peer Honda returned to positive territory after more than a year of decline in volumes, helped by launch of the new City, its best-selling car.

Yoichiro Ueno, president and chief executive officer, Honda Cars, said, “The market had shown positive sentiment during February and we have also benefited. The company has received over 10,000 bookings for the new City.”


Strong double-digit growth in sales has also been seen by Renualt, Ford, Nissan and Volkswagen.


Renault posted 27 per cent growth over last February. Its alliance partner Nissan also improved sales by 25 per cent. Ford and Volkswagen posted growth of 52 and 57 per cent, respectively.


“The impact of demonetisation is slowly phasing out as the currency circulation is coming back to normal. The companies with better-performing new launches continue to grow,” said Abdul Majeed, partner at PwC India. 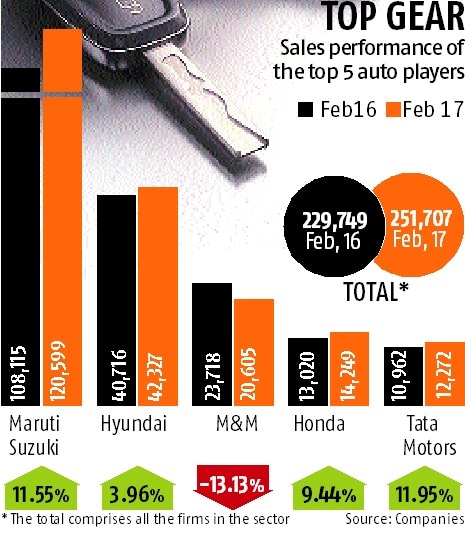