Car makers have a good September 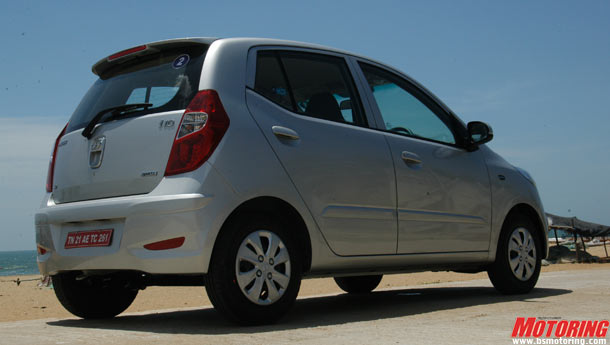 Analysts reckon that MSIL’s inventory levels have been marginally higher ahead of the festive season, given that the company is expected to raise production capacity by about 10,000 cars per month from October. Sales in 2010-11 are expected to clock 22-24 per cent y-o-y growth, but raw material costs and higher royalty payment will hurt margins.


Mahindra & Mahindra (M&M) saw sales volume jump 25 per cent sequentially in September. This indicates a relative easing in supply of components, as the company has added a supplier each for at least one key component. A key boost came from the recent launch of small truck Maxximo, which has boosted sales in the light commercial vehicle (LCV) category by 22 per cent on a sequential basis and over 50 per cent y-o-y. Floods in North India dragged tractor sales by 30 per cent sequentially. However, the sales rose three per cent on a y-o-y basis. M&M also entered the motorcycle segment and launched two models in the 110cc and 350cc space. A price rise of Rs3,000-8,000, effective October, across products was aimed at passing on the higher input costs.

Tata Motors’ domestic vehicle sales dipped two per cent sequentially in September (although 23 per cent up y-o-y), affected by capacity constraints and component shortages, while Nano sales dipped 32 per cent. LCV sales also dipped eight per cent sequentially during the month. Issues regarding Ace are expected to ease once Nano production shifts completely to Sanand facility. The company resorted to price hikes of Rs4,500-14,000 for cars, Rs7,800-10,300 for utility vehicles (UVs) and Rs5,000-40,000 for its commercial vehicles (CVs) in the recently-concluded quarter. Analysts say price rises will cushion higher costs, but earnings before interest, tax, depreciation and amortisation (Ebitda) margins are expected to compress. However, the improvement in JLR sales, alongside robust demand environment, bolsters the overall outlook.

Going ahead, sales are expected to stay strong despite price rises and higher interest rates. But Ebitda margins may not tune to a similar pitch on account of higher raw material costs and the new emission norms effective October. However, strong demand will help pass on some of the costs to customers, aiding auto manufacturers from some of the negatives.