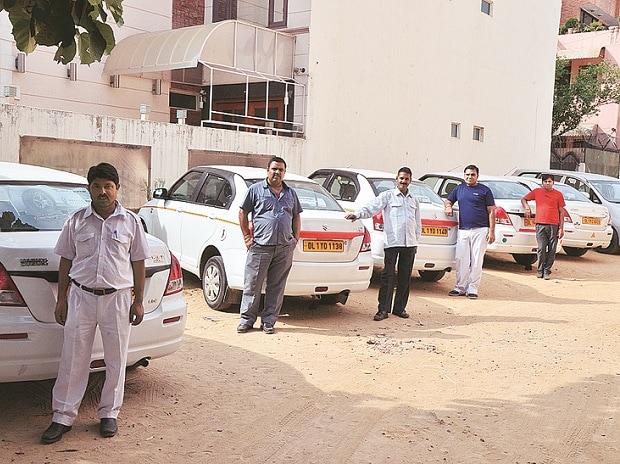 In the first nine months of this fiscal, Maruti Suzuki India Ltd (MSIL) has sold over 60,000 cars to cab aggregators, which constitutes approximately 6 per cent of the company’s sales. For the full fiscal 2015-16, MSIL had sold 48,000 units to cab aggregators.

Buoyed by app-based cab aggregators, the domestic market, which is still in a nascent stage, is on course to account for 15-17 per cent of total passenger vehicles volume by the financial year 2020. OEMs are thus keen to tap this opportunity; domestic automobile majors including Tata Motors, MSIL, Mahindra and even German luxury car maker BMW have tied up with aggregators like Ola and Uber.

Sample this: In FY16, 5.8 per cent of MSIL's sales came from the taxi segment; for Tata Motors it was 35 per cent, for Toyota 23.9 per cent and for Mahindra it was around 20 per cent, highlighted a recent Icra report.

Icra feels that while in fiscal 2016, fleet sales including to cab aggregators accounted for about 9 per cent of the passenger vehicles volume and this is expected to almost double to 15-17 per cent by fiscal 2020.

In fact, Subrata Ray, senior group vice president, Icra told Business Standard that taxi segment volume will witness strong double digit growth in FY17, resulting in their share in domestic PV sales to increase from 9 per cent in FY16 to 11 per cent in FY17.

MSIL has witnessed significant growth in the segment this fiscal. A company spokesperson said, “In the first nine months of FY17, MSIL has seen a growth of about 67 per cent over previous year in sales to cab aggregators. It is difficult to estimate the size of the market. But given the running cycles of cabs which is more than personal vehicles, we foresee shorter replacement cycles for the cars. This will trigger demand for cars.”

The company now has a special product offering in the form of Dzire Tour for this segment.

Shekar Viswanathan, vice-chairman, Toyota Kirloskar Motor said that when a specific car model sees traction in the taxi segment it is actually a positive testimonial for the quality and durability of the vehicle. “This is because on an average taxis are in use for 16 hours a day, while private cars are used for about an hour a day or so,” he said.

Viswanathan also felt that the stigma associated with a car model becoming a popular taxi devaluing its brand is almost gone now.

Even popular personal cars have seen significant traction from fleet operators and this has not dented their popularity. For example, Japanese carmaker Honda Cars India Ltd has witnessed this for its compact sedan Amaze. “Apart from personal usage, Amaze has particularly picked  up in aggregator market and almost 18-20 per cent of the Amaze sales in this fiscal year have come from this segment,” said a Honda spokesperson.

Last December, Tata Motors had decided to start selling its hatchback Bolt to taxi aggregators. The company had said then that it was repositioning the Bolt for aggregators as they see good traction there. Mayank Pareek, president, passenger vehicle business unit had said that the company cannot ignore aggregators.

This was in contrast to what the company had declared in 2014. It had then said that no new models beginning with the Zest (compact sedan) will be sold for commercial use. Bolt was launched in January 2015, but did not take off as the company would have expected.

A company spokesperson said, “We are finding that there is tremendous potential in this new emerging segment of app based cab aggregators and are receiving an encouraging response to Bolt, Zest, Indica and Indigo with them. Tata Motors will continue to focus on customer-centricity to offer transport solutions led by technology and design, whether it is for personal or commercial segment.”

Taxi aggregators, once hailed as threat to car makers, are now being seen as their saviours. It is estimated that aggregators like Ola and Uber have signed purchase orders with OEMs worth Rs 15,000 crore. In September last year Mahindra and Mahindra and Ola had tied up for 40,000 vehicles over two years.

Some companies have also started focusing on developing separate sales and marketing units to cater to this taxi segment.

Abdul Majeed, partner, PwC, felt that OEMs might look at developing dedicated service infrastructure for fleet operators and also sell through separate channels other than dealers.

Viswanathan said that Toyota already has an institutional sales team in place and they plan to strengthen it going forward which will bring down the cost of selling a car.