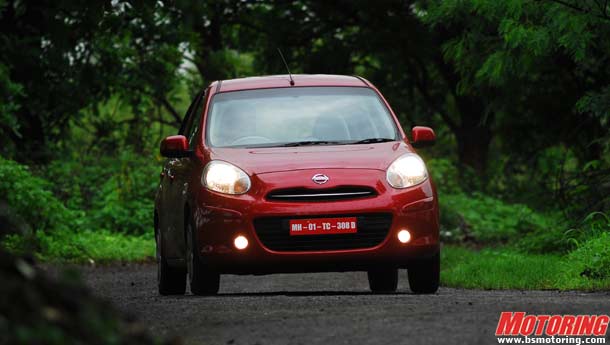 Domestic car sales may be on a downhill drive, but exports from India have risen 22.39% in April-August period this fiscal over the same period last financial year.

According to the latest data from Society of Indian Automobile Manufacturers, passenger car exports in April- August period this fiscal stood at 2,17,409 units as against 1,77,634 units in the same period last year.


The growth in exports is mainly on account of newcomer Nissan clocking good volumes, while Ford India has also managed to increase its overseas shipments by over three-folds during the period.

Nissan Motor India, which sells hatchback Micra mainly in Europe, exported 42,540 units during the period. In the same period previous year it had not started exports from India.

Ford India managed to increase its exports, mainly on the back of compact car Figo to 10,118 units during the April-August period against 3,168 units last fiscal.

Tata Motors also saw its exports declining by 24.83% to 2,806 units in the April-August period this fiscal from 3,733 units in the same period last fiscal.

According to industry analysts, the growth in export volume has happened despite slowdown in Europe, one of the major destinations for Made In India cars, as automobile makers have been looking out for new markets.

For instance, Ford added Mexico as a new market after South Africa and Nepal, while in the last year Maruti had explored destinations like Australia, Hong Kong, Taiwan Brunei and South Africa.

The growth witnessed in car exports from India is in contrast to the declining sales in the domestic market.

During the same April-August period this fiscal, domestic passenger car sales declined 1.26% to 7,43,358 units as compared to 7,52,856 units in the same period last fiscal.