Can you feel the beat? 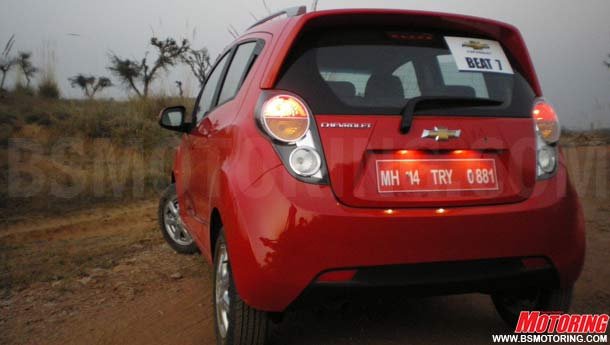 GM will unveil its third small car for India next month. But the jury is out on whether it can beat the competition

General Motors India is on a roll. It might have only shown a five per cent growth in sales in the first six months of the financial year 2009-10, but the company is busy preparing itself for the future. Its parent company has signed a deal with Shanghai Automotive Industries Corporation (SAIC) to manufacture commercial vehicles at GM’s two Indian plants.

It’s also busy launching models, with the Cruze sedan being its first major launch this year, and has already become market leader in its segment within the first month. The next big launch will be the Beat, the one car that GM is pinning its hopes on to significantly alter the company’s sales graph in this country.

Developed as a world small car, the Beat was chosen after three small car concepts were shown at the 2007 New York Auto Show and asked the audience to choose the one car they would like to see being produced. And it has pretty much stayed true to the concept as Ankush Arora, Vice-President Marketing, GMI puts it, “The car is about style, a thump in your heart. It races your heart beat.”

For the Beat is targetted at a segment within the B-segment that is the fastest growing, and looks are just one part of the deal. “The Rs 3.8-5.2 lakh segment is growing at 15-20 per cent year-on-year. Last year it was 28 per cent and this year it has already grown by 35 per cent”, says Arora.

So whom does he consider as competition? “ We consider the likes of the Hyundai i10 Kappa, Maruti Suzuki Ritz and Swift as our competitors. It’s based on a combination of product attributes, size, features and pricing.” With the i10 currently ruling the roost at over 10,000 units a month, and the Swift-Ritz combine selling over 13,000 units a month on an average, the Beat can really play the volumes game, and maybe even help increase the overall volume of the segment.

But Arora wants to position it differently from its competitors. “The rational attributes are of it being tough, smart and sexy, which will also be conveyed through our advertising and marketing communication”, he says. He doesn’t think that the presence of the Beat will cannibalise GM’s other small car models, the Spark and the Aveo U-VA, which he says, pull customers towards other rational aspects such as fun (Spark) and comfort and space (U-VA). Besides, the company also uses separate lines of marketing teams for each of its models, so it isn’t basket targets alone, but model targets too that have to be achieved.

The going for GM, however, won’t be easy though. Competition from Maruti and Hyundai apart, it will also have to deal with newer entrants like Volkswagen’s Polo, Ford Figo and Nissan Micra/March, all slated to hit the market within the next six months, and in the same space. All three products also boast of high levels of indigenisation, competitive pricing and the option of both petrol and diesel engines like the Beat. “The segment will be aggressive, and all new players will be aggressive. Product attributes and distribution will be the key differentiators here”, says Arora.

While the company will initially launch it with a 1.2-litre petrol engine when it goes on sale in January, it is looking at adding a diesel engine by end-2010, when its upcoming diesel engine plant at Talegaon, Maharashtra goes on stream. A high degree of localisation (60 per cent initially, 80 per cent by 2010) and an increase in dealerships to 250 in 2010 from the current 204, with enhanced reach in Tier-3 and Tier-4 markets will help matters for GM, as its new competition still has some way to go before it can match the bow-tie brand. Exports will follow, once local production has stabilised and the company achieves efficiencies of scale with enhanced localisation and uses its better negotiating position with suppliers with the entry of commercial vehicles.

The competition be better prepared to face the heat from the Beat.