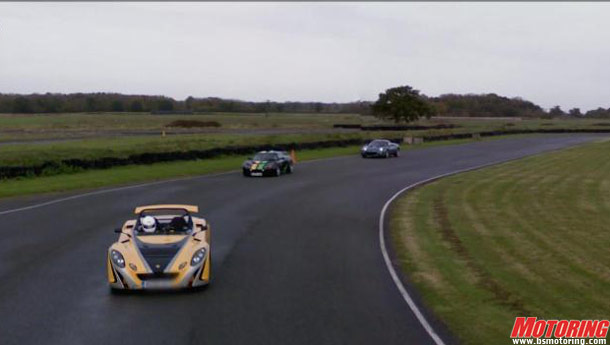 As a global slowdown dawns upon us, it's once again time for hectic and frenzied M&As. Companies which had aspirations during the upswing are now precariously becoming takeover targets. Look at Saab for instance - the bankrupt car manufacturer was banking on a slew of new models to keep it afloat, even a takeover by a Chinese car manufacturer. All of that has now gone up in smoke and the company's assets are valued to be worth just a few million dollars. Should Mahindra & Mahindra be interested?

A few years ago, when Spyker and Koenigsegg were in the running, I had speculated (and with right reasons) why Mahindra seems to be the right company for it. And while things did turn differently, they have come back to square one. Mahindra is, and if industry observers are to be believed, seriously looking at picking up a chunk of the assets of the once great Swedish car company, known for its turbocharged family cars.

And it's not just Saab that is part of the rumour mills. The Malaysian government owned Proton is looking to offload Group Lotus, a business that hasn't made money for many years. Lotus Cars, which has plans to put up to six new sports and supercars on the market in the coming years denies any such plans, but if it is indeed true, then it finds its future at stake. Lotus, known for making lightweight sports and supercars has found the going tough as the market has changed substantially over the past few decades. Colin Chapman's philosophy of a lightweight car may still hold true, but customers today want all sorts of luxury fitments in their sub 5-second sports or supercar and Lotus has struggled to address that need. While the new CEO, Tony Bahar may seem to be speaking the right language to some, time may run out for the Hethel-based manufacturer if a suitable suitor isn't found.

You may argue that a case for Mahindra isn't built here in any way. After all, Saab at least has four-wheel drive tech and machinery that Mahindra could do well with. So what does Lotus, a small boutique car manufacturer have to offer? Well it's two pronged. Many may not be aware of this, but Lotus Cars has been secretly admired by many at the helm of affairs at Mahindra. Sure it doesn't fit into the larger scheme of things at the UV, tractor and truck manufacturer, but with large cash reserves and terrific valuation, Mahindra should have little trouble in acquiring the company.

What's more, Group Lotus also has Lotus Engineering, a division that offers consultancy services to major auto manufacturers across the globe - to Mahindra as well. From performance to chassis tuning, Lotus has expertise that a company like Mahindra would love to acquire. It will not only speed up Mahindra's global aspirations, but help it develop its future range of vehicles at breakneck pace and up to international standards. And if OEMs don't mind Mahindra taking charge of things at Lotus Engineering, who knows, a significant chunk of Mahindra's topline growth could come from automotive consultancy. The growth curve of Mahindra's own engineers could rise exponentially and help the company bring down its product development times.

Which brings me to the question - will Mahindra bite the bait? I seriously hope they do.