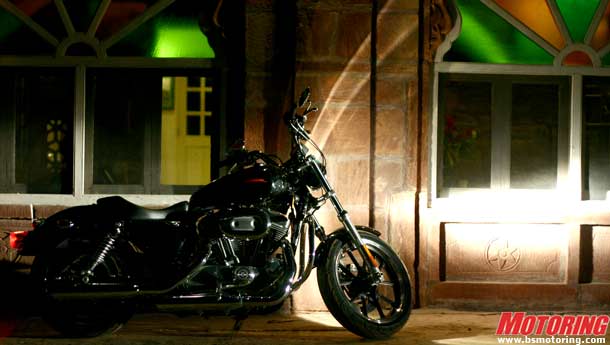 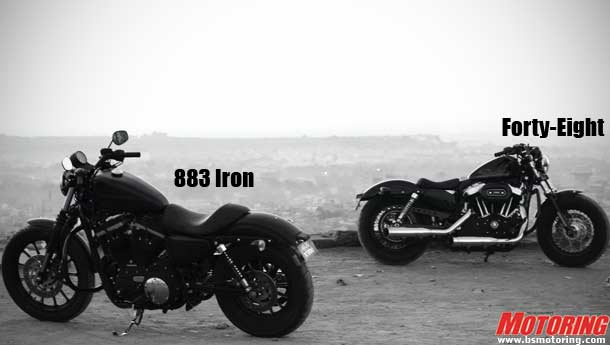 Hear this and let it swirl around in your head for a moment – a Harley-Davidson for Rs 5.5 lakh. A gleaming, brand-new, lovely sounding, chromed and polished H-D for not that much money. A Harley-Davidson which costs less than half of what a brand-new litre-bike costs in India. I’m talking about the 883 Sportster SuperLow, the cheapest Harley-Davidson coming soon to India. Bookings start in Jan 2011, so if you’re still wondering what to buy as a New Year’s gift for yourself, look no further. This isn’t in the same league as the big full-dressers, but that doesn’t mean it’s not a proper Harley-Davidson. As I found out recently on a media ride in Rajasthan, its feels nice to ride, sounds great (especially if you slap on those Screamin’ Eagle pipes!), is comfortable to tour short-medium distances on and looks fantastic, with the legendary V-Twin dominating the proceedings, like it should. It’s a proper Harley-Davidson, then.

But what the engineers have done is tweaked the front geometry and overall ergonomics to suit city riding much better. If you were ever intimated by big motorcycles, ride this and that fear is bound to disappear. If you want something beefier and more sinister-looking, their new 883 Iron is something to look out for! For Rs 6.5 lakh (ex-Delhi), it’s one helluva motorcycle. But the one that really took my motorcycling heart away was the one they had brought in to gauge reactions and feedback – the 2011 Harley-Davidson Forty-Eight. It’s has the bobber look down pat, with a minimalistic peanut tank sitting above a 1200 Sportster motor and a distinctive off-beat rumble that makes the hair on the back of your neck stand on end.

Each of these three Sportsters is impressive, especially the pricing on the SuperLow, but if I had to put my money on something, it would definitely be the Forty-Eight. If they get it down to India, that is. There’s hardly anything cooler.