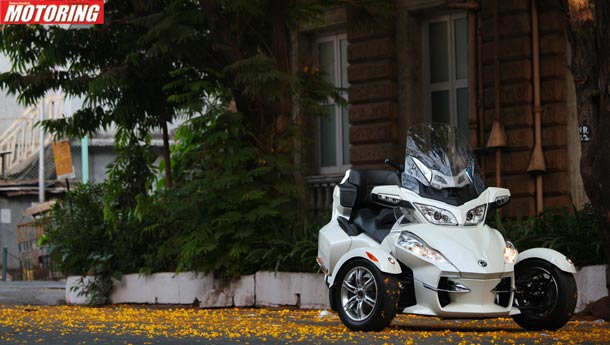 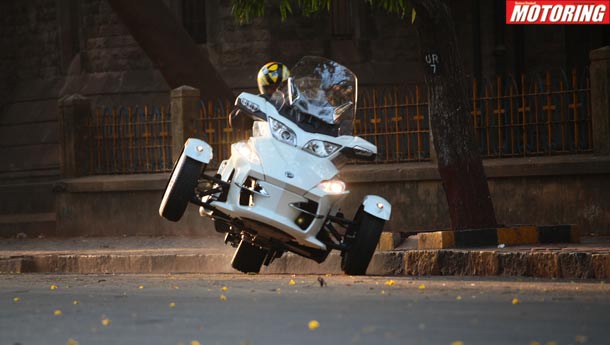 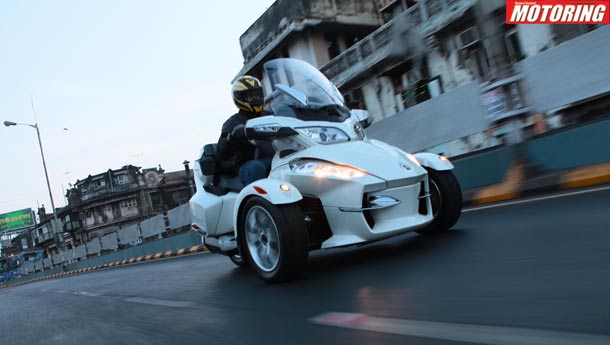 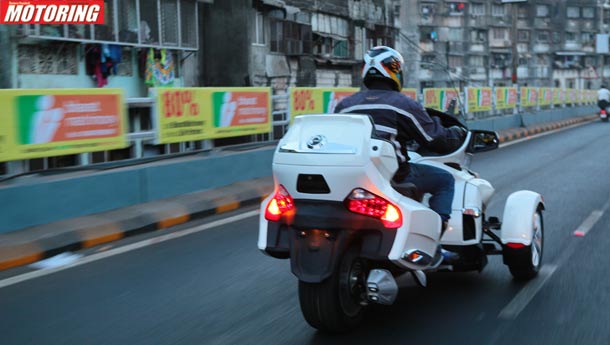 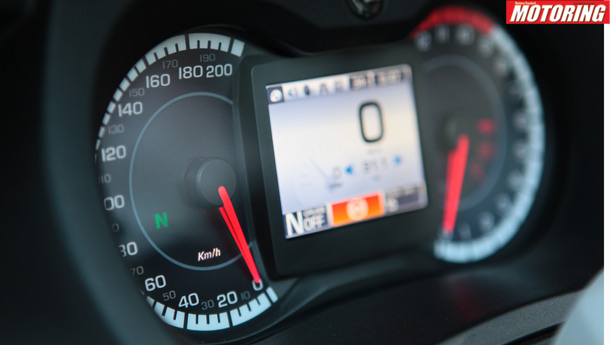 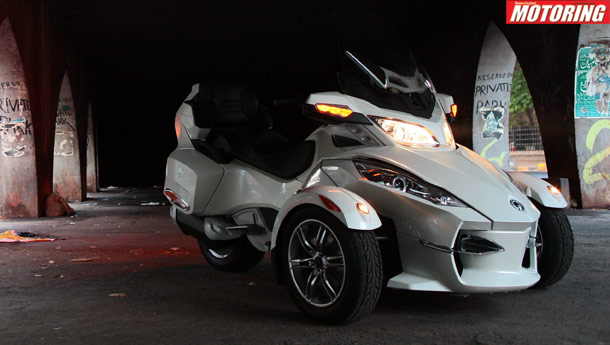 So, you’ve promised yourself a motorcycle trip – a fast dash to the beach. There is something magical about arriving at a beach-town, no? The calming sea-breeze which carries with it the waft of a mild fish curry burbling in many a household, the surprisingly clean mongrels that give you an aimless chase as you ride past... it’s just not possible to experience this from within a metal shell, unless, of course, if it’s the sort that lets you stow the roof away into the boot.

I am always game for a relaxed weekend at the beach. However, the increasingly good motorcycle luggage options available in the market are rejected by my want to travel light. Full-size tourers are great, but I can’t afford one, and if you don’t want to go through the effort of handling a heavyweight, apart from living in the fear of dropping one on your foot, you’re Bombardier Recreational Vehicles’ target audience. While you’re on the shore, feet up on a chair, a meditative gaze on the many silhouettes that appear before you as you fork out a crisp golden fried prawn downed by a mug of the chilled stuff, your mind needn’t wander on the discomfort of having left something essential behind, right?

That explains why something as outrageous looking as the Can-Am Spyder RT Limited exists. It’s a very agreeable holiday vehicle for born-again bikers, for people who don’t want to be chauffeured and even for, with some objection, motorcycle purists. If you, like me, belong to the last breed, you’ll perhaps enjoy the Spyder RT L (let’s call it that, shall we?) the most. Let me make it very clear – the RT L leans more towards ‘motorcycle’ than ‘car’ and familiarity with the former will go a long way in you staying sunny-side up on this machine.

All right, here’s how you do it. Swing a leg over, make yourself at home with the absolutely comfy riding position, and turn on the ignition. This gets the speedo and tacho dials to do a reverse sweep, followed by the screen in the centre coming to life. ‘Can-Am’, it says, in case you think it’s anything else. Once you’re past systems-check, you simply thumb the starter, listen to the giant V-twin come to life, push the smart thumb switch (to your left) to select first gear (and the rest of the five cogs) – and that’s more or less how it is right up to its top speed, which is in the region of 160 kph. Once you’re familiar with the gear selection procedure, it’s really just like a very large Activa. In fact, quite unlike what the pictures convey, the Acti...er, I mean, the RT L doesn’t feel barge-like at all. From the business end of things, it feels quite compact despite its dimensions and it didn’t take me too long to emulate the sort of stuff you’d do on a generic twist-n-go. Short of yumping it, that is.

Whack open the throttle and the RT L shoots ahead with a fierce determination that doesn’t fit with its friendly, if somewhat outlandish, appearance. There’s a 998cc V-twin motor in there, and it produces exactly one hundred horses (at 7,500 rpm), none of which you must take lightly. Even though BRT insists it’s in touring guise, the RT L is incredibly fast for something that has only one brake pedal. The no-levers situation can catch you off-guard!

And then there’s the handling. It helps if you know your way around quad-bikes, but doesn’t if you don’t. It is, of course, less volatile than a quad, but along the same lines. For gentle riding, the steering is effortless. Apart from mild input effort, steering the thing around is quite casual, although when you really want to push it, well, I suggest you don’t unless you want something memorable to upload on Facebook or YouTube.

I picture the RT L being a hoot to pilot on, say, a fast dash to Goa. The adjustable-on-the-fly suspension settings (extreme-soft to quite-hard) will take care of the bad bits once you get off the Pune-Bangalore expressway, the 11.01 kgm of torque will make light work of the slightly-over 500 km trip and those massive, superbly contoured seats will make the journey seem like the milk and bread run. The audio unit is iPod compatible and the FM stations I surfed through sounded crisp, though it won’t make a Bang & Olufsen unit go red in the face.

As if it wasn’t already apparent in the shots, there’s plenty of luggage space all-round and you can just about carry everything you own, except maybe your Ferrari and all your factories. The deal is, the Can-Am Spyder RT L makes for fast motoring, and is absolutely fun to drive, but unless you are pushing it out of its envelope, it’s something made to help you enjoy your immediate environment, rather than motoring itself. This will obviously come through clearly only once the novelty of this vehicle entirely wears off, whereupon the

RT L will be an excellent highway mile-muncher, with the thrills to boot.

Will it make it to my garage someday? Well, I can’t quite imagine the point in my life at which I would park the BMW R1200 GS in closer to the wall and head out to the beach on this instead, but given the funding, I’d happily own one anyway. The RT L would make for a super-commuter, an excellent companion on long rides and its rather fun handling makes for quite a literal interpretation of the term ‘on two wheels and a prayer’. At Rs 35 lakh, ex-showroom, (Shreyans, the official distributors of Ferrari, Porsche and Ducati in the country will get you one) the RT L isn’t cheap, but then the Mercedes SL is outdated and the Honda Gold Wing isn’t even sold here...