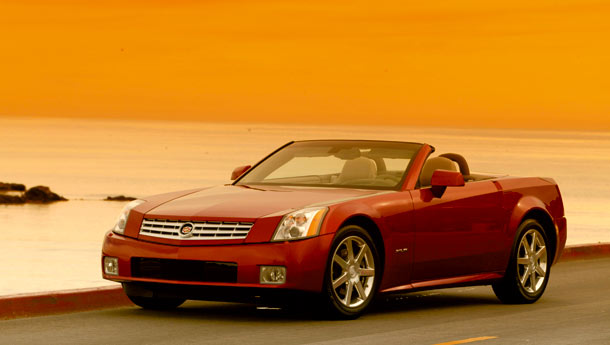 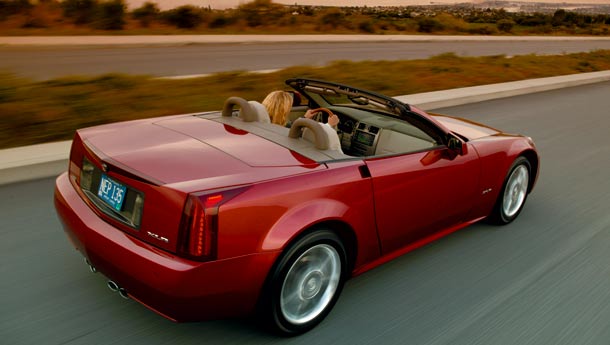 The air was so crisp that you could bite into it. The sun was bright, but looked a bit tired after enacting a near-perfect rising. The richest state in the world, California, was just about waking up to 2004. The long holiday season meant the windfall in orange orchards had changed the colour of earth to gold. I had a luxury roadster at my fingertips. And the top was, of course, down.

Really, an early January blast across the Californian landscape in a brand new American convertible can come very close to one of the finest automotive pleasures mankind can experience. Seeing the other side of 250 kph in a Porsche 911 turbo on a German autobahn, wailing through the streets of London in a Ferrari 360 Modena and travelling sideways in a Nissan Skyline GTR in a Tokyo suburb still have charm, mind you, of a different kind. And you thought I was driving a Corvette convertible? Excuse me, welcome to the world of luxury roadsters and the Cadillac XLR.

I had woken up earlier in the day to get a good look at the car and figured it must have been sculpted with the business end of a butter-knife. The story goes back to 1999 when GM stunned show-goers at the Detroit Motor show with the Cadillac Evoq concept. For a change, it didn’t look like anything else that wore a Cadillac badge and promised a new beginning for the richest of America’s automotive brands. Like all good design, it became a production reality and gave definite style direction to some of the most exciting Cadillacs ever to reach production lines – if you think the all-new CTS sedan and the SRX SUV look edgy, blame the Evoq. GM might try to argue that the XLR pays tribute to Cadillac’s rich history, but I would disagree completely. Except for the egg-crate grille, this car is the in-your-face manifestation of everything America wants to be today. Bold, aggressive, edgy and brash, even when you see it in a rear-view mirror. The XLR now rolls out of GM’s Bowling Green assembly plant in Kentucky and can be yours at a price cheaper than the Mercedes SL500, the Jaguar XK8 and the Lexus SC430 – and it is longer, wider, lower slung, lighter and more powerful than all these. Must be fun to drive, what say?


If the exterior of the XLR is sharp enough to make eyes bleed, the interior will apply some balm to take care of that. You get wood, aluminium and leather like in most luxury cars, but in the case of the XLR, these look like they were cut using precision equipment. No wonder then that they went to Bulgari of Italy to design the dials. Talking about shopping, the one-touch retractable hard top was designed by the same guys who engineered many a Mercedes convertible – Car Top Systems of Germany. It takes just 30 seconds of holding a button for the hard top to fold completely out of the way and into the trunk – transforming a peerless coupe to one of the best looking roadsters in recent times.

In the half day I had with the XLR, I tried to be cool and cruise around, played lunatic immigrant on the run and then a total nutcase who wouldn’t have made parole in 320 years – one for every bhp that I tried to experience on the Interstate 15. But then this is the state governed by that machine-immigrant on a roll, Arnie, and he would have certainly pardoned me if I told him that I got a bit carried away by the Northstar V8 powering the XLR.   Though the Northstar tag dates back to the Eighties, the newest interpretation of the engine is a massive 90° 4600cc V8 that benefits from four valves per cylinder and variable valve timing. And more electronic brain than the Terminator himself. This aluminium alloy motor is mounted longitudinally and for the first time, powers the rear wheels.

Barrelling down the interstate, it is easy to know why the Yanks are so in love with lusty V8s. No high-rev antics here, instead power delivery is more like milking a large Swiss cow with your very own hands – smooth, easy, and creamy. The Northstar is muted at most operational speeds but as your right leg begins to explore the depths of the footwell, you’ll hear the deep-throated snarl that only a V8 can emit. It won’t get your hair standing on end – instead it produces an unreal amount of turning force which can suck unsuspecting Mustangs into a vacuum. It is not Ferrari quick, though it will dismiss a 100 kph run in 5.9 seconds flat, but then no Ferrari comes with the burden of a fully retractable metal roof. And mind you, we are talking five-speed automatic gearbox here (mounted at the rear to give the car a virtual 50/50 front-to-rear weight distribution). The Hydra-Matic 5L50-E features driver shift control (a manual override mode which allows you to shift), performance algorithm shifting (which learns the way you drive and shifts accordingly) and performance algorithm ‘liftfoot’ (not many Cadillac engineers could explain what that means in a convincing manner).

In short, there is enough acceleration to push you back into the leather seats and enough top-end grunt to get you into serious trouble. I respected the law most of the time but in a weak moment (ask George Bush Jr what that means), decided to let the motor run amok and saw the head-up display (another Cadillac innovation) indicate a good 150 mph (240 kph). I slowed down only because I was afraid that my good friend Murad Ali Baig, who was navigating for me, would go completely bald.

Off the interstate and into a narrow, twisty bit of highway bordered by orange orchards, the XLR showed why it could run alongside the best of Euro competition. The new performance car architecture of GM which is made of hydro-formed steel perimeter frame rails, an enclosed structural tunnel, an all-aluminium cockpit and balsa-cored (yup, wood!) composite floor provide the XLR with exceptional rigidity and handling hitherto unheard of in an American automobile. It is not always that you get press literature for an American car that boasts lateral acceleration figures – 0.9g to be precise. The suspension system comprises double wishbones, Ferrari-style, at each corner and transverse mounted composite leaf springs front and rear. The result is sharp turn-ins and unbelievable road holding – partly helped by brilliant Michelin ZP run-flat rubber.
Like in all new Cadillacs, the XLR features magnetic ride control that gives the car real time active damping. The ride quality is stiff and can get terrible on bad roads but then you won’t drive a 320 bhp sports car over fossilised lava flows, right?

Variable speed steering, lots of active and safety features, adaptive cruise control, keyless entry, a nine-speaker Bose audio means the XLR comes loaded. But the fact that it was a bit too loaded was the only shortfall I could think of when I parked the wedgiest car that I have ever driven. Instead of providing a hardcore sports car experience, GM engineers had to compromise and give it luxo-bits in abundance. After all, it is the Cadillac destined to spell ‘Standard of the World’ for years to come, right?