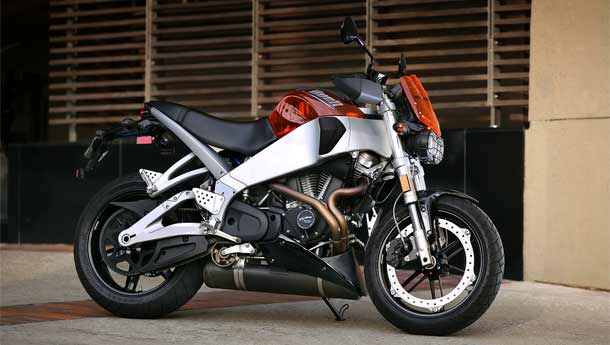 Firebolt, Lightning, Thunderbolt, Battletwin, Cyclone, Road Warrior - they all sound like World War II combat aircraft, don’t they? Goddam, the Americans really know how to name their machines. Three of these names were actually bestowed to actual aircraft from the period but where all of these names were employed was in the Buell Motorcycles factory. Erik Buell, an ex-racer, businessman, entrepreneur, motorcycle designer, engineer and passionate motorcycle nut all rolled into one, founded his company to create what he thought would be the perfect road-going, race-inspired motorcycles, using twins procured from his earlier employee - Harley Davidson. After initial hiccups, Buell started to get it right, garnering commendable reviews from the press and the riders alike, for making unique, quirky motorcycles that had enough innovative engineering and character to set them apart in a crowded market space.

Of the whole lot, the series that I instantly took a liking to was the XB9/XB12 series. Now, in a market that was flooded with peaky four-pot rice rockets from the land of sushi, this was like a breath of fresh air. And it was, in most parts, proudly American. The powerplant choice was odd indeed - I mean, who powers a sportsbike with a chugging Harley twin?! - but the characterful, torquey, air-cooled, pushrod Harley V-Twins proved to be enjoyable, even when employed in a compact sportsbike chassis. Buell employed radical engineering techniques based on his experience as a racer and an engineer to come with the ‘Buell Trilogy of Tech’. Every motorcycle that carried a Buell badge on its flanks had to adhere to three key principles - optimize mass centralization, shed unsprung weight and third, make the chassis as rigid as possible.

And they took those principles to heart. For example, the muffler was underslung at the lowest, most central part of the motorcycle, the fuel was actually carried inside those chunky frame spars, the oil was carried in the swingarm (!), the tank was actually the airbox - basically, everything to maximize mass centralization. Secondly, to reduce unsprung weight, Zero Torsional Load (ZTL) braking was deployed with one rim-mounted front disc along with inverted forks - Buell claims that they were first to put the later on a mass-production bike.

Thirdly, despite talk about engineered chassis flex being the best way forward, Buell engineered their chassis to be as rigid as possible. It also ran a belt drive (on a sportsbike!) that deployed Buell’s Immediate Throttle Response System that virtually eliminated drivetrain lash and was also zero-maintenance.

With a tight compact chassis that was radically engineered towards great handling, a wheelbase that was shorter than 600cc supersports, a torquey 11.6 kgm twin at its heart and great ergonomics, it was an absolute hoot to ride. This characterful, quirky, fun-to-ride motorcycle quickly became a stunter’s favorite, a backroad corner-carving hoot and a perfect urban tool. It’s still holds the record for the world’s longest endo.

What’s funny is that I haven’t actually ridden this entry in my ‘Favorite motorcycles of all time’ list but I guess I’ll ride it one fine day, hopefully in the near future. Hey, when it has to happen, it will happen, right? And every single day, I hope that that philosophy holds true for the one thing that sits on top of my list as well - the Britten V1000.