Budget Expectations of a Startup- 2016

Mr Arun Jaitley, the finance minister is slated to present his third Union Budget (since 2014, when the alliance stormed back to power) in the lower house of Parliament on February the 29th.

The Modi-government rode to power on the crest of a development wave. Considering Mr Narendra Modi’s track-record in Gujarat, we have no reason to suspect that this was a mere election gimmick. To unleash India’s full potential and to make sure that “Acchey Din Aane wale hain” (Happy days are here again) doesn’t end up being just another ephemeral catchphrase, it is imperative for the NDA government to ignite the spirit of entrepreneurship in the country. 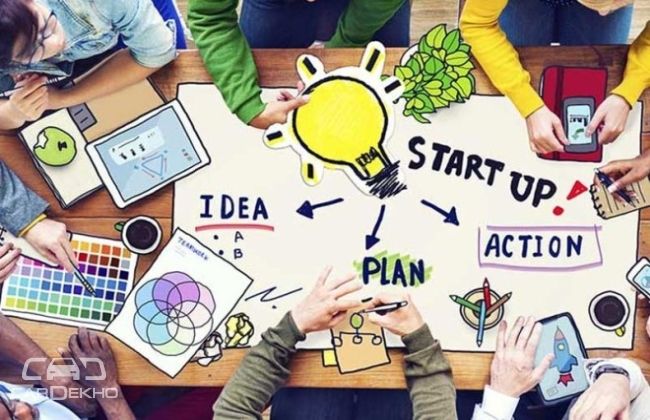 We have had a raft of startups in India in the recent past. Flipkart, Snapdeal, CarDekho, Zomato, InMobi to name just a few. They’ve been able to bootstrap themselves into the upper echelons without much support from the government. Or rather despite the government, considering the environment in this country isn’t very conducive to setting up a new business. In a list of 189 countries compiled by the World Bank, India ranks at 155 in terms of ease of starting a business (New Zealand ranks top in the list). India is slightly better than countries like Haiti, Myanmar, Chad and Suriname. That’s a cold comfort! Even in terms of ease of doing business, India ranks at 130, which means that the environment is not that conducive for the industry and many reforms need to be announced if India wishes to be in the list of top 20. What the government needs to do?

Business startups provide an indication of competition and dynamism in an economy. New businesses are key for the economy to grow because a small segment of today’s startups will become tomorrow’s successful business enterprises. Thanks to the zeal and passion of their promoters, all successful startups have been able to achieve rapid growth in a short span with all-embracing funding support from venture capital investors. But it goes without saying that hundreds of other newbie entrepreneurs have fallen by the wayside, not the least because of lack of support from successive governments.

The government launched the ‘Startup India’ initiative in January this year. With the objective to promote a culture of entrepreneurship, the government announced a bag of incentives including a Rs 10,000-crore corpus for innovation-driven enterprises, a three-year break from paying income tax on profits, a Rs 500-crore per year credit guarantee mechanism, and exemption from capital gains tax for Startups. The moot point to consider here is, how many Startups will actually be able reap the benefit of this. 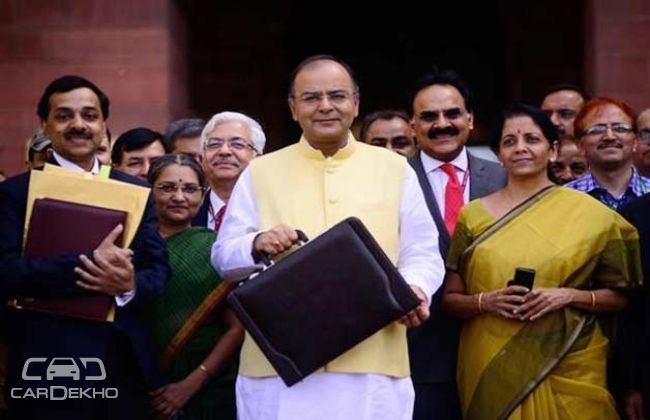 The government has recently notified the definition of a ‘Startup’ and other requirements to be fulfilled in order to avail the said benefits. The notified definition states that a company shall be considered as a ‘Startup’ if it satisfies certain conditions (must be in existence for upto 5 years, turnover not to exceed Rs. 25 crores and working towards innovation and development of new products, processes or services). Moreover, in order to obtain benefits, a qualifying startup is also required to obtain a certificate from the concerned authority.

Considering the culture and ecosystem of a Startup environment, these conditions seem to be harsh and must be relaxed to have a wide coverage. More impetus must be given to make the environment more conducive for the Startups.

It was also announced that a Startup will be exempt from paying income tax for a period of three years; however, it is very unlikely that Startups will have any profit situation in their initial teething trouble phase (which lasts for atleast 5-7 years). This three year exemption should apply to Startups once they start earning profits. Moreover, there is no mention of Minimum Alternate Tax exclusion for Startups. To see Startups as effective instruments for India’s transformation, the government needs to come out with a special package/ entrepreneur-friendly taxation regime.

Infrastructure companies in the business of constructing roads, bridges and generating power enjoy tax holidays for years on end. Would it be too big an ask for startup companies to expect the new government to dole out some tax incentives—on the direct as well as the indirect front—in the upcoming budget? We have had provisions, like Section 80IA/IB, in the Indian Income Tax Act allowing deductions to newly-established businesses. But they had a sunset clause. It’s high time the government reintroduced those provisions for startups in the manufacturing as well as service sector.

Startups go through a roller-coaster ride as far as their bottom lines are concerned. As the business scales up, costs go up. Margins can’t always keep pace with the surge in operational costs. So startups have a very good case of being allowed to carry-back their losses for up to 2 years to be set off with the profits, if any, they have made in the last couple of years. There is already a provision of carry forward of losses in the Income Tax Act.

In India we have a myriad of taxes, not the least of which is the property tax that we pay to the local municipal corporation and the electricity duty we pay to the state electricity board. It wouldn’t be asking for the moon on the part of the startups to expect the government to make their struggle a little easier by waiving these taxes/ duties. The government might consider exempting the startups investing in new manufacturing facilities from either paying property tax altogether or allowing them a full/partial recovery a few years down the line. The refund of electricity duties that form a sizable portion of the electricity bills is also a moot point.

Startups within a prescribed limit of seed capital could be given interest subvention on bank loans or even government grants. We have thousands of brilliant entrepreneurs in this country with innovative business ideas germinating in their brains. But in the absence of affordable funding, those ideas remain just pie in the sky and never get translated into reality. Though the government has announced a 10,000 crore fund and 500 crore per year credit guarantee mechanism, the same is also coupled with certain conditions which many of the Startups may not be able to mollify and hence, would remain barred to take the benefit.

Angel Investors coming forward to stick their necks out to pump millions into a new venture based on the promise and potential they see in the promoters need to be compensated and encouraged to keep doing that. Entrepreneurship is all about risks and rewards. It wouldn’t be out of place to ask for a tax credit of up to 35 paise for each rupee the initial investors put into a new business.

Business is more about people and less about numbers. Payroll costs eat up a large pie of the lean profits of a fledgling business still struggling to get its feet wet. What the government could do is allow the startups a tax deduction of 20% of the amount they have disbursed to the new recruits by way of salaries and incentives for the first three years. A flat rebate of Rs 50000/- for each fresh job created/new hire would go a long way to ease the payroll burden of a startup company. We already have a provision in the Income Tax Act, the coverage of which was expanded by 2015 Budget to include all assesses (even non-corporate assesses) having manufacturing units. But the provision still covers only manufacturing activities and keeps service activities out of its ambit. India is a service economy. It makes little sense to deprive those in the service industry from this tax benefit on their payroll costs. 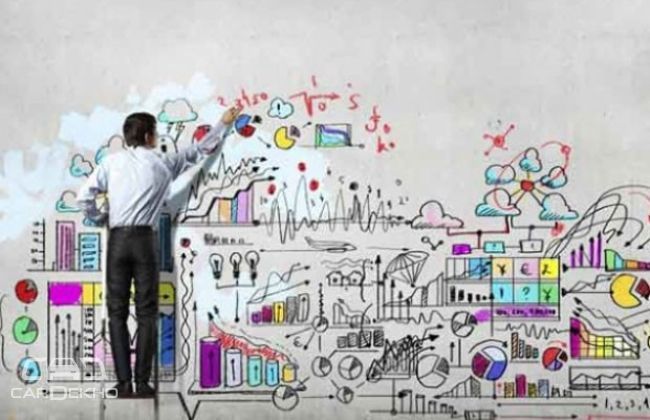 How about letting the startup companies retain their VAT/Service tax collections for a few years till they are out of their gestation period and then converting that liability into unsecured loans, to be squared up by a stated deadline? It may also be a good move if startups are allowed to defer the regulatory compliances or even no tax or scrutiny notices for first five years. This would help to focus being aligned more towards the growth and development of business. The Goods and Service Tax (GST) is high on this government’s agenda. Startup companies will benefit as much as anyone else from a unified Indian tax territory not only in terms of tax savings but in terms of reduced compliance burden as well.

The Finance Act 2012 had injected a clause in Section 56 (Income from Other Sources) of the Income Tax Act which states that any private company, issuing equity to investors other than venture capitalists, has an onus to prove that the amount it has received over and above the face value of the shares is not its income disguised as share premium. This has to go, at least for startup companies as most of the startup companies are funded by angel investors in their initial startup phase. Although the law does lay down a methodology for the taxpayers to convince the Income Tax officers across the table that the funding they’ve got indeed represents the market value of their shares, it would be better if startups are let off the Section 56 hook.

Startups need to participate in trade shows in their quest for newer domestic and international markets. It would be wonderful if the government can launch a Trade Show Assistance Program that allows newly-setup businesses showcasing their wares/services in these shows. A reimbursement of 50% of the costs incurred on account of booth rental, equipment rental, promotional material costs, shipping and drayage costs in transporting the promotional material to the booth site and back and other utility costs incidental to partaking in the trade shows/exhibitions would give the startups a huge fillip.

To conclude, no doubt the government is taking initiatives to create a favorable environment for Startups but the need of the hour is a simpler and more-friendly regulation regime.

Don’t mollycoddle the startups. Give them tough love.