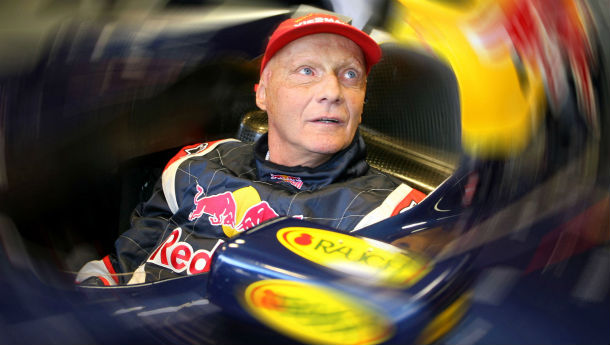 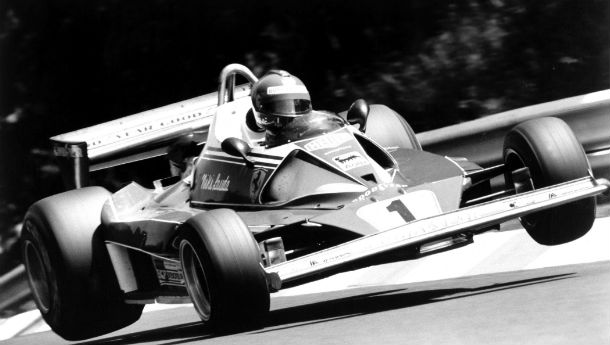 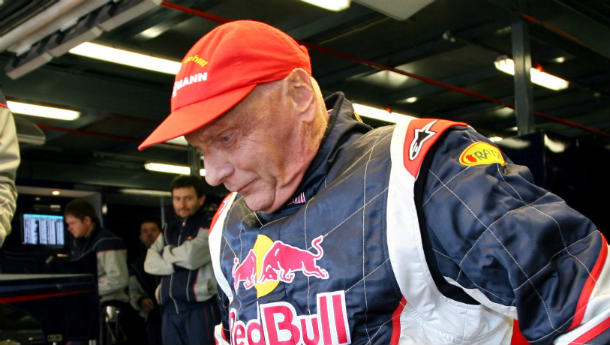 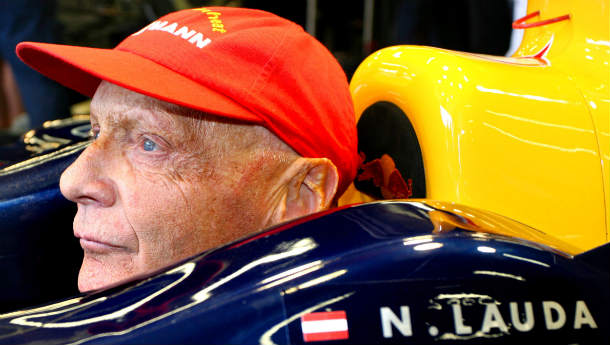 ‘The Seventies were a better time... in every respect.’

Niki Lauda says this with a rather gleeful look in his eyes and just the hint of a smile playing on his face. Adding ‘You’re too young, you wouldn’t know.’

Immediately I find myself wondering why my progenitors hadn’t sped things along a little. If they had, I could have been born just in time to watch Niki Lauda and James Hunt jostle it out for the crown in the 1976 season of Formula 1. I’d have also witnessed Lauda come back from the dead after that horrific crash at Bergwerk corner and seen him rightfully take his place on the list of the most heroic sportspeople of all time. And, more importantly, I’d have seen and done enough to be privy to that knowing look in his eyes, shaking my head at other young ’uns and telling them that they’d missed the good old days.

It’s raceday at the Buddh International Circuit and I’ve managed to corner Lauda into having a quick conversation with me after catching sight of him through some glass panels, nearly coughing up half my breakfast and walking hurriedly (running might have made me appear too keen) down the paddock after him. And a short while later, we’re sitting in the Mercedes AMG F1 hospitality area, chatting away. The conversation suddenly seems to have turned to how, on landing in India, Niki had noticed a man riding a motorcycle without a helmet. It’s at this point that I gently remind him of the many photographs of him arriving at racetracks on a motorcycle, with not a trace of a helmet anywhere in the frame. Lauda is quick to snort ‘But that was the Seventies!’ before explaining to me that the decade needed to be experienced to be believed.

And seeing as how I have missed the decade, I have no choice but to rely on the tales that Lauda tells me, and the images they conjure up in my mind’s eye. Stories of a different time in Formula 1, when men would go motor racing with the knowledge that there was a chance they quite simply wouldn’t come back. As he puts it so matter of factly, ‘In my day, every year, two guys got killed. Every season.’ Yes, Formula 1 back then was all about racing, recklessness and outright risk. The type that you had to carefully contemplate before getting into the sport. ‘You had to think before, “Do I want to take the risk to kill myself or no?” Principal decision,’ he declares, looking at me sternly as though to impress upon me that I must not take decisions like this lightly. Decisions that he believed were fully worth it. He talks of how he chose to make the move to F1 against his family’s wishes, taking loans from banks and managing to fund his own racing career when he started out. ‘I loved the sport, I loved to win, I loved to be competitive,’ he says with such vim and vigour, I’m half expecting him to don a pair of racing overalls, march out onto the grid, climb into a racecar and go right out and win the Indian GP.

So, the crash in 1976 was not a big surprise. ‘I was positive surprised I was still alive,’ Lauda continues, smiling all through. It’s amazing the things the three-time world champion manages to say with an amused look on his face and it’s also evident that he still is a man of infinite courage and nether regions of steel. Bergwerk was never to be Lauda’s undoing, and stopping racing never crossed his mind. ‘I only had to decide when I was getting fit again... when the doctor said I’m going in the right direction, then I forced myself to take a decision.’ Well, decision made, helmet on, the Italian GP was go for him.

But that wasn’t the only tough decision he had to take that season, pulling out of the last race because he believed that the conditions were far too dangerous for driving. ‘The conditions on the circuit for me and five other drivers – not only me, they also stopped, no one knows this – was ridiculous.’ And there’s not a hint of regret in his voice, because, he doesn’t believe he lost the championship by refusing to compete in the last race. ‘I lost it because I nearly killed myself in the middle of the year, I missed two races. I can bring this also as a reason why I lost the championship.’ Again there’s the smile.

And did he prefer that James Hunt won the title given that they were friends? ‘Yeah, yeah, yeah. I prefer Hunt to be world champion than any other, because I know him... I knew him, so for me it was fine.’ It was a different era back then and even though Formula 1 was all about the playboy driver, there were still gentlemanly displays of sportsmanship. Hunt said after the victory, “This really is Niki’s championship, but I am very happy that I can take his championship for mine.” It was a very nice sentence he said in those days,’ and for just a moment Niki Lauda seems lost in his own thoughts.

Then he’s back, quickly telling me that Hunt and him weren’t friends. ‘I had a good relation with Hunt, even if it was not shown much. I always respected him as one of the nice guys, but we were not friends, you know what I mean? Back then nice guy is the most you could expect,’ he declares. But the fact that F1 was more relaxed back then must have helped them a good deal. And Lauda is quick to declare that it wasn’t really more relaxed. ‘We were very egocentric, selfish people. And this was important to be like this to overcome the risk. And as we’re selfish and egocentric,we have a lot of room around us in a way.’ He goes on to say that it also meant that good press or bad press didn’t affect them one bit. ‘We had more freedom, because it doesn’t affect you, because if you write bad about me then I don’t care. It’s a difficult world today,’ he sighs. And so, in order to get a more accurate understanding of what he’s saying I ask whether all the parties and revelry were just ways to cope with the dangers of the sport, a defense mechanism perhaps? ‘Correct,’ Niki affirms. ‘But a happy defense mechanism,’ he says with a thoroughly wicked grin on his face.

Eventually though, he had enough of the sport. ‘I got bored, so I went off for a rest.’ But after two years the feeling, the one that only racers can understand came back. ‘First of all it’s in your blood anyway,’ Lauda says to me, as I contemplate recruiting him to be BSM’s mascot seeing as he’s almost delivered our slogan so nicely. But then, quickly remembering the astronomical figures sponsors get charged for a logo on his signature red cap, and I’m focussing all my attention once again on what he has to say about his comeback. ‘For me, the big motivation was, after two years no driving and starting an airline and working in the normal business, can you do it or not?’ Apparently, as another world championship title would attest, he certainly could. ‘I came back and I think the second race I won again, and everything was fine!’

But things in Formula 1 have changed since his second retirement as well. ‘We had to change gears manually, and they do this with the fingers,’ he wiggles his hands in front of him. ‘To operate a car today is much easier,’ he declares. ‘But to go on the limit and to do the quick laptime, it’s still the same problem as the old days.’ Good thing some aspects of the sport remain unchanged.

There are plenty more tales Lauda regales me with. He talks of safety and fitness in Formula 1, both then and now, of his son Mathias’ career, of his role in Mercedes GP, of Michael Schumacher’s comeback to Formula 1, before he needs to leave. After all, he’s kept Norbert Haug waiting for a long while, already. Before he’s off he stops and asks, ‘And what about you? What are you doing here?’ I hurriedly mumble something about being a motorsport journalist. He nods encouragingly, smiles and says ‘Hope to see you at some more races.’ ‘I’ll come and say hello,’  I grin, before Niki Lauda, triple world champion, and probably one of the most courageous men in Formula 1 walks away with another grin. I have every intention of keeping my word.