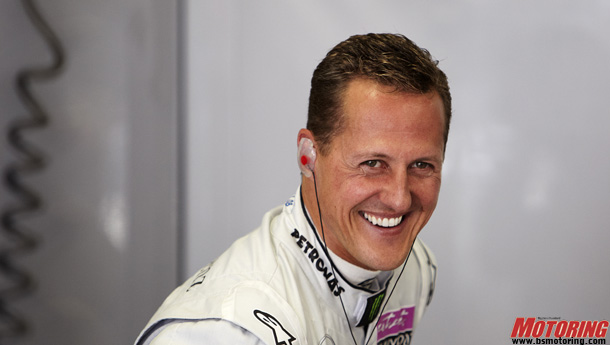 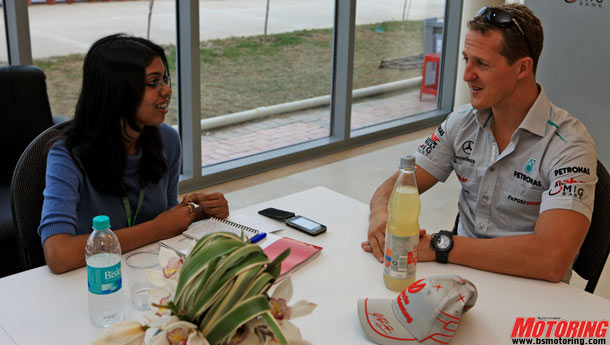 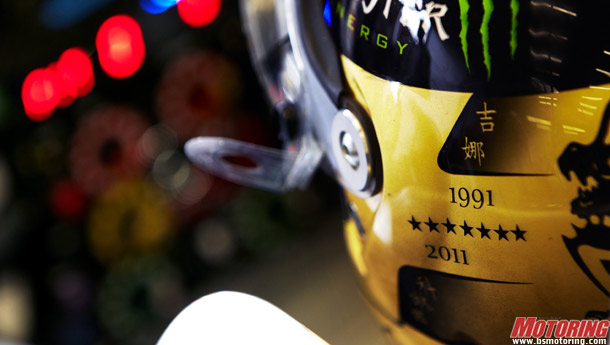 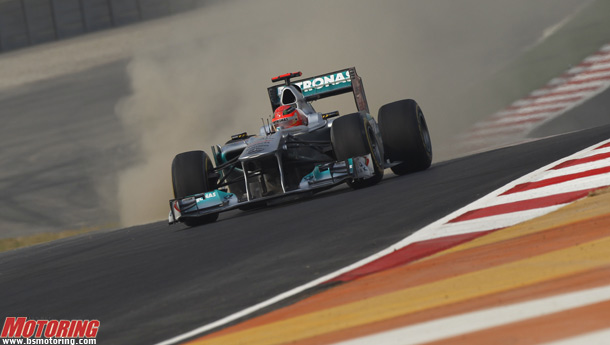 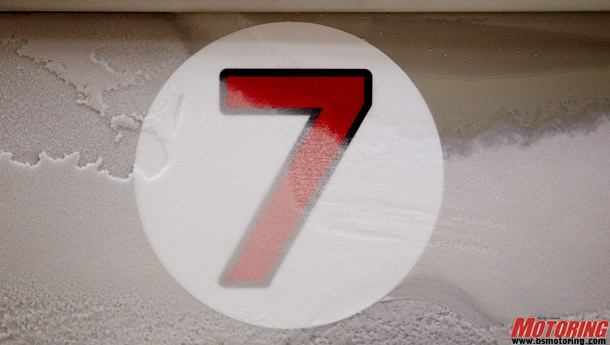 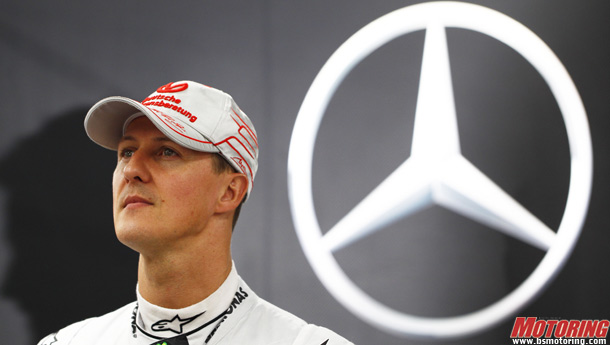 Despite the ambient noise, the voice that’s playing over the recorder is clear and it transports me back to that day not too long ago, at the Buddh International Circuit. I’m waiting at a table in the Mercedes GP hospitality area, and I’m one bottle of water down in a feeble attempt to ensure my throat doesn’t go dry. After all, today’s the day when the posters on my bedroom walls are to come to life and sit down and have a chat with me. And just to ensure that I’m not delusional, I’m clutching a copy of that glorious email – the one that informs me that what I’m sitting there waiting for is not a figment of my imagination.

Then, the only man in the history of Formula 1 to have won seven world championship titles walks in, sits down across from me and thus begins the interview of a lifetime.

I grin over the exchanged pleasantries, trying my best to remain calm and composed, and switch on the recorder.

‘I believe in fate – sometimes fate can be positive or negative,’ Michael Schumacher starts out talking about how his career in Formula 1 began because a certain Jordan driver, Bertrand Gachot, got thrown in jail for spraying tear gas on a taxi driver. ‘I didn’t know Bertrand at the time, even though I felt sorry for him. But then naturally I took the opportunity,’ Schumacher says. ‘But,’ he continues with a look of absolute clarity as he talks of his accidental arrival in Formula 1, ‘did I dream about it, did I think about it? No.’

And though Formula 1 might have just happened to him, Michael Schumacher took the highest echelon of motorsport quite by storm at his debut race at Spa-Francorchamps. He qualified seventh, announced to the world that he’d arrived, and even though he didn’t finish the race, slowly but steadily he began jostling for poster space with Ayrton Senna on the walls of motorsport fans across the world.

Then, I listen as the man I grew up idolising tells me about the closest thing he had to an idol in motorsport. By his own admission, he never had too much of an interest in the history of Formula 1, but one day, at a karting race, a driver in a yellow helmet captured his attention.  ‘When I saw Ayrton in go-karts, he was so impressive. To then compete against him was a privilege,’ he says of Senna. And while Michael might have respected Ayrton, the two had more than their fair share of tiffs on track.

‘In those days, there was a regime that young drivers behaved and older drivers sort of taught them. And I was probably too much of a rebel to accept this. If somebody teaches me, it is myself and not another driver,’ Michael smiles. ‘And matters were sometimes sensitive, and resulted in some more ‘intense discussions’’ he says of the times Senna

took him aside to wag a finger at him and reprimand him for his on track behaviour.

There have been ‘intense discussions’ with other drivers as well, though. ‘Yeah, well, you can’t be friends with everybody,’ he shrugs. ‘That’s impossible. And I have quite a few friends anyhow.’

Perhaps it’s this that drove the then Red Baron into the McLaren pit garage at Spa in 1998 to ostensibly rough up David Coulthard. And it’s the same streak that resulted in him going over to Takuma Sato, again at Spa, to thwack him on the helmet after the latter took him out of the race. ‘Yeah, because I just thought that was stupid,’ Michael candidly admits at the recollection. ‘I would probably still react to unnecessary situations, but now maybe I’m more different. We’re all human, we all make mistakes, although I don’t want to make mistakes.’

He’s changed since the time he was 25 years old, then. ‘I hope so,’ Michael laughs, and I laugh too, while simultaneously having an out of body experience caused by the fact that I’m sitting at the same table and sharing a joke with Michael Schumacher. ‘I hope that I have changed,’ he repeats, perhaps noting the glazed look in my eyes. ‘It’s difficult to say how exactly I have changed, but certainly I have gained a lot more experience. I think I can differentiate between when it’s important to be angry after being taken out of a race, like last race,’ he says referring to the Korean GP, ‘and when maybe it’s not important.’

So why doesn’t he lose his cool nowadays? ‘In my situation at the moment, yes, I finish the race as good as I can, but if I get taken out, so what? In the position we are, it is not really important. Do I need to be angry? No. There is no need.’ But don’t mistake that for a minute as lack of hunger for victory. As he says, ‘If I were fighting for the championship, it would be a different matter. But I hope soon to be in the position to... be angry again!’

Then we go back to an era of blaring klaxons, victory leaps, and the Italian national anthem playing loudly over the voices of the cheering tifosi. The era that captivated so many people across the world, me included. ‘It was certainly a very important part of my life and my racing career,’ he says of his fourteen year association with the Scuderia. ‘Ferrari is unique, very different to any other team, because in Ferrari, you have not a fan club, you have a whole nation behind you.’ And it was that nation that cheered as Michael Schumacher took his first victory for the prancing horse at the 1996 Spanish Grand Prix, an event described by Sir Stirling Moss as ‘not a race, but a demonstration of brilliance.’ Michael thinks otherwise, though. ‘It wasn’t anything special really. It was just a difficult condition for everybody and I just managed to do better. I had given it 100 per cent then, as I do now, and sometimes 100 per cent makes a bigger difference than at other times.’

But Michael’s not dismissive of all his race victories. Especially, not Suzuka 2000, where winning the race also sealed his first world championship with Ferrari. ‘It is the most important victory and achievement in my career. After such a long time Ferrari not winning the championship, to being able to build up something together. Jean Todt, Ross Brawn, Rory Byrne at the time, and hundreds of very important people in the background to achieve this. And finally doing it was a dream coming true.’

But four championships later, he grew weary of the sport and admits that the first thing he did after his last race at Interlagos in 2006, was, ‘Relax!’

‘I was enjoying the thought and the reality of freedom. No pressure.’ And it was a fun three years while it lasted. But as he admits, ‘The joy of driving, it has never stopped. What had stopped was the motivation for peripherals that go with the driving. I mean to travel from track to track all the time, I didn’t want it anymore. There is much less testing now, I have not so much commercial activity, and my private life to professional life is in a much better proportion. And that’s why I’m still enjoying. Even after two years back.’

But these two years haven’t been quite as dramatic and successful as a seven-time world champion would like and there is the issue that he might not be as fast as he was when he was 25. ‘That’s a question that I have asked myself and I have not found the answer, because how can I physically make a proper analysis of this. There is one question that I can answer that is ‘Am I still good and fast enough?’ And the answer is yes.’ Again there is that confidence accompanied by an intense self belief, the likes of which few men possess.

He speaks of victory with the air of someone who knows it will surely come. ‘I think we are on the right path in order to come back to the winning road. Ross Brawn and many other people here already, after 2009, they know what it takes to win. They know how it tastes to win. And we all prefer this taste compared to what we are tasting right now.’

How is he going to do this, though? ‘Push the guys,’ he says, and it’s not hard to believe he means it. After all, this is the man that squeezed every drop out of the Ferrari team and whipped them into winning form. But he’d be happy to shave a few years off, though. ‘Some of my age – I’d take some of it off to better prepare for the road to victory,’ he laughs.

‘Maybe we haven’t achieved what we wanted to achieve in the meantime, but I’m still happy to race. But there is a limited amount of time and I have to see how I can deal with this one. There are still many years ahead for living my private life after.’ Which makes us wonder whether he’ll stay beyond the end of 2012? That’s an answer that he doesn’t give us though.

‘…I’m not a dreamer,’ the voice on the recorder says. And at the end of that very interview, I have the opportunity to tell the man behind the voice how I, unlike him, am a dreamer. How Sebastian Vettel and I were born in the same year, and it wasn’t just Vettel who was inspired into motorsport because of him. And how it’s these very dreams that have brought me closer to Formula 1.