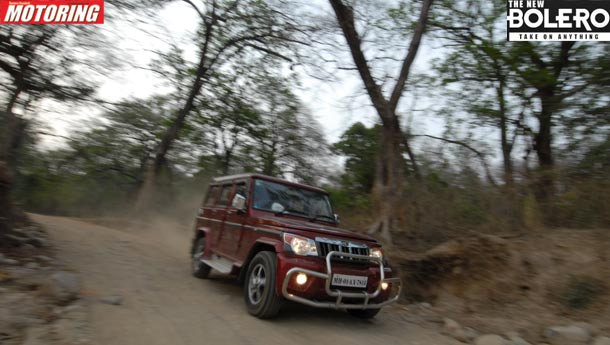 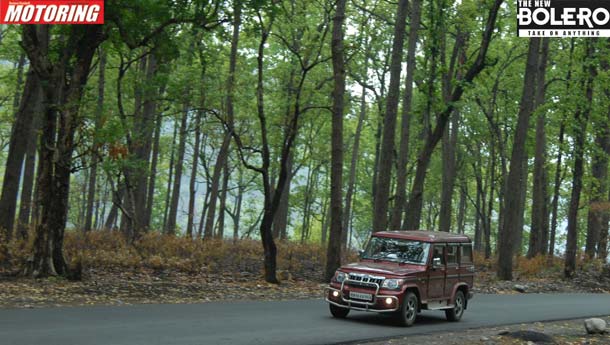 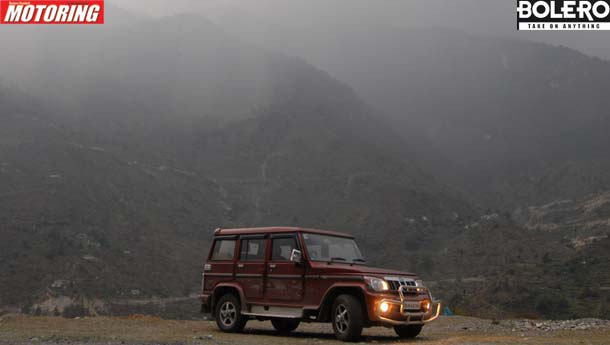 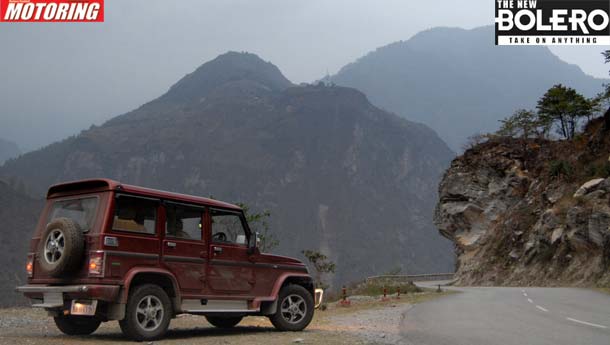 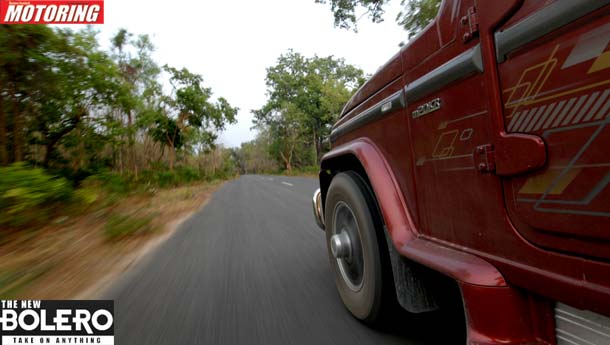 There is but one tried-and-tested escape from the smouldering heat of the plains – head to the hills! Places with crisp, refreshing air were actually closer than we thought and the sooner we could escape, the better it would be. And that’s the first thing that came to our minds when we stepped out of the aircraft into what seemed like a smelting furnace. Delhi was so hot, we could’ve just turned to gook by the time we hopped off the aircraft ladder. Thankfully, we didn’t and instead we collected the keys to our dolled-up Mahindra Bolero and did what any sensible chaps would do with a capable SUV like that – head out on a road trip!

The plan is simple – it’s hot and you’re pretty much worked up against the weather gods, so you decide to take a few days off, pack your bags and head to places where temperatures are more bearable. Places like the Jim Corbett National Park, Nandadevi Biosphere Reserve and the Himalayas! Yes, these popular places are a bit overdone but hey, if you’re willing to look beyond the major towns, you can see these places in a whole new way. Of course, given that we have roads that rival lunar craters, we needed a hardy vehicle, a vehicle that could take a knock or two, every minute, all day long, for days on end. Not just that. It had to be reliable, cheap to run, torquey, with good off-road capability and to top
it all off, one that provided a reasonable amount of comfort. With the Bolero, it’s a check, check and a check. Time to head out.

The Jim Corbett Park is pretty much sanctuary central when it comes to Asia. Corbett National Park is the oldest national park in India, starting out as the Hailey National Park in 1936, later being named the Ramganga National Park after independence and eventually ending up with the current title. It is host to some rare species of animals, like the Great One-Horned Rhino, the Asian elephant and of course, the famous endangered Bengal tiger. The Corbett Tiger Reserve is staggering in size, with 1,288 sq. km in its hold and is a sight for sore urban eyes. We set off from Ghaziabad after a hearty breakfast, hit the highway and we were determined to make good pace straight through to Corbett. Alas, good roads are but a luxury in our country and soon, we were wondering if we were on the right route as the Bolero was engulfed in dust, going over sandy four-foot deep craters and off-road patches outside random villages. Not surprisingly though, we read ‘NH58’ on that same stretch. With the Bolero’s generous approach and departure angles, we weren’t the least bothered.

The road further deteriorated around 70 km short of Ramnagar and the kind of constant battering the Bolero took in its stride was commendable. Navigator-in-charge wondered for a moment whether we should take it easy but then, we realised that the Bolero was built to do this day-in and day-out, so we just gunned it instead. But as the vegetation around us thickened, the road became supremely good, so progress was swift. For the average urban rat, three trees in a row passes as a ‘garden’ but this was something else – miles and miles and miles of thick, dense jungles filled with exotic species of animals. If you listen, the deep, resounding heartbeat of the jungle can be heard. We headed off on a trail behind the open-top safari Gypsys, spotting a bird here and a sambar there but really, the real deal was beyond the park gates, where we weren’t allowed in a private vehicle. So, we went back on a different trail and stopped, just to take in the surreal view around us. You feel overwhelmed, powerless even, when you’re at nature’s mercy. If you spend a few days, you might just spot animals like the Bengal tiger, the Asian elephant, leopard, barking deer, Asiatic jackal and not-so-exotic ones like wild boars, monkeys and various deer. Still, since all our massive telephoto lens managed to capture in the evening was a twig, we tented up for the night and went for a nice dip in the swimming pool.

Looking back at it, this stage was hands-down the most treacherous and tiring one in our journey. Harmless as it looked on the map, the 283 km leg to the famous ski town of Auli was anything but a walk in the park. But we set off assuming it was the easier part of the journey. Better that way, no? After munching on some sandwiches and chips at the edge of the jungle (bad idea?), we were en route Auli. Now, Corbett is a gargantuan place and it took us a long time to get out of there. Not that we were complaining, with the frankly brilliant canopied winding roads and the occasional sightings of wildlife. After making our way through elephant country, the objective was to keep on the pace and make good time. The Bolero, aided by the wonderfully torquey and efficient 2.5 m2DiCR diesel engine, was more than up to the task. If you kept up the momentum, 3rd gear was enough to take on a majority of the ghat sections as 19.9 kgm of torque is delivered practically off-idle, all the way to 2200 rpm. And even when we were going for it on the faster, empty, twisty sections, 10-12 kpl is what we got. Impressive, considering that we have feet made of lead.

The scenery just got better by the kilometre as we headed deeper into Uttarakhand. By lunch, we had been on the road for five hours and we’d barely done 143 km – an average of less than 30 kph. That’s all you get in the hills. Any faster and you’re pushing your luck. Taking that into account and the fact that the road was a twisty one-and-a-half lane road most of the way, we decided to soldier on without many breaks, switching drivers regularly.

A few more not-so-exciting hours into the drive and we started to leave the monotony of the plains behind. Not much later, mountain peaks could be seen towering towards the sky, with pine trees all around. The gradients got steeper and the valleys become deeper. The Bolero was breathing nicely in the cold mountain air and was running along swiftly.

The single-lane ghats never seemed to end (they didn’t) and the valleys just kept on coming. It was getting dark – earlier than expected – as massive clouds began to loom overhead. Our pace dropped even further as the heavens opened up and rain started pelting down in anger. The valleys beneath became engulfed in fog as we headed up a treacherous mountain pass with massive drops and testing roads. Ten cars huddled up in a convoy in the darkness and we wheeled along carefully through the last 40 perilous kilometres. At 9pm, we neared Auli in the pouring rain where the gigantic peaks in the distance seemed almost unreal. After nearly 14 hours on the road, we were finally there. Note to self – a kilometre in the mountains is worth three in the plains.