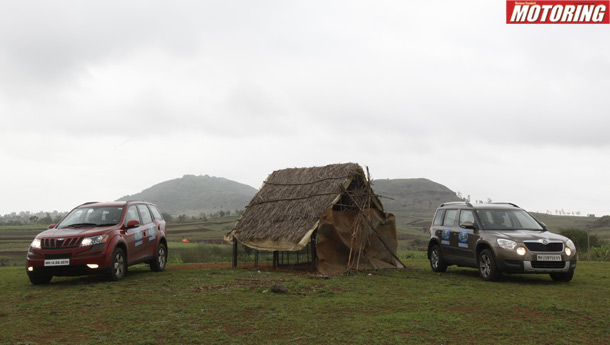 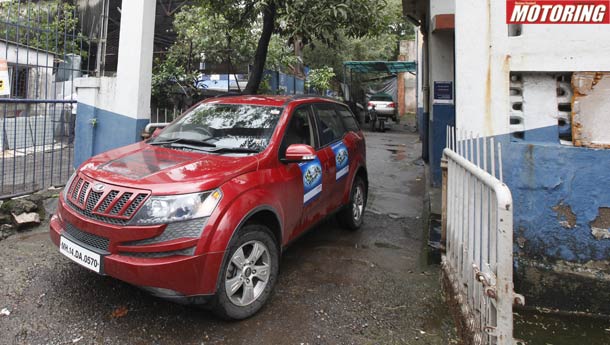 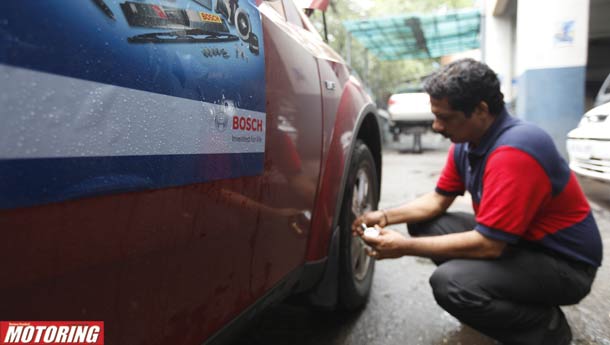 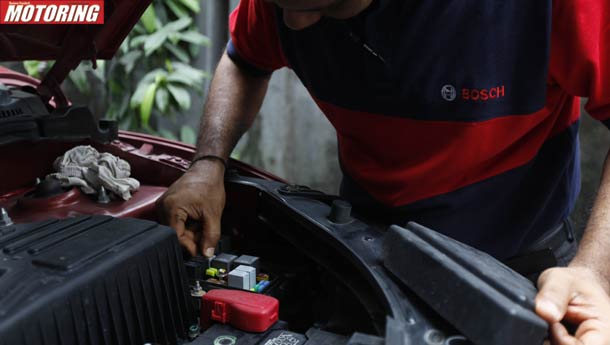 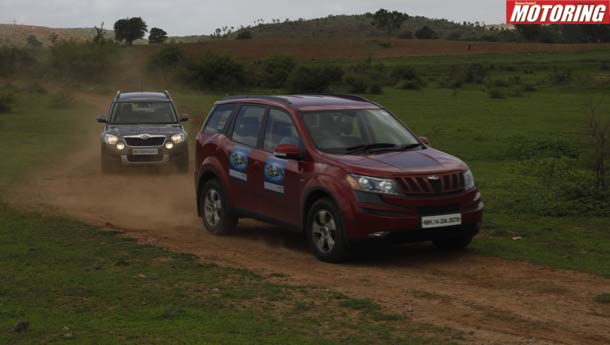 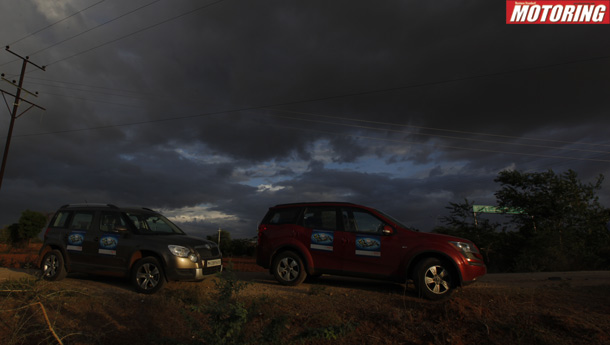 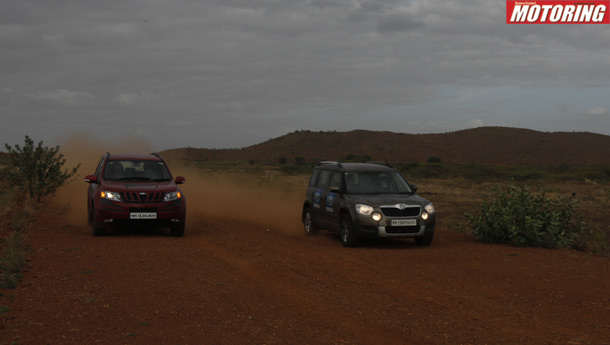 The monsoons have well and truly arrived and what better time than this to head out on a long drive? As soon as the first rains arrive, road conditions change drastically, putting every little part of the car to the test. Starting with the braking systems to the headlights to the windshield wipers, everything needs to be in order to have a safe drive in the rains and we did just that in two capable SUVs, with Bosch systems on-board.

We were flagged off on this drive nice and early from Bosch India’s regional office in Mumbai, but before we could even step out of the city limits, gremlins had caught up to us. The Yeti we were driving developed a flat tyre, which we discovered was due to a gash in the sidewall, so that meant repairing was not an option. We put on the spare wheel and headed off to get it replaced.

After getting the tyre replaced, we decided to get both the cars checked at Agast Brothers Auto Works, a Bosch service setup in Turbhe on the outskirts of Mumbai. This proved to be a wise move as the staff there found that the Yeti was running a little low on oil. A couple of litres of 5W-30 engine oil later, the Yeti’s engine was finally happy with its contents. They gave the XUV5oo a thorough once-over, too, before sending us off on this long journey.

The whole tyre replacement incident delayed us to the point that we had to make do with Kolhapur for the night halt instead of heading all the way to Goa. We hit the Mumbai-Pune Expressway at a late 6pm. And even then, it was a bit of a stretch for us, but thankfully the Gods were on our side, gifting us with great road conditions and minimal traffic along the way, not to mention fantastic weather. In no time, we were at the city limits of Pune and not much later, it was in our rear-view mirror too.

With Pune now behind us, we stopped to switch drivers and grab a quick snack while we were at it. It was getting dark already, with some rain clouds in the distance to add to that, but we weren’t concerned in the least bit. With some choice equipment on board both the cars capable of performing in bad weather, the massive downpour did not pose much of a threat to us; neither did the darkness, actually, with good lighting equipment on both the SUVs.

Kolhapur was still a few hundred kilometres away when we realised that the XUV was getting a little low on fuel. Not having any other options, we decided to tank up at a slightly shady looking fuel station on the way. Thankfully, even low quality fuel didn’t affect the XUV, which runs a Bosch common-rail system, and the XUV trudged on without the slightest drop in performance. Continuing on along the brilliant stretches of scenic road, Kolhapur was now within reach.

Kolhapur is a city that offers a great mix of coastal and inland climate, with cool summers and not too cold winters. In the rains though, it turns into a lush green land of temples and palaces. It is a little off-season to visit in the monsoons, but on the flip side, that means fewer tourists to contend with.

We held off on having dinner to save our appetites for some flavourful Kolhapuri food. Alas, by the time we pulled into Kolhapur, most of the popular eating joints had closed for the night and the ones that were open were nearly out of food, so we ate whatever we could to fill our stomachs. We promised ourselves some proper local cuisine on the way back as we left the restaurant and headed for our hotel to call it a night.

We were up bright and early again, and with a little over 600 kilometres to cover, we decided to skip the hotel breakfast and get a jump on the traffic. With dawn just breaking and very little traffic on the roads, we started the day off by making some great pace towards Karnataka, enjoying every bit of that smooth tarmac on the NH4. The drive was getting to be quite enjoyable now, especially behind the wheel of the Yeti, which made taking corners a real joy. We only stopped when the lure of fresh medu wada and sambar became too much to resist.

Crossing into Karnataka, the road was still relatively empty and with the cars fuelled up and raring to go, we let them loose onto what looked like a freshly paved NH4.

The rolling hills and stormy clouds along the way made for a great background, and with some classic rock playing through the Blaupunkt system on the Skoda Yeti, the drive couldn’t get any better than this. It was so enjoyable that we didn’t realise the pace at which we were covering the kilometres. We stopped only for two things: deserted side roads to shoot on and er, restrooms. Other than that, we pushed on till well into the afternoon when finally, all that we had eaten in the morning seemed to just vanish and hunger pangs were felt. Lunch came late but we got some decent food and after our own little refuelling stop, we were on our way.

We did a post-lunch check on the cars to make sure everything was in order and after everything was given a once-over, we set the GPS navigation towards Bengaluru and were off again. Along the way, we hit some sections of road that were still being paved and the diversions we took kicked up a lot of dust. The Bosch cabin air filters ensured that none of that made its way into the cabin, a part you wouldn’t normally notice until it’s absent in a car.

Mother Nature planned a little more rain for us as we neared Bengaluru. That, combined with the increased traffic because of the proximity to the city, meant we needed another pit-stop before the final stretch into the city.

Some coffee and snacks later, we were off again and this time, we were in for a bad time. We chose the worst time to enter Bengaluru; rush hour right before a weekend, and we crawled through all that traffic on the way to our hotel on the other side of town. A quick dinner and we were ready to sleep in anticipation of exploring this city the next day...