BSA Motors: From bicycles to scooters 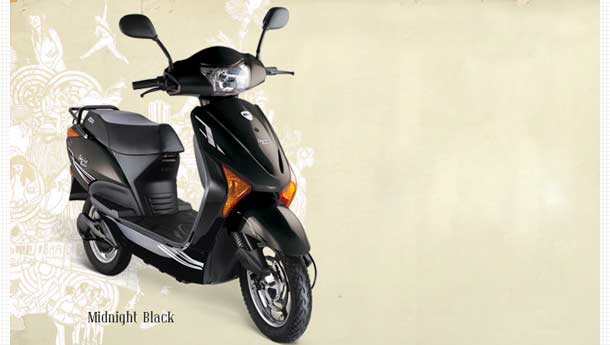 Tube Investments, which manufactures Hercules and BSA bicycles, has diversified into electric scooters in the hope that it will be able to replicate its success with bicycles.

“Bicycles have stopped being relevant to urban commuting and are increasingly used for recreation. With e-scooters, we are looking to get back in the urban commuting space,” says BSA Motors Vice-president K B Srinivasan.

With its five e-scooters, BSA has entered the Rs 400-crore market which is growing at 10 per cent per annum. The e-scooters are available in the southern markets and Delhi. Seventy-five exclusive franchises in 10 states could go up to 125 exclusive dealers by the end of 2009-10 in 13 states.

What will work in its favour, the company thinks, is the low density of two-wheelers in the market. “Only forty-five out of 1,000 people in India own a two-wheeler; that is half of China and one-sixth of other Asian countries,” according to Srinivasan.

BSA’s expertise in engineering and retailing (it boasts of 300 exclusive bicycle outlets) and a Rs 30-crore plant in Chennai (with a maximum production capacity of 300 units daily) has helped it set a target of 15,000 to 18,000 e-scooters this year in a market that sells around 1,30,000 e-scooters yearly.

With a mix of low-speed and high-speed models, BSA hopes to cover the market for short-distance commuting. With its three low-speed scooters that don’t require a licence and registration and can run at 25 km per hour, BSA will address teens, homemakers across its markets and self-employed men below 35 in Tier II towns. The low-speed e-scooters have beaten their high-speed counterparts, comprising 75 per cent of BSA’s sales.

Lower Tier towns, in fact, will see more aggressive communication from BSA for now, even as it rolls out pan-India in the next six months. That will be followed by its TV campaign with a budget of Rs 10 crore. “Breaking the clutter and creating awareness is more effective in Tier II towns,” says Srinivasan. For now, it is happy gaining ground with local cost-effective campaigns in print, out-of-home, in-theatre and cable network spaces. Events around schools, colleges, malls and exhibitions have helped it induce test drives.

Its e-scooters could lead to savings of up to Rs 23,340 over petrol scooters in two years by dint of their running on electricity and also various offers such as free insurance, cash cards and extended warranties. BSA Motors still has to reckon with the growth in petrol-run scooters that has the muscle of players such as Honda, Hero Honda, TVS and Suzuki. Srinivasan is looking at more product innovations to establish its range of e-scooters. Helped by its technological partners from Japan, South Korea and the US (names could not be shared due to confidentiality clauses), BSA Motors would aim at increasing top-speeds from 45 km per hour to 60 km per hour, range (the distances for the electric charge to last) from 80 km to 100 km and power from 800 watts to 2,000 watts.