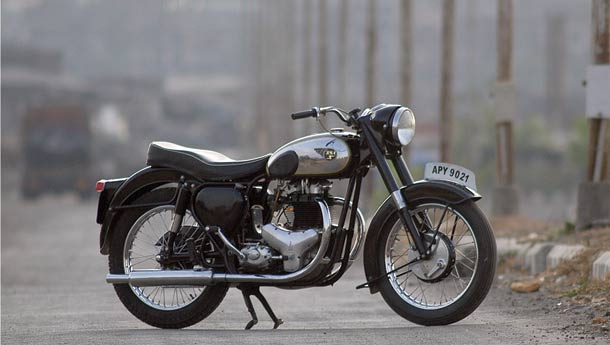 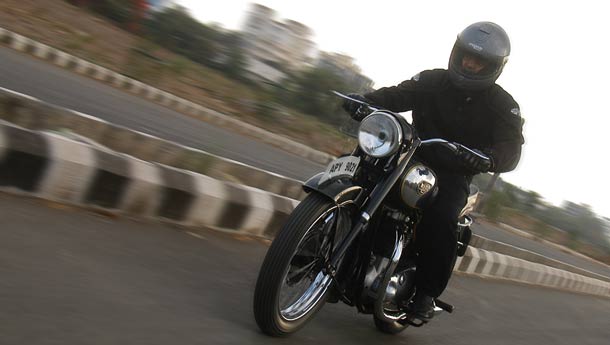 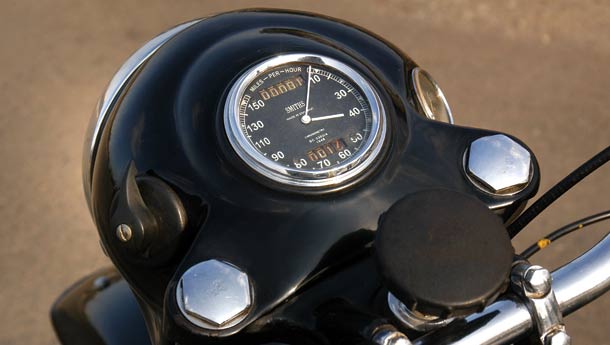 It just isn’t fair, I tell you. Dead guys have it way too easy. Take James Dean, for instance. The lad just about managed to complete three movies before he wrapped his Porsche Spyder around a tree. After which he never really had to prove anything. Well, not that he could. But I bet even he would never imagine the heights of fame he would scale for hanging out the tail of a souped up Beetle. And I really wonder if people would open museums in his memory had he been driving an American hot rod that night.


A bit like the bike makers of yore. While some might look at them as gods' gift to motorcycles, the fact that they aren’t around anymore adds greatly to their star value. At the top of that list is BSA. To tell you the truth, these guys never even made cutting edge bikes. ‘One in four is a BSA’ was their advertising slogan and that’s what they did best. Build motorcycles by the thousand and sell them to armies and police forces the world over.

Dont believe me? Then you'd better believe Peter Henshaw – the guy who wrote an encyclopaedia on motorcycles. Nortons won races, coffee bar cowboys rode Triumphs, and Dad went to work on BSA, he says. The Birmingham Small Arms company did have fun occasionally. For that they built twins like the A10. Or to be specific, the BSA A10 Golden Flash, the black beauty on this page. In the mid fifties, BSA used the 650cc A10 layout quite extensively and the one that came with a flashy colour scheme was called the Golden Flash. Pardon the black here, but this one’s been through a restoration. The original had a lot of chrome on the engine and gold on the tank.   The name is a bit glamorous for a humble BSA, but getting the bike to life certainly isn’t. Firstly, you haul it on to the centre stand – which requires as much effort as pulling yourself up by your shoe laces. Then, you leap four feet in the air, hoping to land on the kick starter. And given the amount of character these Brits come with, you probably have to repeat this a few times.

But get past this, and it’s surprisingly easy to ride. You have to be patient with it, thats all. The clutch is fairly light, gears fall into place really well and you don’t pull on the throttle as much as meter it. It’s a period bike all right and riding it is an exercise in slowing down everything that you do. Including your breathing. There is truck loads of torque from that 646cc BSA vertical twin. The bike feels a lot heavier than the 145 kilos that it is supposed to weigh. And with just 35 horses coming out of the engine, it does seem a bit underpowered. On paper that is. But once you caress it into going faster it starts pulling like a train. And it does this with very little effort, with the most awesome British sound track there is. Which to my utter delight, reverberates off each and every wall in the 500 metre radius, and makes up a thunderous background. The sound is almost as absorbing and heavy as the motorcycle itself. Now that’s what I call a thumper.

I did make the mistake of rushing with the bike once, only to find myself at the beginning of the ‘hauling it on the stand to bring it back to life’ process. The thing is, I have only been on the planet for 23 years, this BSA has already been here for almost 50 years. It will almost certainly still be here when I am gone. How stupid it was to feel pressurised about time, when this bike has so much to spare. Give it its due though and it will even go around corners pretty well. Provided you pick your line early and stick to it. As for the brakes, they need their time as well, despite which they  don’t take their job too seriously.   This BSA was actually pretty good fun even in its heyday. It was good for a 100 mph top speed run and a 16 second standing quarter mile. Pretty quick for something that happened before the Beatles. And to think it was mainly looked at as an ideal sidecar motorcycle in those days. Sacrilege!

Actually, the twins would probably never have happened had a bloke called Edward Tuner not put two cylinders together and put a Speed prefix to the arrangement. This happened in 1937 when he was at Triumph and the Speed Twin caught the rest of the industry napping.

But thanks to Val Page who was working on his own twin-cylinder engine designs with BSA, the Birmingham company caught up pretty quickly. Although the original idea was largely accredited to Val Page it was Herbert Perkins, another engineer at BSA, who knocked the twin into shape. Now Perkins, though a great engineer, wasn’t someone who would think of motorcycles as something to have fun on. Not surprisingly, the BSAs of those days weren’t the most sprightly or attractive of vertical twins, but they were certainly the most hard-wearing, oil-tight, clatter-less machines.

The BSA Golden Flash compared well with the only other twin available then, the Triumph Speed twin. The A10 alongwith the A7(500cc) served BSA right through the Fifties, and were later replaced by the A50 and the A65. Although the trusty singles were really the main chunk of BSA’s business, the A models became a trademark design of BSA. In 1962 they were replaced by the A50 (500cc) and the A65 (650cc). But these weren’t as successful as the A10s, partly because a Japanese company came along, picked up the twin concept and built bikes that didn't break down, leak oil or need four feet jumps in mid air to bring them to life. The rest, as they say, is history.