BS Motoring Car and Bike of the Year 2011 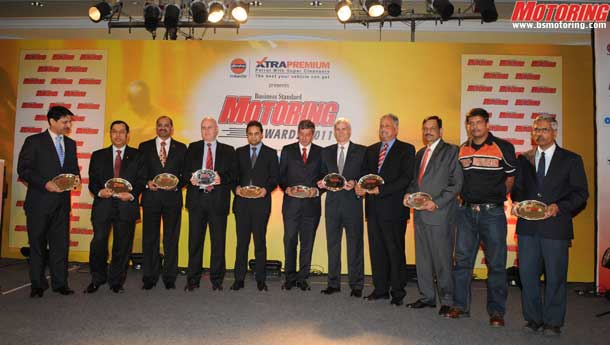 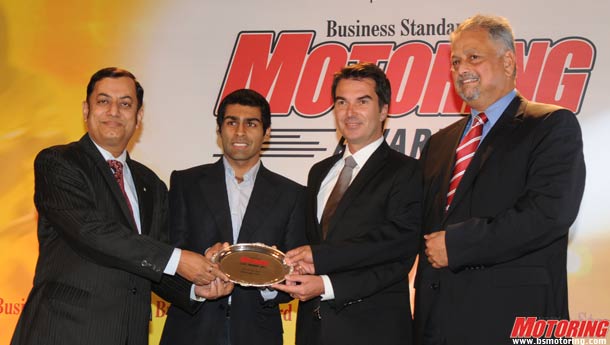 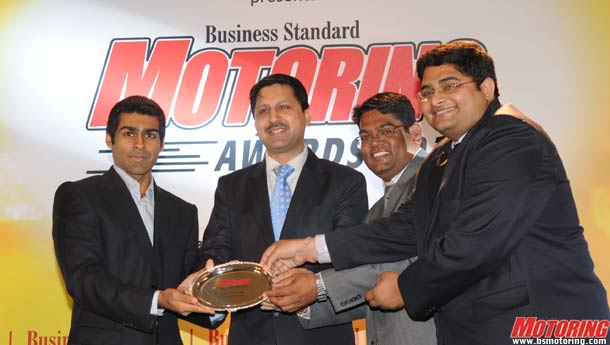 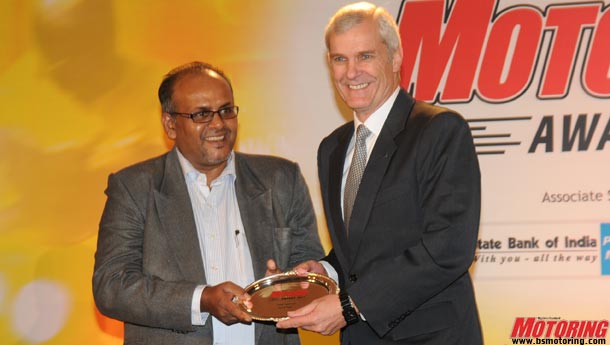 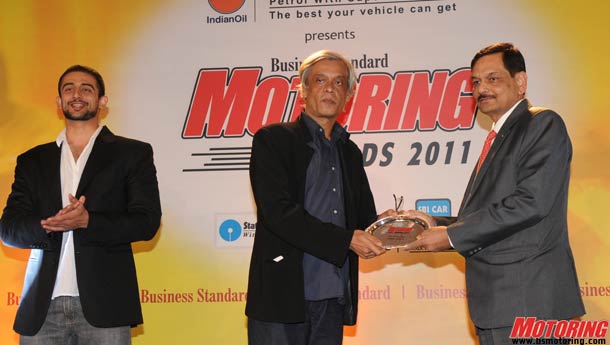 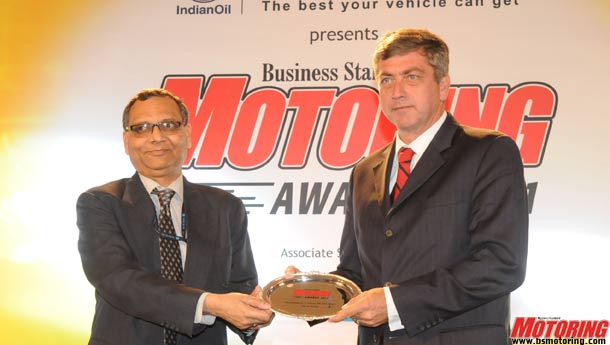 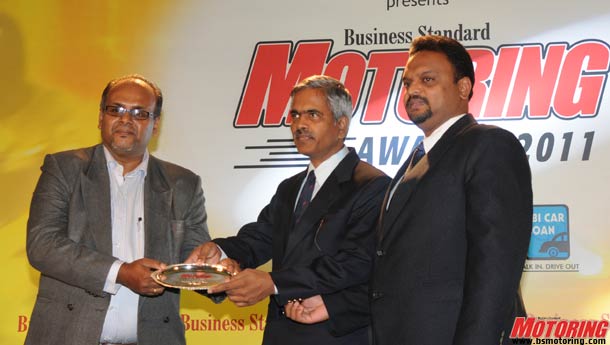 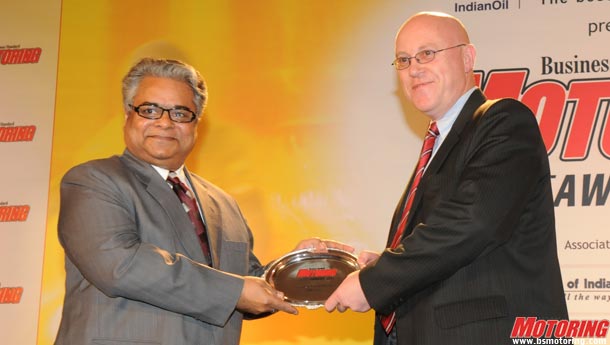 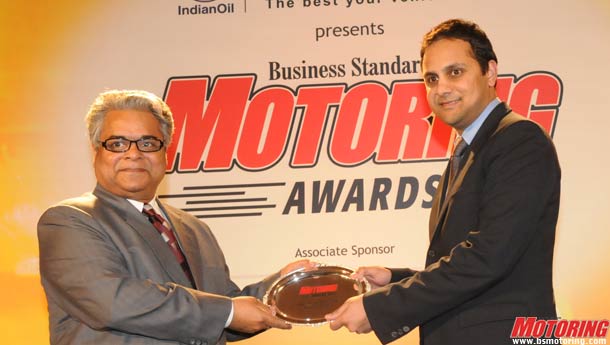 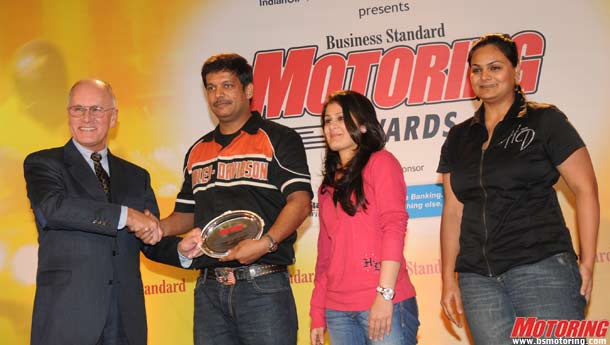 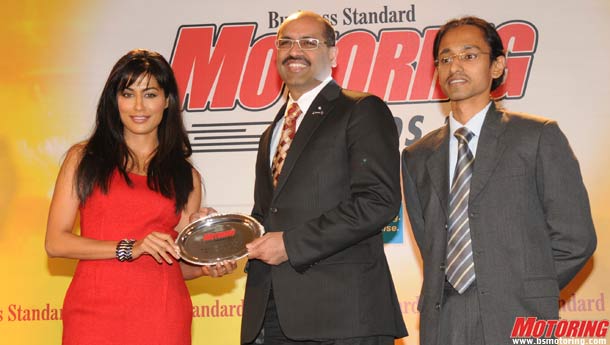 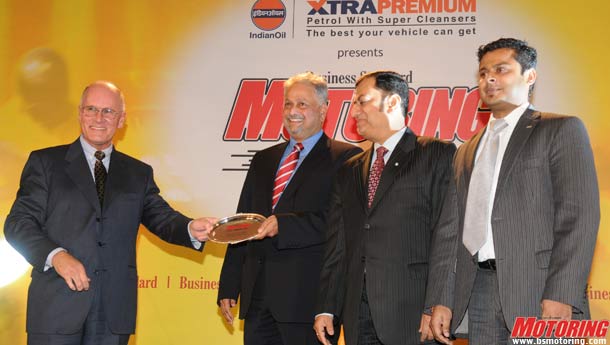 It certainly was a night to remember. Business Standard Motoring hosted its first ever awards ceremony at the ITC Grand Central in Mumbai on the 10th of January, 2011. And there was some nailbiting as the automotive industry gathered there to await the results. Various manufacturers were sitting there wondering whether or not they would walk away with trophies in the categories they had been nominated in.

Given the fact that we've increased the number of our awards to eleven to do justice to the Indian automobile scene, there were plenty of awards to be announced. And who better to give away the awards than the finest in the world of automotive journalism and the finest from the motorsport fraternity. Alan Cathcart, possibly the most influential motorcycle journalist in the world and Karun Chandhok, India's claim to Formula 1 fame, were present at the event. And, of course, adding that extra bit of glitz to the event were Bollywood actors - Chitrangada Singh, Arunoday Singh and director Sudhir Mishra.

Oh, and to find out who walked away with the trophies, you'll have to go to the next page >>

In the oldest award of its kind in the country, the Volkswagen Polo was up against some pretty stiff competition. There was the Maruti Suzuki Wagon R, Ford Figo, Skoda Yeti, Tata Aria, Nissan Micra, Chevrolet Beat, Toyota Etios and the BMW 5 Series to contend with. Not to forget some in-house competition from the Volkswagen Vento. But the Polo had that extra edge and managed to pip other contenders thanks to its overall package of suitability of purpose, safety, overall design, fuel efficiency and maximum bang for the buck. So there you have it - the BS Motoring Car Of The Year 2011 is the Volkswagen Polo.

There was a tussle for this award from some tiny but peppy and fun-to-ride motorcycles. The TVS Jive, the first clutchless geared motorcycle in the country went up against the Yamaha SZ-X and the Honda CB Twister. But it was the tiny Honda that walked away with this award. It floored the jury with its crisp styling, overall build quality and fun-to-ride nature. Honestly, we had to yank the bike away from them, because they simply refused to get off it. Which makes the Honda CB Twister the BS Motoring Bike Of The Year 2011!

If it hadn't been for the eventual winner, this one might just have walked away with top honours at the awards ceremony. The jury absolutely loved the car, but when points were tallied, it didn't score enough to take the crown. But the Ford Figo had won everyone's hearts and thus the Jury Special Award as well.

There were three remarkable machines to pick from in this category. The Tata Aria was a quantam leap for Tata cars and came with little touches that made it a winner. The Skoda Yeti was off-beat and brilliant off-road. But the Hyundai Santa Fe managed to do everything it needed to just a little bit better and trounced the competition nicely. So, the good folk at Hyundai took home the trophy for SUV of the Year.

This award is meant to celebrate the giant strides that the automotive industry has taken in terms of technology. Gone are the days when seat-belts were a safety feature to boast about and air-conditioning was a luxury. From just being cleaner and greener to coming equipped with radar-guided cruise control, the nominees in this category had it all. The Honda VFR1200, TVS Jive, Nissan Micra and Tata Aria were the competition, but the Volvo XC60 had it all. And thus walked away with the trophy for Automotive Pioneer Of The Year.

SCOOTER OF THE YEAR - TVS WEGO

There was only one nominee in this category, but even though it was a winner in a field of one, there was no denying that it was a very worthy winner indeed. The TVS Wego came with great styling, comfort, riding pleasure and fuel efficiency and rightly earned the title of Scooter Of The Year.

The Indian market now has some of the finest cars money can buy and that is all thanks to the fact that manufacturers are now bring them into the country, and also of course because there are plenty of people to buy them too. This category has some of the most luxurious cars launched in the Indian market in the last one year - from the Jaguar XJ to the Rolls-Royce Ghost and the Mercedes-Benz E-Coupe/Cabriolet. But it was the BMW 5 Series that won this particular accolade, taking home the title of Premium Car Of The Year.

The bigger and more luxurious the SUV is, the more fun we have in them, to be honest! Not only are they the ultimate status symbols, they are also very fine automobiles in their own right, bearing performance and handling characteristics that equal and sometimes better luxury sedans. The Volvo XC60, Porsche Cayenne, Toyota Landcruiser Prado and Mercedes-Benz GL-Class were the contenders. But it was the Porsche that claimed the crown of Premium SUV Of The Year.

What a year it's been for bikers and biking enthusiasts! 2010 saw the entry of import bikes that we've been dreaming of for ages like the Yamaha Yamaha VMax, Ducati 1198, Suzuki GSX-1000R, Suzuki Bandit, Honda VFR1200, Harley-Davidson XL1200N Nightster, Harley-Davidson Roadking and Harley-Davidson Softail Heritage. The Harley-Davidson Nightster struck the right chord with the jury, though, and won the title of Import Bike Of The Year.

This one here, is an award that we at Motoring love the most, quite simply because it goes to cars that we love the most. Cars that symbolise speed, power, amazing engineering, incredible passion, drop-dead good looks and that extra madness that is a part of Motoring. This year the nominees were the Nissan 370Z, Mitsubishi Evo X, Bugatti Veyron and Mercedes-Benz SLS AMG. And the winner was the SLS AMG. A worthy successor to the famed 300SL, this gullwing, stole the judges' hearts! The Mercedes-Benz SLS AMG wins the Performance Car Of The Year Award.

Things are changing in Indian motorsport. And we don't just mean the fact that we're getting an F1 track. There is a lot happening at the grassroot level, and what is excellent about it is the fact that it is extremely professional. Red Rooster Racing, Honda Motorcycles and Scooters India and India Yamaha Motor have all made strides forward. But the most significant achievement has been that of Volkswagen Motorsport India who, with the Polo Cup, have professionalised the sport, ensured they trained drivers properly, brought down state-of-the-art technology and also shown the way to take the sport forward. Thus Volkswagen Motorsport walks away with the trophy for Motorsport Excellence.