BS-III ban: Exports only way out to get rid of unsold CVs, says Icra 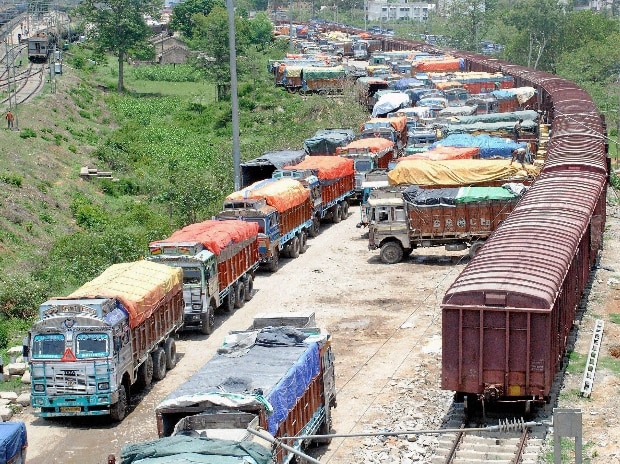 The Supreme Court (SC) order of banning BS-III vehicles' sales two days before the actual implementation of new emission norms has left the commercial vehicle (CV) industry with an unsold inventory of 35,000-45,000 BS-III vehicles worth up to Rs 5,800 crore.

While exports appear to be the lowest cost solution for the CV original equipment manufacturers (OEMs), clearing the unsold vehicles could take up to two quarters depending upon the model-mix and inventory ageing, according to Icra report.

It has also said that the domestic CV segment is expected to register a growth of 6-8 per cent in the financial year (FY) 2018, while the CV exports are expected to grow by 8-10 per cent.

"According to industry estimates, the CV industry had approximately 95,000 BS-III vehicles in March 2017, of which they were able to clear only 50,000-60,000 units (or 55-65 per cent) in last two days of FY17 despite sharp increase in discounts (ranging between 10-30 per cent) offered by OEMs as well as dealers," Icra report on the Indian commercial vehicle Industry added.

The industry is sitting on a sizeable stock of unsold inventory, which is worth around Rs 4,600-5,800 crore; exports of these vehicles to nearby markets where emission norms have still not progressed to Euro-IV or equivalent appears to be the most suitable option available with OEMs as upgrading to BS-IV has limited possibility.

This is mainly because the technology to meet BS-IV norms has undergone a significant shift in case of CVs as engines technology has moved from largely mechanical to electro-mechanical.

Apart from changes in engine technology, the exhaust system has also been upgraded to either exhaust gas recirculation (EGR) or selective catalytic reduction (SCR) technology to achieve higher reduction in nitrogen oxide (NOx) levels under BS-IV.

As a result of these factors, upgrading the vehicles to BS-IV norms may be difficult for OEMs and exports could be the most pragmatic solution. Companies will have to incur sizeable expense in reverse logistics and other fitments necessary to adapt unsold inventory for export requirements. This will result in higher working capital intensity over the next few quarters. Further, OEMs would not be able to completely exhaust the entire inventory as some of the models may be popular in India but not in other markets.

"Sharp discounts (after SC's verdict) and other costs related to recalls and upgrading will impact almost 200 bps correction in margins," added the report.

Domestic CV sales grew by 7.7 per cent in March 2017 led by pre-buying and significant discounts extended by OEMs and the domestic industry growth has moderated from 11.5 per cent in FY 2016 to 3.5 per cent in nine months of FY 2017.

Medium and heavy commercial vehicles (M&HCV) segment has witnessed the most slowdown as reflected by a decline of 2.2 per cent during the same period, it said.

The domestic CV sales has slowed down during FY17, while it started the year on a strong note owing to strong recovery in FY16 on the back of replacement led demand. After witnessing a healthy growth of 13 per cent in the first quarter, the growth momentum slowed down from June as the M&HCV started witnessing sudden contraction.

Dwindling replacement demand along with uncertainty related to the impact of goods and service tax (GST) on vehicle prices affected M&HCV sales as fleet operators held back on their fleet renewal or addition plans on expectations that vehicles prices may fall once GST is implemented. The industrial activity has also not improved during the financial year to support cargo availability and in turn demand for M&HCVs.

Icra said that subdued economic activity along with the likelihood of GST going to be implemented in the near-term has prompted fleet operators to defer fleet expansion or renewal plans to some extent.

In contrast to M&HCV (trucks), the light commercial vehicle (LCV) has registered healthy growth in volumes (up 7.2% in FY16) on the back of low-base effect, as sales declined by 30 per cent between FY 2013-16, and improving demand for small commercial vehicles (SCVs) aided by pick-up in consumption-driven sectors.

Among the three segments of the CV industry, the bus segment has been the least impacted by the demonetisation move in the near-term owing to a higher proportion of sales to institutional clients.

The domestic CV segment is expected to register a growth of 6-8 per cent in FY 2018, while the CV exports is expected to grow by 8-10 per cent. Revenues of CV OEMs will grow at a faster pace compared to volume growth on account of price hikes - initiated by OEMs because of increase in commodity prices and changes in technology related to new emission norms - and diversification into other segments like defense, engine sales and higher focus on aftermarket

CV OEMs may face margin pressure on account of increase in raw material prices and increase in content per vehicle because of the BS-IV emission norms, which may not be passed on to customers completely.

The CV OEMs may have to incur Rs 3,100-3,300 crore per annum of capital expenditure despite adequate production capacity owing to the ongoing investments in upgrading existing platforms, new models and emission norms. The credit metrics is expected to remain stable during the year, it added.