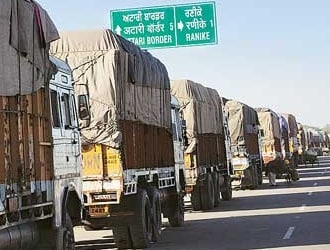 It estimates the dealers’ inventory at risk was 97,000 commercial vehicles valued at Rs 11,600 crore. Manufacturers were offering discounts of 20-40 per cent on the sticker price to sell BS-III vehicles before March 31. The additional discounts are estimated at Rs 1,200 crore.


The unsold BS-III commercial vehicle inventory will entail another Rs 1,300 crore. Manufacturers are likely to upgrade their unsold BS-III inventory, dismantle vehicles for spares and hold some inventory for exports.


The cost of recalling a vehicle for upgrade or dismantling is 12-15 per cent of its sticker price. Assuming commercial vehicle makers incur an additional cost of Rs 3-4 lakh per vehicle on reverse logistics and remodeling, it will result in an additional expense of Rs 1,300 crore, according to Crisil.


Commercial vehicle makers are expected to see a 3-3.5 percentage point erosion in fourth-quarter earning margins, reckons Crisil. Earning margins peaked at 7.3 per cent in 2015-16 and are trending 2 percentage points lower in 2016-17 because of subdued sales and rising raw material prices.