Brio not to come with diesel anytime soon

Honda will be introducing two new products this year and the company has already launched the new-generation City. This comes with a diesel option too and so will the other two products. We speak to Mr Hironori Kanayama, President & CEO, Honda Cars India Ltd to under more about the  company's plans for the upcoming financial year. 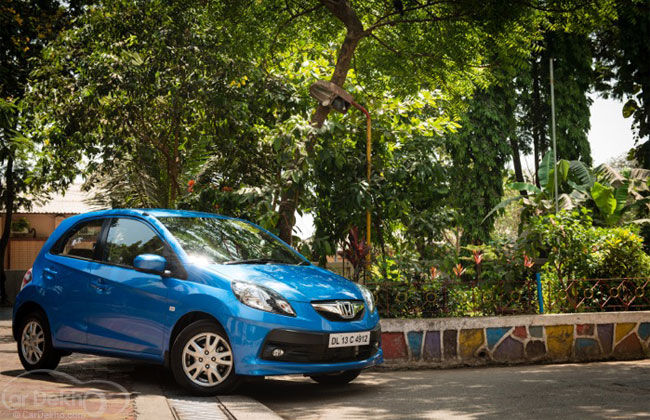 Honda has increased its production capacity by 120,000 units with the new plant. How many is the company targeting to manufacture this year, as only Amaze production has begun in the new plant?
&
With two more new products coming in by the end of next financial year, will this plant capacity be sufficient.
The volume of car production at Tapukara plant will depend on the market demand for Honda Cars. We have initially started with the first shift of operations in the car manufacturing plantwith production of Honda Amaze. With 2 big launches scheduled during 2014-15 and good sales momentum for All new City and Amaze, we hope to utilize full production capacity available at Tapukara plant by the end of 2014.

How many more Honda touch-points can we expect to be added till March'15?
We plan to increase our sales network by 35% from the current 170 facilities in 107 cities to 230 outlets in 150 cities outlets by Mar 2015.

What has been the approximate percent split sales of petrol and diesel vehicles in the Amaze and the new City so far?
Amaze – 31% Petrol, 69% Diesel (April 2013 – Feb 2014)
City - Presently Diesel variant contributes to about 75% in the overall sales of the new City. This trend may change in coming months as we have started deliveries of Petrol from February only.

Several manufacturers are downsizing their engine sizes, introducing turbocharged petrols with direct injection. Can we expect Honda to also more in this direction for Indian market?

Honda Motor Co., Ltd. has announced the outline for revolutionary next-generation technology for automobiles called “Earth Dreams Technology.” This is a next generation set oftechnological advancements which greatly enhance both driving performance and fuel efficiency at a high level, using as its base advanced environmental technologies to pursue the joy of driving unique to Honda. It is a series of measures in which efficiency of internal combustion components including engine, and transmission, as well as electric-powered motor technology, is further improved.

The 1.5L i-DTEC diesel engine being used in Amaze and City and the new CVT employed in the Petrol City are part of the Earth Dream Technology. This engine has become the most fuel efficient diesel engine available in the market in all product segments.

Due to the Amaze, the Brio production was reduced to a certain extent. Now, can we expect Brio numbers to rise? When can we see an upgrade on this hatchback? Can we also expect diesel anytime soon?

The Brio volume has been planned as per natural demand. We do not expect any significant change in the Brio volume in coming period. There is no plan to introduce the Diesel Brio. We are introducingthe i-DTEC diesel engine technology in the new models like Amaze, All New City and now Mobilio in the coming months.