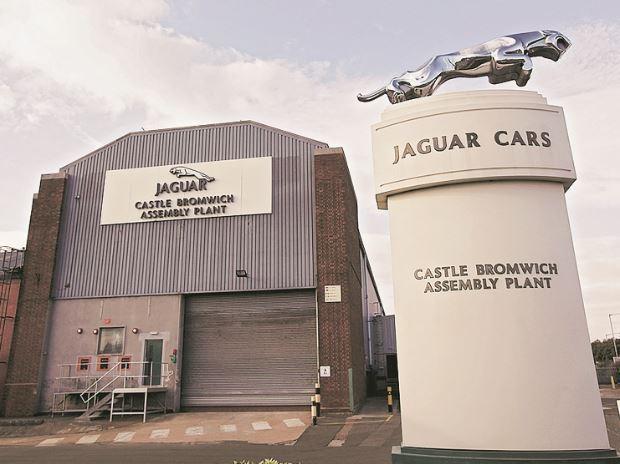 More than 40,000 workers are employed by Jaguar Land Rover in the UK

Worries around the impact of Britain’s exit from the European Union and its impact on Tata Motors-owned Jaguar Land Rover Automotive, further deepened on Thursday after Ralph Speth, the company’s chief executive warned that a “hard Brexit” would cost it £1.2 billion a year, curtailing its future operations in the United Kingdom as upcoming investments get jeopardised. Speth’s statement comes a day ahead of British Premier Theresa May meeting with the cabinet to discuss Britain’s exit strategy from the European Union.

Speth pointed out that JLR has spent £50 billion in the UK over the past five years and has earmarked another £80 billion over the next five years. “This would be in jeopardy should we be faced with the wrong outcome,” Bloomberg reported quoting an emailed statement from him.

Back in India, reports of an adverse impact of Brexit on Tata Motors’ UK subsidiary, spooked the already worried investors. After touching the fresh 52-week low of Rs 252.55 in the intraday trading, the stock closed at Rs 261.50, down 2.06 per cent. Over the last eight months since December, Tata Motors’ stock has plunged 39.36 per cent to Rs 261.50 from Rs 431.20 under performing the benchmark Sensex and auto index.


Speth has urged the UK government to provide certainty for businesses, including guaranteed tariff-free access and frictionless trade with European Union after country’s departure from bloc, Bloomberg reported. “Jaguar Land Rover’s heart and soul is in the UK,” he said, adding that company’s supply chain face an unpredictable future if the Brexit negotiations do not maintain free and frictionless trade with the EU and unrestricted access to the free market. Parts delays at Solihull plant would force the suspension of production at a cost of £1.25 million per hour, he said.

To be sure, by virtue of being the only luxury carmaker that has the UK as its home market, JLR is a lot more vulnerable to the Brexit impact as compared to its German rivals. The European Union so far has been a ‘single market,’ for JLR but this is set to change after the UK’s exit from the European Union. With the free trade getting disbanded, an import duty will be levied by the European countries on JLR and all UK-based manufacturing companies. This will have an adverse impact on JLR’s margins and its free cash flow, said analysts, pointing out that luxury cars being a consumer discretionary product tend to attract higher tariff.


Since the company started focusing on higher capital expenditure for product development, it sent out a clear signal to investors that the free cash flow will taper off, said Mahantesh Sabarad, head, retail research at SBICAP Securities.