BREAKING! - Formula One Teams Association announces break away series for 2010 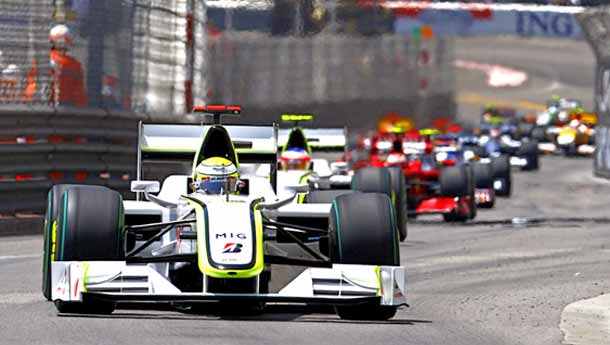 The Formula One Teams Association (FOTA) has announced that it will no longer contest in F1 from 2010 and will be part of a break away series instead. The announcement comes after talks between FIA and the association broke down over rights as well as budget caps. The eight teams that are part of the association include Ferrari, McLaren Mercedes, BMW Sauber, Brawn GP, Scuderia Toro Rosso, Red Bull Racing, Renault and Toyota. The full statement of the announcement is as under:

"Since the formation of FOTA last September the teams have worked together and sought to engage the FIA and commercial rights holder, to develop and improve the sport.

"Unprecedented worldwide financial turmoil has inevitably placed great challenges before the F1 community. FOTA is proud that it has achieved the most substantial measures to reduce costs in the history of our sport.

"In particular the manufacturer teams have provided assistance to the independent teams, a number of which would probably not be in the sport today without the FOTA initiatives. The FOTA teams have further agreed upon a substantial voluntary cost reduction that provides a sustainable model for the future.

"Following these efforts all the teams have confirmed to the FIA and the commercial rights holder that they are willing to commit until the end of 2012.

"The FIA and the commercial rights holder have campaigned to divide FOTA.

"The wishes of the majority of the teams are ignored. Furthermore, tens of millions of dollars have been withheld from many teams by the commercial rights holder, going back as far as 2006. Despite this and the uncompromising environment, FOTA has genuinely sought compromise.

"It has become clear however, that the teams cannot continue to compromise on the fundamental values of the sport and have declined to alter their original conditional entries to the 2010 World Championship.

"These teams therefore have no alternative other than to commence the preparation for a new Championship which reflects the values of its participants and partners. This series will have transparent governance, one set of regulations, encourage more entrants and listen to the wishes of the fans, including offering lower prices for spectators worldwide, partners and other important stakeholders.

"The major drivers, stars, brands, sponsors, promoters and companies historically associated with the highest level of motorsport will all feature in this new series."

The FIA has noted the latest press statement from FOTA.

The FIA is disappointed but not surprised by FOTA’s inability to reach a compromise in the best interests of the sport. It is clear that elements within FOTA have sought this outcome throughout the prolonged period of negotiation and have not engaged in the discussions in good faith.

The FIA cannot permit a financial arms race in the Championship nor can the FIA allow FOTA to dictate the rules of Formula One.

The deadline for unconditional entries to the 2010 FIA Formula World Championship will expire this evening.

The 2010 FIA Formula One World Championship entry list will be announced tomorrow. The break away is said to cause over $ 2.5 billion in revenue losses. FIA needs at least $ 600 million each year to run the F1 series and with only two confirmed teams - Williams F1 and Force India for 2010 and rumours of US F1 and Lola fast gaining ground, FIA will find the going tough as the break away series represents teams funded and supported by automakers or very rich individuals like Dietrich Mateschitz who owns both Scuderia Toro Rosso and Red Bull Racing.

Watch this space for further updates.