Renault, among many other manufacturers, has been left red-faced after 7 Indian cars failed the Global NCAP crash tests. Among those cars were 3 variants of the Kwid, all of which scored 0 out of 5 stars for adult occupant protection. Responding to the flak received, through its Facebook page, Renault has announced that the Kwid will be offered with 4 airbags and ABS in Brazil.

In 2014, the Government of Brazil made it mandatory for all passenger vehicles to be equipped with dual front airbags and ABS. The Brazil-spec Kwid has been modified by Renault Technology Americas (RTA) to meet the stringent Latin NCAP crash test regulations and the additional safety features will certainly be reassuring for car buyers in the region. The hatchback is expected to make its Brazilian debut at the Sao Paulo motor show in November this year before it makes its way to other markets in the region. 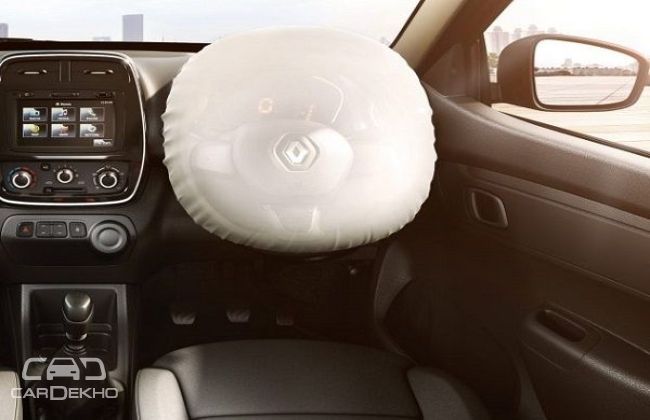 While such news is no doubt, positive, we will be holding our celebrations back until we see something similar in India. Currently, the Kwid does not get ABS with any variant in the range, and you only get a driver airbag which is exclusive to the top-end ‘RXT’ grade, as an optional extra at that!

The launch of the 1.0L Kwid and Kwid AMT may take place in June this year. Unconfirmed reports suggest that the more powerful version of the hatchback may get dual front airbags and anti-lock brakes. Let’s hope these rumours become a reality.

Join the discussion and let us know who you think should be held responsible for poor car safety standards in India!