Brand Ambassador to drive into Peugeot stable for Rs 80 cr 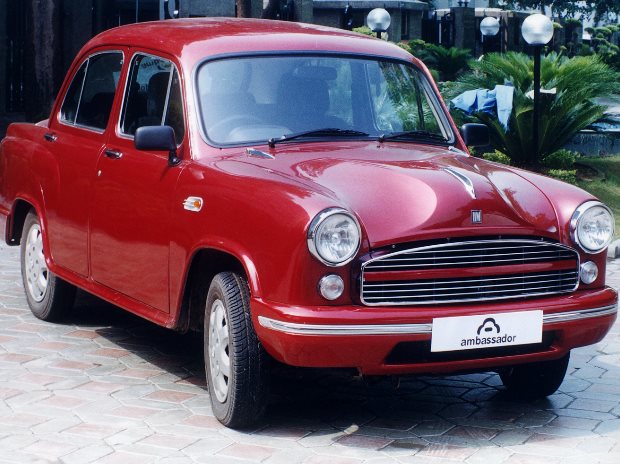 The iconic Ambassador brand, once ubiquitous in official use, will now belong to Peugeot SA (PSA) — for Rs 80 crore.

In an intimation to stock exchanges, the C K Birla-controlled Hindustan Motors said it had entered a deal that included the sale of the Ambassador brand trademarks.


It later said, in a statement, “Ambassador has been an iconic brand and a surplus asset with us. We were looking for a suitable opportunity and found the right buyer in the PSA group. We intend to use the proceeds from the sale in clearing dues of employees, lenders and others.”


This is the second deal between Peugeot and the C K Birla group. Last month, the two groups entered a “long-term” partnership, with an initial investment in capital expenditure of close to Rs 700 crore, for vehicle and power-train manufacturing in Tamil Nadu.


According to the arrangement, the partnership entails two joint venture agreements with the C K Birla group. In the first, PSA would hold a majority stake in a joint venture with Hindustan Motors Finance Corporation (HMFC) for assembly and distribution of PSA passenger cars in India. HMFC was formed after the Chennai plant was hived off. It assembles Mitsubishi cars and Isuzu commercial vehicles.


Also, PSA will set up an equal joint venture with AVTEC, formerly part of Hindustan Motors, for manufacture and supply of power-trains. The sites for both vehicle assembly and power-trains will be Tamil Nadu.


PSA’s statement, last month, had said the partnership was a keystone in the group’s journey in the country.


Sector observers said the deal with Peugeot for the Ambassador brand could give it the much-required push. The Ambassador used to be manufactured at the company’s Uttarpara plant in West Bengal. But, “low productivity, growing indiscipline [among labourers], shortage of funds and lack of demand for the products” made the management suspend production on May 24, 2014, said the company’s latest annual report. In 2015, the company announced a voluntary retirement scheme for all permanent “grade-scale staff” and technicians. Till now, 645 employees have opted for it, said the annual report.

The Ambassador had been on a steady decline for long.


According to former company executives, adequate investments in plants or design were not made, leading to the demise of the brand.


The car, fashioned on the Morris Oxford, has had its share of glory.


Hindustan Motors, established in 1942 by C K Birla’s grandfather, B M Birla, was the first indigenous carmaker. The first 40 years of the Ambassador’s journey were terrific. By the end of the 1970s, the Ambassador had a market share of 75 per cent.


The slide started when Maruti Suzuki launched Maruti 800 in 1983. Between 1984 and 1991, reports suggested that the Ambassador’s market share tumbled to 20 per cent. That marked the beginning of the end of the road for the iconic car.