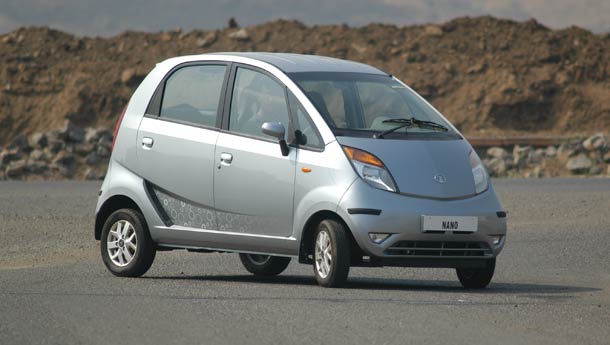 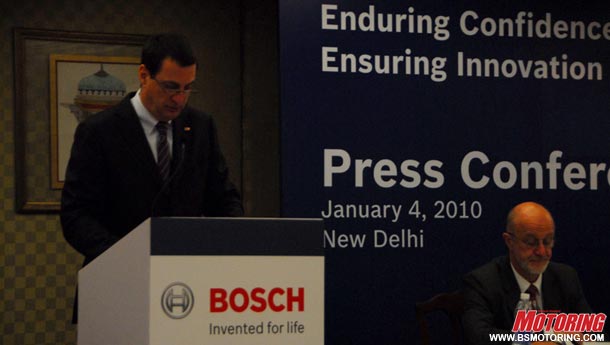 Despite a slowdown across the world, Bosch India is positive about the growth prospects of the country's automotive sector. It plans to invest Rs 2000 crore between 2010 and 2012 across the board and hopes to manufacture two million common-rail units a year by 2013.

It is also developing a common-rail diesel unit for the Tata Nano. A proprietory unit called the Bosch CRS 1.1, the company is in the final stages of signing off this Low Cost Vehicle unit that is based on a single cylinder. If our estimates are correct, the engine will be a 550-650cc, single-cylinder unit, developing between 25 and 30 bhp of peak power, but will be torquey.

Speaking at a pre Auto-Expo press conference, Dr Bernd Bohr, Chairman Robert Bosch Automotive Group said that the company has partnered the Tata Nano project so far with respect to the front and rear drum brakes, the starter and alternator and even the Value Motronic fuel injection system.

The company currently makes the second largest investment in R&D in India, outside Germany and a significant chunk of its investment will also go towards it. Internationally, the company made investments of € 3 Bn in R&D in 2009.

For the Robert Bosch group, the year has not been very good due to the slowdown. It has shown a 15 per cent drop in revenues globally, while its Indian operations have improved by 5 per cent year on year.

About 15 per cent of the production of components in India is exported, primarily to Europe and South Korea. It has also made changes to its common-rail units to make them Euro-IV or Bharat Stage IV-ready, which go into effect from April 1, 2010. These include changes to the unit itself as well as  turbochargers and intercoolers along with its clients to make their engines E-IV ready.

Bosch is also trying to make headway in developing hyrbid units for its clients, the first of which can be seen later this year in the Porsche Cayenne and Volkswagen Touareg, followed by the Porsche Panamera. The company still pins its hopes on the Internal Combustion Engine, going as far as to say that current electric cars need to improve their range and batteries, and need to be built in volumes to become economically viable.