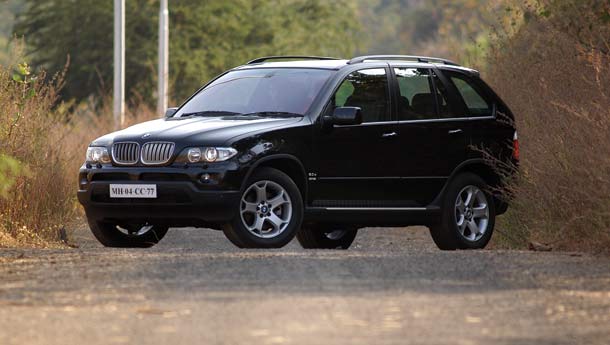 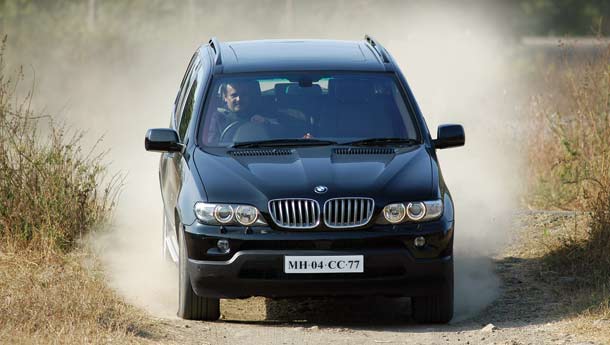 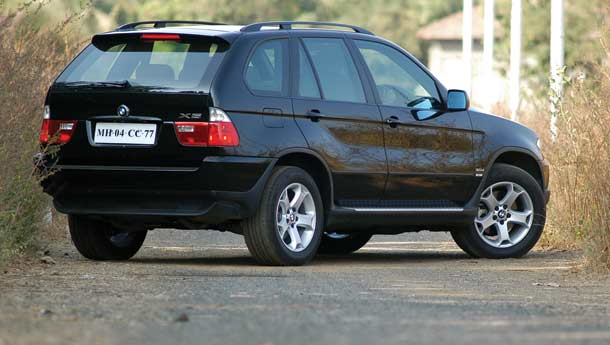 Why would you buy a diesel powered BMW SUV? We asked a few prospective owners and the answer came out clear as crystal – petrol cars are too powerful and we don’t want our chauffeurs to drive them. Bingo! There goes the theory of Ultimate Driving Machines. This is India and we have our rules when it comes to luxury car buying – and accept it, more than 90 per cent of Indian owners are going to enjoy a BMW SUV from the rear seat. When they ‘really’ want to drive a BMW, they will buy a sedan or a coupé (there are some yummy models out there too).


Alright, let us call it the C-Factor, or comfort factor. You want the image that comes with the brand, safety in the event of an unfortunate accident and, well, it shouldn’t be all that bad when you get behind the wheel too. The X5 diesel has been launched in India with exactly this intent. They would have done it long ago but had to wait for the quality of Indian diesel to get better. Now that it is, BMW are happily launching their ultra-modern diesel powerplants.

As for the chauffeurs taking it easy because the X5 featured here is a diesel – well, there is a small issue here. BMWs have the uncanny ability to make you instantly comfortable by the third or fourth minute behind the wheel and the massive two ton vehicle you see in these pages is no different. What happens when you are comfortable with a machine that blatantly flaunts 51 kgm of torque almost all the time is predictable too – you weave in and out of traffic, bolt between corners and stomp through highways as if you are being chased by a sinful past. Not necessarily chauffeur material, right? Please read on.   We can’t be overawed by a diesel SUV any more, right? Not after we have driven a Porsche Cayenne and the Toyota Land Cruiser Prado that drinks more dignified petrol and has tremendous potential for shredding tarmac. Or so we thought, anyway. Welcome to the world of second generation common-rail diesels, and it looks like über technicians from Munich know a thing or two about making diesels run quietly... and fast.
As for the car itself, the X5 is getting a bit old and is due for replacement any time now – we expect that by the Frankfurt Motorshow in September this year, we will have a new-age SUV to join the BMW stable. BMW succumbed to the SUV temptation in the second half of the nineties. In order to enter the lucrative American market quickly, they developed the X5 out of  the last generation 5 Series platform. While engineers did make sure that their first SUV cornered and handled like a BMW, they were not entirely successful in giving the car a degree of character (which the new Range Rover has aplenty) or fresh design direction. The resultant X5 looked like a 5-Series estate after serious steroid abuse. As you will have noticed, BMW sent the X5 through a mid-life re-hab programme and the result is a bit of tuck here and some nip there. The new grille/headlamp combo and the bumpers make the car look more in tune with current generation BMWs. Beautiful 18-inch five spoke alloys on our test car gave it a lighter overall feel too. While on the subject of looks, a black paint job makes the X5 look way smaller than it actually is. I liked it alright, but if you want to show off a bit, buy it in white or silver.

The biggest Beemer of them all features a chunky three-spoke steering wheel, but the rest of the interior content is carried over from the original. There are lots of switches to play around with and some of them, mind you, even make your life comfortable in the car. There is no iDrive to fiddle with, but the test car featured a multi-function screen which, amongst a host of other things, also projects a live image from a rear-view camera. Well, the resolution and clarity of the said image is better than that in a Sony Ericsson T610, in case you are wondering. Like all BMWs, the X5 is driver oriented and that means rear leg room is not much to write home about. While the black-on-black theme on the test car was classy, I do have a soft spot for aluminium inserts, which BMW will oblige you with if you tick the right options.   The 2993cc inline-six common-rail direct-injection turbodiesel is a very quiet motor. Till now, the best SUV diesel engine that we had tested belonged to the Nissan X-Trail – it looks like this common-rail game is a fast advancing one. To begin with, the cabin does not let in vibes or sound even when the six-pack is woken up in the cold. On the move, it becomes more apparent that you are driving a diesel. It’s not that the engine, rated at 218 bhp, is a slouch, but this is a heavy car that requires the standard issue 4400 cc V8 petrol to make it really move. Our stopwatch clocked 5.5 seconds for a 60 kph run and 10.5 seconds for a blast to 100 kph, quick enough by SUV standards as long as you don’t invite a Land Cruiser Prado V6 petrol to a drag race. You really don’t want to lose face after paying a hell of a lot more. Though the initial acceleration is not spine-chilling, a good driver will be able to coax the motor to return insane average speeds thanks to the splendid steptronic six-speed auto box that lets you shift manually. Again, you feel one with the car and that helps you drive fast without feeling unsafe. Given the space, the X5 diesel can hit 200 kph and cruise happily at 180 kph. Usable power? Yes. Exhilarating? Please get in line for an M3.

What BMW is good at is making things on wheels stick to the tarmac and the X5 is a prime example. It appears BMW specially breeds suspension engineers so that they dislike words such as roll, squat and dive, and there is an ‘anti’ mechanism for each of these built into the underpinnings. But that does not mean the driver feels as if he is piloting a train – there is more than a degree of involvement and you are always in touch with what lies beneath. The X5 is best suited and engineered for tarmac (when was the last time you saw a pic of an X5 going off-road?) but we did drive the X5 in no-road situations and came back impressed.

With  the full compliment of safety equipment and a moderate amount of luxury thrown in, the X5 diesel would weigh in at Rs 60 lakh on road – pretty good value for money compared to the Porsche Cayenne.  It is indeed a good buy if you are looking for a safe luxury car that can be used for inter-city transport. And if you’re discreet, not many people are going to know that it is powered by a diesel motor. As for your chauffeur, do get him trained at an advanced driver-training course – you will be the beneficiary.