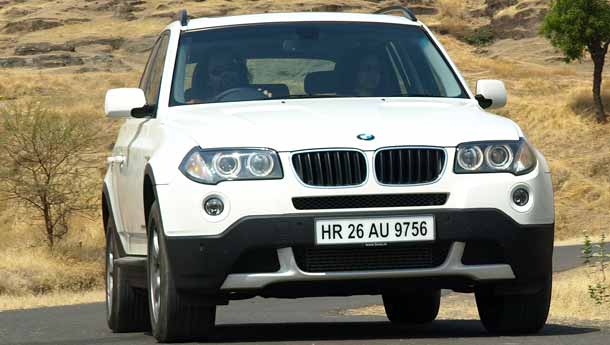 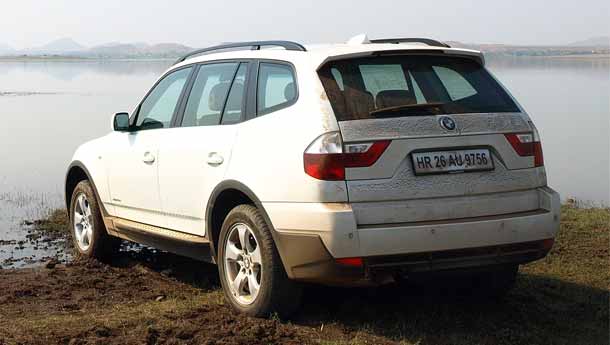 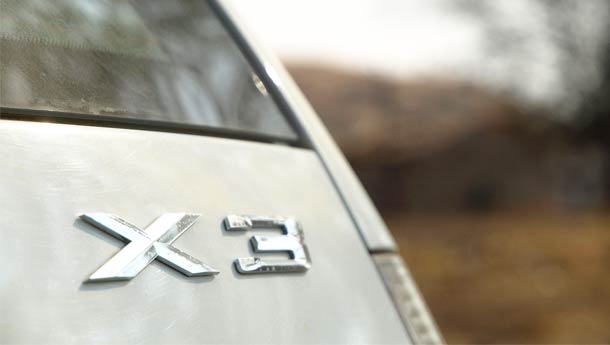 Picture this – a narrow, twisting, desolate B-road off the Mumbai-Nashik highway, in the middle of scenery straight out of a spaghetti western. It’s the middle of the day and the sun is beating down mercilessly on the tarmac, creating a heat haze that extends as far as the eye can see. The hills on either side of the road are a palette of different browns, the foliage and soil having been baked to a nicety. Kites fly overhead (vultures would have been more authentic, but still), seemingly scanning the ground for prey. A bead of sweat trickles down my forehead. All that’s missing is a single, twangy guitar note, with some sustain thrown in, and a horse clop-clopping away, leaving puffs of dust in its wake.

I’m not on a horse, though – my steed of choice is the BMW X3 2.0d, and I’m going at a pace that has a fair number of its 177 internal horses working up a gallop. I’m breaking a sweat all right, but not because of the weather (the climate control system works a treat) – hustling a near-two tonne vehicle through an endless series of both decreasing radius and sightline corners, at speeds one would normally attempt only in a hatchback or sedan, tends to buzz the adrenal glands. I needn’t have worried, though – not for nothing does the X3 wear the famous propeller badges. Based on the previous-gen 3 Series’ chassis, the X3 handles astonishingly well, in a way a car of its size and category almost has no right to. You won’t find the bells and whistles of a ladder-frame chassis or air springs on this car either; good old MacPherson struts up front and trailings arms at the rear do the job, and do it really, really well. Bringing additional party tricks to the... well, party, are BMW’s Xdrive, their permanent all-wheel drive system, which splits power in a 40:60 ratio to the front and rear axles, and traction and stability control systems. The end result is an SAV that behaves like a sporty sedan through corners – superb grip levels, no body roll to speak of and inspiring confidence in even the daintiest of drivers. The hydraulic steering is no less of a delight – dawdle around in town and it’s virtually effortless, mash the loud pedal and find it gaining accuracy levels that you wouldn’t expect in this class of vehicle.

If apexing corners in an X3 isn’t your cup of sticky fuel, simply find a nice, straight road (such as the Mumbai-Pune expressway), point and shoot. The 1995cc diesel (off the 320d) develops 177 bhp and 35.6 kgm of torque, enough to rocket effortlessly to 100 kph in 8.9 seconds – that’s quick, by any standards! The engine’s a bit clattery when cold, but once the temperatures are up a bit, it settles down into a non-intrusive thrum, and it’s very civilised even when revved to the limit. There’s only a hint of vibration that comes through the steering wheel when you’re really pasting it, and even that isn’t annoying – indeed, I’d say it adds to the driving experience. The gobs of torque on offer mean that this is a car in which you can hit, and maintain, high
triple-digit speeds effortlessly, and when overtaking ponderous trucks on the highway, you’ll truly appreciate its grunt. The 6-speed automatic tranny plays an ideal foil to the engine; its responsive without quite being razor sharp, and the gear ratios are ideal for all sorts of driving conditions, whether it’s city traffic or highway runs. Your wallet will have reason to rejoice too, because this is a really fuel-efficient car for its size. How does 9.5 kpl in the city and 12.8 kpl out on open roads grab you? By the family units, I’m sure.Surely there’s a catch, you say. This is a BMW, so even though you can straighten corners with one hand tied behind your back, the ride quality will make your dentist and chiropractor very wealthy individuals, right? Far from it; only when you go over bumps at relatively lower speeds does the suspension let your posterior know what’s happening in no uncertain manner.    Otherwise, for the most part, the ride quality on offer is comfortable without being supple and stiff without being harsh – you’re unlikely to crash through craters and other undulations. A lot of the credit for this goes to the X3’s tyres – 235/55 R17 Pirelli Scorpions, which are (rejoice!) plain old tubeless units, not those confounded runflats. There’s a very decent 201 mm of ground clearance on offer, enough to get you through all but the most hardcore off-road conditions; you can get yourself a bit dirty with the help of the X3’s standard hill-descent control, but an absence of low range gear ratios means that genuine mud-plugging is best left alone.It’s only in the interior department that the X3 falls a little short. Mind you, the whole package, inside and out, is beautifully put together and well finished, but for a car of this price, the cabin is a little disappointing – it’s a bit plain, and perhaps a little too faux-shiny. There’s no iDrive, but that can be looked upon as a boon, depending on your proclivities. The brown leather seats in this particular car are a bit of an eyesore, but they’re extremely comfortable and supportive – and the front two seats have memory capability. The seating position is just right, halfway between a sedan and an SUV, and the cabin wraps itself around you nicely. There’s plenty of room for rear passengers too, and if you’re ferrying quantities of luggage, a colossal 1560 litres of boot space can be created with the rear seats folded down. Creature comforts include a 6-CD changer, climate control, parking sensors, cruise control and automatic lights and wipers – enough for all but the most demanding customer. If you’ve got Rs 1.5 lakh in grocery money lying around, you could specify a panoramic (but slightly pointless) sun-roof; Rs 1.1 lakh will net you Xenon lights with headlight washers.

And so what’s the final word? At Rs 41.91 lakh (ex-showroom Mumbai, without any options added on), the X3 2.0d isn’t exactly a Tata Nano beater – and it’s almost Rs 12 lakh more expensive than the 320d sedan, on which it’s based. The 520d sedan is almost Rs 6 lakh cheaper too. Here’s the thing, though – despite its high price, it’s arguably a better buy than either of the sedans. In fact, I’ll stick my neck out and say that it’s the best all-round BMW you can buy in India – not the quickest, fastest, sexiest, most fun or best looking, but in BMW terms, the most value for money and the most satisfying in real-world conditions. A friend who had come along for the ride suggested that I drive off with it into the wild blue yonder, never to return. I almost took him seriously... almost.