After making its debut at Detroit Motor Show early this year, BMW M4 is now all set to hit the Indian roads soon. The official word came out when the 'Coming Soon' teaser images of M4 coupe were released on BMW India’s social media platforms including Facebook and Twitter. The M4 is essentially a new-generation M3 coupe with a different name. 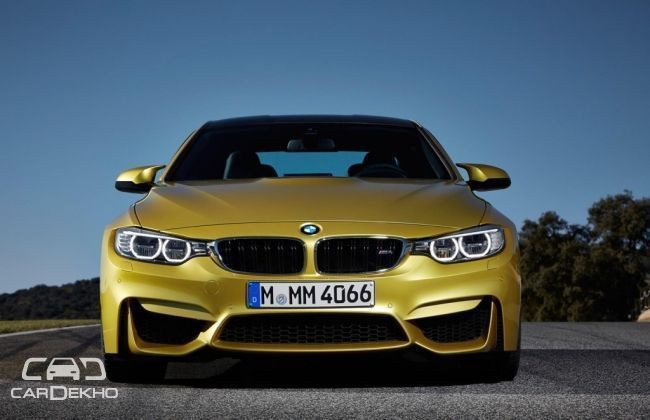 Earlier, Mr Philipp Von Sahr, President, BMW India, had expressed company's wish to bring the 'M' Series models in India by 2014. Keeping in with his words, BMW has already launched the M6 Gran Coupe in the country, the M4 will be here next month, and the M5 will be launched by the end of this year. The performance Beemer will compete against the likes of Mercedes C63 AMG, Audi RS 5 and Jaguar XF-R after its arrival. 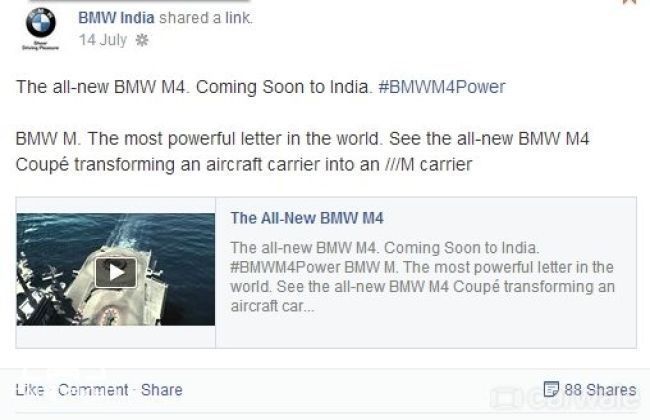 Powering the BMW M4 coupe is a mighty 3-litre six-cylinder twin-turbo engine that pumps out 431 horses of power and 550 nm of peak torque. The power is transmitted to the rear wheels via either a six-speed manual gearbox or a seven-speed dual-clutch transmission. With the automatic configuration, the M4 coupe sprints 0-100 kmph from a standstill in 4.1 seconds, while the manual does the same in 4.3 seconds. The top whack on the M4 coupe is electronically limited to 250 kmph.

Apart from an obvious difference of the doors, the M4 coupe is almost identical to the M3 sedan. The two cars share the same length and wheelbase measurements with the coupe being fractionally narrower and 41 mm lower to provide a lower-slung look than the sedan. The doors of the coupe are longer as its provides an easier access to to the rear seats and the rear spoiler is integrated into the boot lid unlike the sedan.