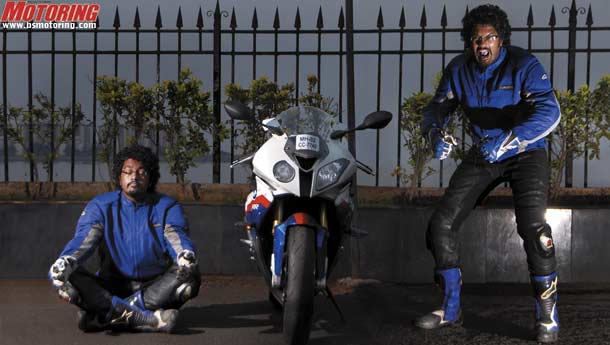 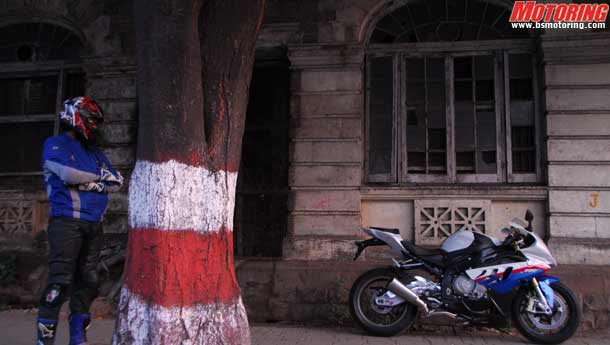 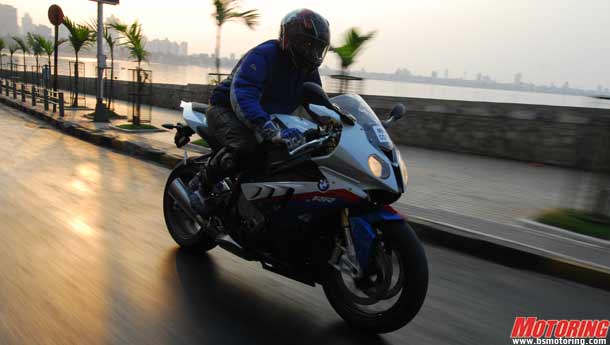 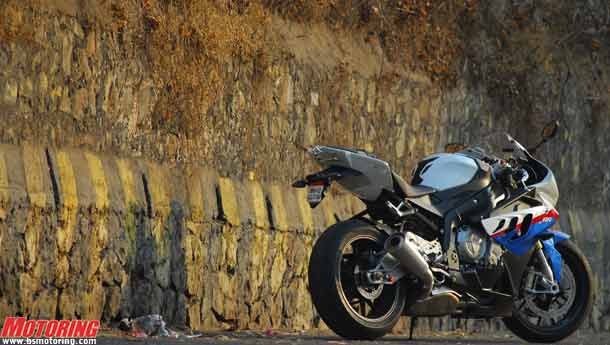 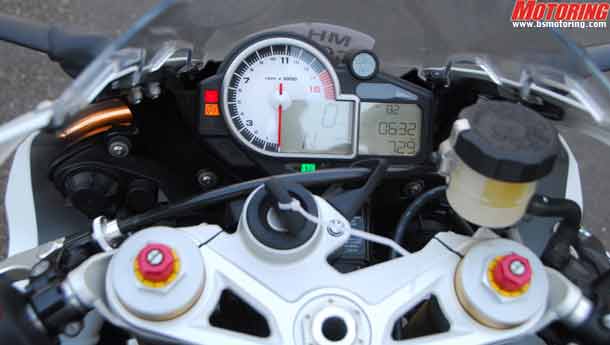 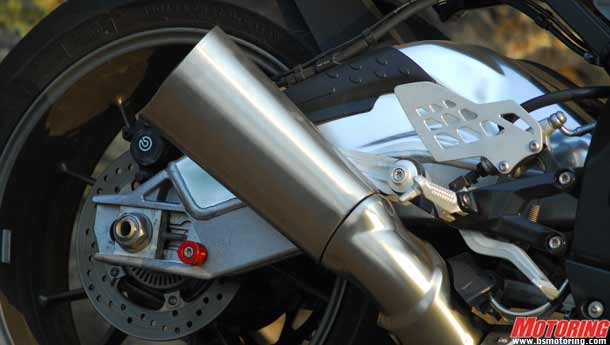 My vision is a blurry vortex. The world around me is being sucked into the intake duct. The exhaust turns it into a spine-tingling noise. My senses are overwhelmed by unrelenting, maddening, pure, raw speed. And it’s only second gear. Survival instincts execute a hostile takeover of adrenal glands, begging two fingers to squeeze the brake lever. My backside leaves all contact with the seat like a cat on a hot tin roof – this is even more nuts. I see now why the Jap bikes have a collective exclamation mark over their heads. Say hello to the BMW S1000RR.


I love litre bikes. Everyone does. Soundly impractical and built for apocalyptic speed, they are the pinnacle of motorcycling evolution. Almost forever, it was the Japanese Big Four that traded supremacy over ultimate high-performance motorcycling, while European manufacturers were regarded as a quaint bunch with their own set of quirks that lend their machines an undeniable charm. And God knows the quirkiest of them all emerged from BMW Motorrad. He also knows they never worried the Japs when it came to flat-out performance.

I don’t really know why BMW decided to make a flagship like the S1000RR, other than to enter WSBK. It has nothing that has come to be synonymous with BMW – no weird suspension (hmm), no boxer motor (huh?) and consequently, no torque sway (what?!). The parentheses contain vastly censored and printable purists’ reactions to the S1000RR. People were fashionably outraged even before riding the bike.

However, those people failed to see that the S1000RR doesn’t carry the weight of tradition and history on its back like its Japanese rivals do. That fact, I believe, gave BMW the freedom to go into blitzkrieg mode with the S1000RR. And that’s why it’s the reigning king of the litre-bike hill. Now let’s get on with the bike, shall we?

It’s almost poetic, the way the S1000RR’s ‘two different halves’ look divides opinion neatly – just like the bike itself. A ‘Looks vs looks’ subhead to this section wouldn’t be out of place. This tiny Beemer is as schizophrenic as a motorcycle can get and looks wickedly mischievous...or utterly insane, depending on which side you are. On the right, you have shark gills. On the left, a supercar-style air scoop. You walk around it wondering, ‘Why the hell would they design something like this? And why the hell do I love it?!’ Like symmetry, asymmetry has a purpose and aesthetic appeal too, especially when it’s on BMW motorcycles. That’s the way we accept them, that’s the way we want them and that’s the way BMW gets away with them!

The Beemer doesn’t ooze seduction like the Italians, but gives off a sophisticated, thoroughly engineered feel – just what you’d expect from the Teutons, eh? Detailing is charming for the most part, but in some places, the showcasing of sheer engineering simply blows you away. For example, just look at that swingarm – it’s a double-sided cast aluminium unit that will put monoliths to shame. It’s quality that only the Germans can produce. When you look at it, the format is all too familiar – an inline-four, chassis beams on either side, a shapely tank and a skimpy tail section. But it’s all better built than any of the Jap litre bikes I’ve ridden before. That’s really saying something. However, quality isn’t the only thing you get with this bike.

A 999cc motor that produces 193 bhp@13,000 rpm, Dynamic Traction Control to keep those German thoroughbreds in check, a Race-ABS system to rein them in in a hurry. These are the three aspects that have made the S1000RR a force to reckon with. It might be an in-line four and while trundling around you might easily think it’s a Jap motor, but when you plug the throttle, you can actually feel the difference – that 999cc motor is as far removed from the Orient as German autobahns. And as you’d expect something with 193 bhp on two wheels to do, the S1000RR blows time and logic to bits.

While I never got anywhere close to pushing the bike’s performance envelope on a sleepy Mumbai morning, I did get plenty of opportunities to scare myself silly with the stupid amounts of power on tap. Oh, and as far as I could tell, those gizmos certainly work. The DTC is reassuringly fluid in the way it keeps the rear wheel honest. Entering the bumpy corners that rock my world every day during my commute, the rear tyre would slip gently for a moment and then all loss of grip would simply vanish. Even more immediately apparent was the superb ride quality – not in the 7 Series league, but better than any motorcycle in its category.

Then, there’s the motor that displays a Jekyll-and-Hyde character too. It’s effortlessly obedient around town, meek even – it’s all a trick to encourage you to twist the throttle – and then all you want to do is go back home to mommy, while the S1000RR fills the world with its maniacal howl. Seriously, even that stock exhaust is loud, beautifully loud. I wonder if the noise emissions department or whatver it is in Germany is run by deaf people. Also, there’s a fantastic powershifter on the S1000RR that negates any need to back off the throttle while going up the ‘box. Superb! And it makes the exhaust pop rather pleasingly too!

It doesn’t end there, of course. For I’ve still to tell you about the best part – the brakes; they absolutely decimate speed. The 320 mm twin discs with radially mounted Brembo callipers combined with that Race-ABS system is the best form of retardation I’ve yet sampled on a motorcycle. Period. Brake feel is excellent, and there’s no unnerving numbness at the lever like with the C-ABS system on the Fireblade.

The S1000RR’s swept away all motorcycling awards and won every comparison test that it’s been included in around the world. However, if the outcome of those tests depended solely on finding neutral, the S1000RR would be dead last. To put it shortly, it’s a pain. And then there’s that riding position – a bit too extreme, though not as bad as an equivalent Ducati. Finally, there’s the price tag; at ` 21 lakh, ex-showroom, Mumbai, the Beemer is considerably more expensive than its peers, and I don’t know how many people will pay the premium that no doubt gets them superior quality.

So that’s what the S1000RR is – a Jap litre bike that’s as German as Oktoberfest, looks like Two Face and is madder than all of Arkham’s inmates put together. Easy to see why the Japs are running scared. I say it’s a fitting litre bike to emerge from the land where the motorcycle was born and I’m happy it’s here at last. About time, too.