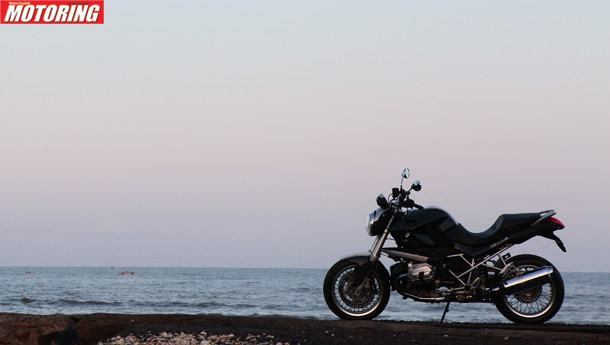 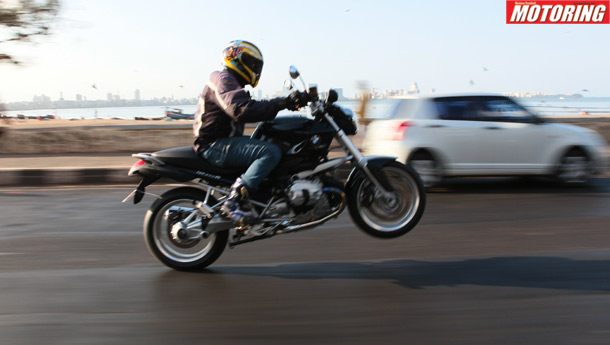 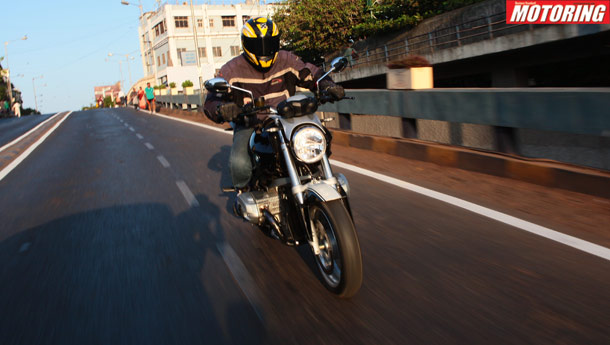 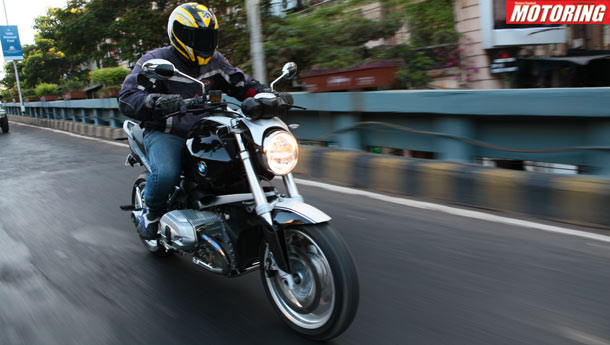 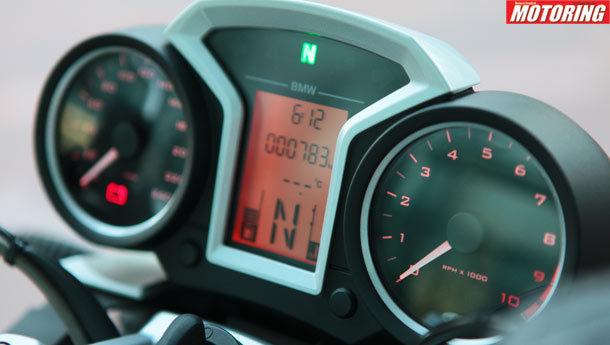 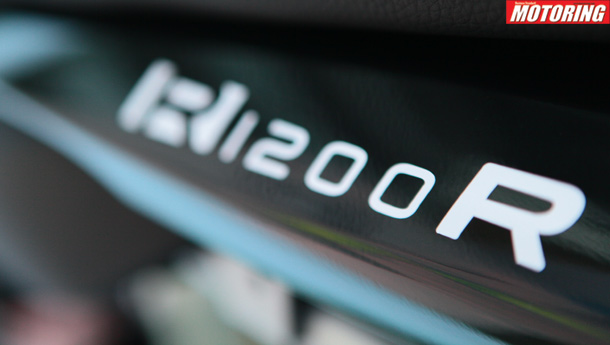 As I stood there, sipping a mildly strong cold coffee, I made the first entry in my imaginary notebook. ‘It’s not my kind of motorcycle, but there’s nothing I don’t like about it’. I liked the silhouette of this big, black motorcycle against the sea and what I liked even more was that a little over an hour ago, I was urging the R 1200 R Classic (R 1200 R, hereafter) to behave very unlike its sophisticated self. An effort it entertained with no reservations. I was surprised, since this bike’s dimensions were hardly suggestive of its inclination to wheelie and conduct itself in a rather rowdy manner. Alright, let’s blame the big-bike rookie (me, who else?) for all the out-of-character performance testing but hey, a Rs 15.5-lakh motorcycle should at least wheelie, no? Viewed in this light, the BMW R 1200 R passes with flying colours.

In my books, styling is not as important as functionality and performance. This explains why I like the way this dimensional monstrosity looks. I like its irreverence towards styling – it’s unconventional yet not an eyesore. I like this, the Classic, a bit more than the regular R 1200 R for its spoke wheels. You can have the Classic in just one paint scheme – black with a white centre-stripe – but I think it would look more purposeful if BMW left the bodywork unpainted, exposing bits of raw metal. You won’t sit yourself on your porch, swooning over the gorgeous lines of this motorcycle, no. If you do, you’ve certainly had a childhood full of heavy objects falling on your head. The R 1200 R would rather you pull on a helmet and set out for a round of ‘Boxer’-twin motorcycling. It’s hard to resist.

The R 1200 R is by no measure a size-zero motorcycle and at 227 kg (unladen weight, fully fuelled), it’s bulky – something that inspires confidence (in a ‘I’m not going to throw you off’ way) rather than intimidates. Comforted by this, I opened the throttle as wide as I could dare to. What followed was some furious flashing of the traction control unit and acceleration that doesn’t gel with the R 1200 R’s looks one bit. It’s no superbike, and you don’t need me to tell you that, but it’s no Harley either and it’s got the go when you need it. Rookie mistake. While this motorcycle is quick and fast, it’s unjust to ride it like a hooligan. Its real character lies in its ability to motor you for miles on end, effortlessly and in utmost comfort. The 1170cc ‘Boxer’ flat-twin’s 108.6 bhp and 12.1 kgm of torque are readily available and evenly spread.

The engine is calm and is largely unruffled by undisciplined throttle usage – this is comforting if you like speed without constant threats to be flung off in the air. Most outstanding of the many good qualities of the flat-twin motor is its ability to cruise at 60 kph in 6th gear. You virtually don’t need the first two gears at all, unless, of course, you’re tackling traffic slower than the average walking speed. I clocked over a 100 km within Mumbai on the morning of the shoot and a large share of it was in the higher gears, with the R 1200 R humming along so relaxed, it was almost asleep. If it had one of those ‘power reserve’ gauges, it would show ‘75 per cent to go’ at 100 kph in 6th. The ability of this motorcycle to motor around, gobbling down miles on end with no signs of stress or fatigue is extremely endearing and I’m going to start drafting very flowery e-mails to the nice chaps BMW Motorrad India to lend me their press demonstrator for a dash to Goa, or anywhere agreeably beach-y.

In urban environs, the R 1200 R is a dream. Think of it as a really large Honda Unicorn with ABS, traction control and no front-end dive thanks to the Telelever suspension. On an extremely packed road wherein the services of your feet (to paddle past cars) will be required, I suppose it could get tricky for people shorter than 5’11” but more often than not, you’ll get by. However, there are two things that I am unhappy with. The first one being an absolutely disconnected rear brake pedal – there is no feel whatsoever and that, coupled with the ABS unit, makes braking numb in the most superlative sense. The second grouse I have is with the suspension. While it absorbs gradual bumps very well, it very pronouncedly shakes you up at cruising speed over patchy tarmac and other such road surface irregularities that are a standard feature of Indian roads.

This Beemer is perhaps a 6 Series equivalent of a tourer and of that I have little doubt. The riding position is comfortable but not lazy, the seat is wide and the cushioning is just-right (it’s a 9 on 10 for me, really), the suspension is long-distance friendly despite the slight stiffness and the ‘Boxer’ motor’s versatility cannot be improved upon. What I am so-so on, however, is that apart from the standard (rugged, high-quality) handlebar controls (lights, hazards, engine-kill switch, the not-so-ergonomically positioned turn-signal indicators and horn), there is just one button for entertainment purposes – the one that engages/disengages traction control. Fun, eh? I think, and BMW Motorrad would agree, the biggest feature of the R 1200 R is its motor, followed very closely by its cycle parts. This motorcycle revels in its functionality and it wouldn’t be wrong to say it provides motorcycling in its purest form, with limited electronic nanny-ing. Another brownie point in my imaginary notebook, then.

I’ll come back to the point I made in the intro of this story. This is just not my kind of motorcycle and I don’t think this kind of motorcycle has much of a case on the sales charts either, given that people spending this kind of money would want something more striking, but if a BMW Motorrad sales exec manages to get you to swing a leg over the R 1200 R, you’ll make a ‘no deal’ of it with a very heavy heart. Can it fit the bill of being your only motorcycle? I think, yes. It’s got the presence that a motorcycle this expensive must command, the powertrain is a ten on ten, and it serves its purpose perfectly well while adding a few thrills to the party. I won’t buy one – it’s the GS for me, always – but if you think I’m very smitten by this motorcycle, you’re quite right.