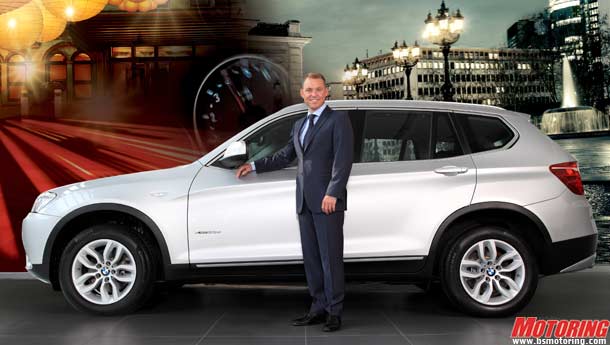 The new X3, unlike the previous generation is assembled here in India. Larger on the outside and inside, the new X3 comes with features like a panoramic sunroof and Start-Stop as standard. Like the other BMW models, the new X3 has three suspension settings - Normal, Sport and Sport+. It also comes with Hill Start and Hill Descent as standard.

Assembled at BMW's 11,000 unit a year plant in Chennai, the new X3 joins the X1, 3 Series and 5 Series as the only BMWs to be assembled in India. It will compete with the likes of the Audi Q5, Land Rover Freelander 2, Mitsubishi Montero and Volvo XC60.