BMW introduces the Z4 and Mercedes-Benz gets the Edition C

The luxury car brands are continuing to introduce new products and all the three German brands had launches this week. Mercedes-Benz began the week with the launch of the Edition C, followed by BMW’s refreshed Z4. To not to be left behind, Audi announced the arrival of its special edition A4 very soon.

As the C-Class reached 10 million units sales globally, it has got this special edition. This new C-Class has some cosmetic upgrades and is only available with C220 CDI engine. There are 500 units to be sold and this is available at Rs 39.16lakhs (ex-showroom, Mumbai). The Z4 on the other hand has received a major facelift as it gets anew fascia and new instrument panel design.  Honda will soon unveil the next-generation Honda City in India and we can expect it unveil several more products at the upcoming Tokyo Motor Show in the next week. Jaguar will launch its F-Type Coupe at the Los Angeles Motor Show which is in the next week too.

Mercedes-Benz is offerings the C-Class in a special Celebratory Edition as the German automaker celebrates sales of its 10 million units globally. We have had C-Class since the early 2000s and India didn't witness other versions of the C-Class.

Porsche, the ultra luxury carmaker that launched the Panamera facelift, has now started taking bookings for the 2014 Panamera Turbo S in India. It is claimed to be the company's fastest and most powerful Panamera in its lineup.

GLA-Class will be an important product for Indian market

A couple of months back, Mercedes-Benz unveiled the GLA crossover at the 2013 Frankfurt Motor Show, which is expected to hit the Indian shores by the 2014-15. In the European nations, the company will start delivering the crossover in the first quarter next year. It was announced that the GLA will be made available in three engine options - two petrol and one diesel. It has been priced at 32,130 EUR (around Rs. 27 lakh) for the entry level diesel model. However, reports are coming that the company will also introduce a new entry level GLA 200 CDI model, which is expected to be priced under 32,000 EUR.

Jaguar Land Rover Automotive plc has today reported its second quarter earnings for the 2013/2014 fiscal year. Retail sales in the quarter increased 21% year on year to 102,644 vehicles. This reflects strong demand for the new and refreshed Jaguar and Land Rover line up which was enhanced during this period by Jaguar’s 14MY introductions, the sales debut of the Jaguar F-TYPE and Range Rover Sport and a strong Range Rover performance.

Nissan, the Japanese automaker has announced its plans for the upcoming Tokyo Motor Show, where it will unveil a slew of new models and concepts. The company will unveil the highly-anticipated GT-R Nismo, new DAYZ ROOX super-height wagon, Mitsubishi eK Space, new Teana, X-Trail, Serena, Note, LEAF Aero Style and e-NV200 at the event.

Over 50,000 Honda Amaze delivered to buyers

Honda's first ever diesel powered vehicle, Amaze proved to be a fruitful product for the company in the Indian car market. Since its introduction in the market, the company has managed to register an excellent growth, and last month the compact sedan alone drove Honda to record a sales growth of 39 per cent. Now, Amaze has achieved a yet another milestone, as Honda Cars India announced that the sales of the car has crossed 50,000 mark in the Indian car market.

CarDekho was the first to announce that Honda dealers have already started taking bookings of the next-generation City and now we share our story where we speak on what all models will the company introduce next year. In our story in April 2013, we had mentioned that Honda will get five new products. These are the Amaze, new Jazz, new City, Mobilio and the Jazz SUV. The Amaze is already launched and up next year Honda is gearing up to get three new products.

It seems like the German luxury carmakers are still celebrating the Indian festive season, even it passed. Yesterday, the company teased one image on its Facebook fan page stating, "the most stylish celebrations are about to become even more irresistible, Coming Soon". We learned that the company will launch a celebratory edition of its most popular A4 sedan. Today, Audi India has announced the A4 Celebration Edition.

Nissan, the Japanese automaker has revealed the 2014 e-NV200 ahead of its debut at the 2013 Tokyo Motor Show. It will arrive in the Japanese market during fiscal year 2014, and will later go on sale in other global markets. It will be the company's second all-electric model available globally, following the Nissan Leaf. Production of the e-NV200 will commence at Nissan's plant in Barcelona, Spain in mid-2014.

Mercedes-Benz AMG has released few teaser images of a new model on its Facebook fan page, which is scheduled to make its debut at the LA Motor Show. According to media reports, the company will unveil a special edition of its SLS AMG supercar named as SLS AMG Final Edition, and images shows some parts of the new member of AMG family. As the name suggests, it will supposedly mark the end of the SLS AMG line.

Mercedes-Benz that launched the Celebratory Edition C, has announced that it will launch the SLK 55 AMG in India on the 2nd of December, 2013. AMG fit is the only visual difference between the regular model and SLK 55 AMG.

With the on-going battle between the three luxury German brands, BMW has now got the refreshed Z4. This gets a new fascia with the revised headlamp, front grille and front bumper design. The fender also gets some metal inserts and a revision to the wing mirror styling too. The tail lamps have been redesigned too. 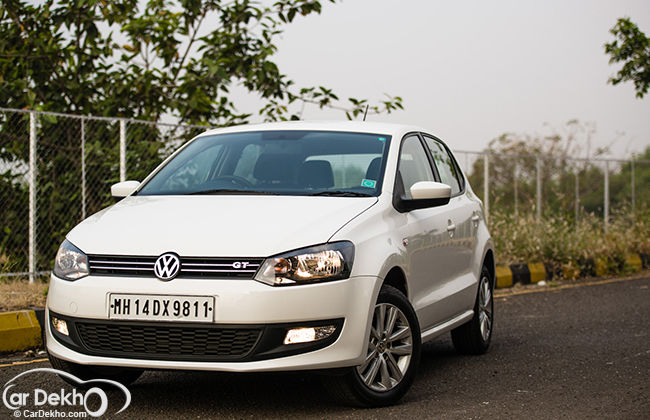 Volkswagen began the volume game in India with the Polo, followed by the Vento. These products began with a hike in the company’s sales, however they couldn’t continue the momentum. To top it up, Volkswagen even slowed down its India plans as the market sees some correction from the excessive growth that it witnessed in the last few years. Volkswagen however has been introducing several versions of the Polo. First we saw the GT TSI, then came the Cross Polo and now the GT TDI. We get our hands on this new version of the Polo and find out if it is really the next hot hatchback with an oil burner. Read further to understand how does it fare in our tests.