If you are one of those rare few, who felt that the BMW i8 wasn’t striking enough already, then good news. A range of aftermarket bodykits and parts have been released by Japan based, Energy Motor Sport for the hybrid sportscar. The company has showcased an updated i8, which features various aesthetic, as well as functional enhancements that include, a more aggressive-looking redesigned front & rear bumper, a rear wing that increases the downforce, updated front and rear fenders and new casings for the side rear-view mirrors. 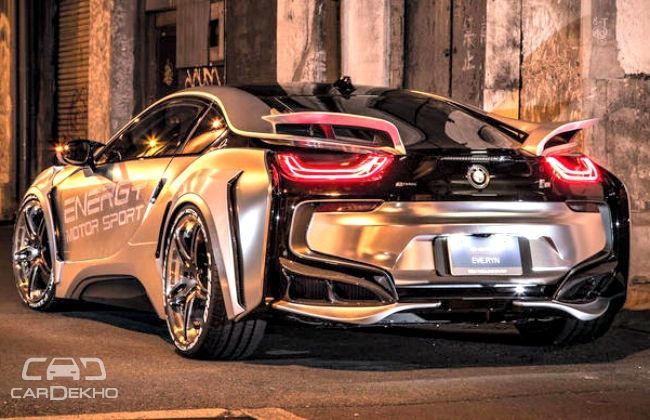 The car features a full body silver chrome wrap and speaking of wraps, the car treads on 21 inch alloys that are wrapped in Pirelli P-Zero high performance tyres. It’s under the hood where the enhancements come to an end, as the car continues to feature the stock plug-in petrol hybrid powerplant that produces 362bhp and claims an impressive fuel economy stat of 100kms per 2.1 liters. This one of a kind BMW i8 will be showcased at the 2016 Tokyo Auto Salon. Couple of months ago, BMW itself took a stab at updating its already considerably high-tech i8, by showcasing a hydrogen fuel-cell  powered i8 prototype. The car featured a matte black colour scheme (or lack thereof) amongst other aesthetic upgrades. 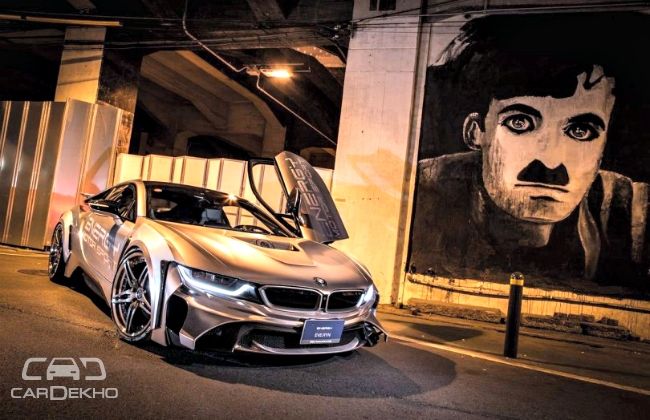 Watch Expert Review of BMW i8