Looks like the BMW G 310 R will see an early launch in India as the super bike has been spotted testing for the first time on the roads in south India. 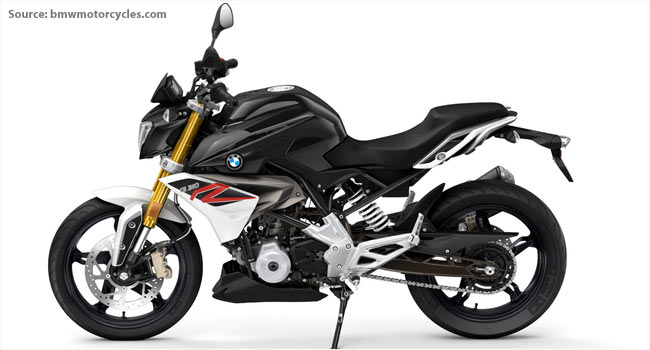 The super bike seen on the Indian roads, wearing a blue shade and minimal camouflage, is identical to the one showcased at the 2016 Auto Expo in February this year, when BMW Motorrad officially announced its Indian entry.

Having made its global debut late last year, the G 310 R is one of the most awaited motorcycles in the quarter-litre segment and will be the first product to come from the much talked about TVS-BMW alliance. BMW G 310 R has been built by the BMW group in collaboration with TVS as they partnered on sub 500 cc engines.

The street-fighter has been built with the engineering and R&D teams of the German auto giant, whereas the Indian manufacturer will be producing the bike and exporting it globally from its Hosur based facility.

The BMW G 310 R has a 313 cc single cylinder liquid cooled engine with an output of 34 hp at 9500 rpm and a maximum torque of 28 Nm at 7500 rpm. The engine has been designed in such a way that engine head has been rotated 180 degrees so that the inlet and outlet ports interchange position, transferring the weight of the engine nearer to the front wheel. This has helped keep the wheelbase small increasing the flick ability as a roadster.

Suspension duties on the BMW G 310 R are performed by 41mm thick USD (upside down) forks up front and a mono-shock unit at the rear. Braking power comes from 300 mm front and 240 mm rear disc brakes, while ABS will be offered as standard. In terms of design, the triangular headlamp cluster continues to take an imposing stance on the bike, complemented with the bulbous fuel tank, additional side fenders and the step-up single seat.

The motor comes paired to a 6-speed gearbox and has a claimed top speed of 145 kmph. The company claims a fuel efficiency figure of 36 kmpl, efficient for the bike of its size.