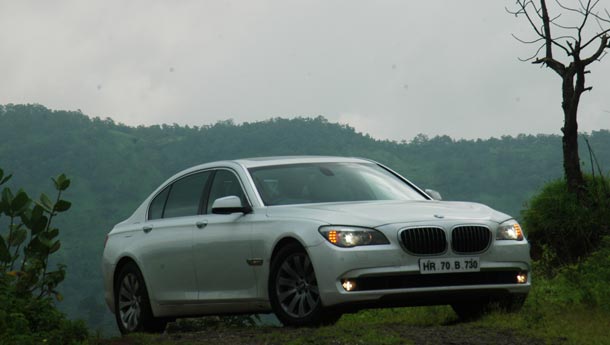 German luxury carmaker BMW today said it is eyeing double-digit increase in sales in 2010, on the back of the expected growth in the high-end market.

The company, which today launched a limited edition of its Gran Turismo priced at Rs 63 lakh, also said it will ramp up dealership network in the country to 22 outlets, from 12 at present.

"BMW India, with a 41 per cent market share in entire luxury car segment of 9,000 cars in 2009, is eyeing a double digit growth this year. We sold 3,690 units in 2009 and expect it to be up this year," BMW India President Peter Kronschnabl said.

He said the luxury car segment in India is expected to grow to 11,000 units this year and the company hopes to capitalise on it.

Describing the luxury car segment in India as "highly competitive and very positive with even Tier II cities focusing on growth", Kronschnabl said the firm expects the segment to grow to over 20,000 cars by 2015.

The limited edition of the Gran Turismo comes with a 3.01 litre diesel engine and only 100 units of the car will be available. It will be brought as a completely built unit (CBU) from the company's plants overseas.

BMW is also going to expand its dealership network in the country.

"We will have 22 dealerships across the country by the end of 2010, from 12 at present," Kronschnabl said.