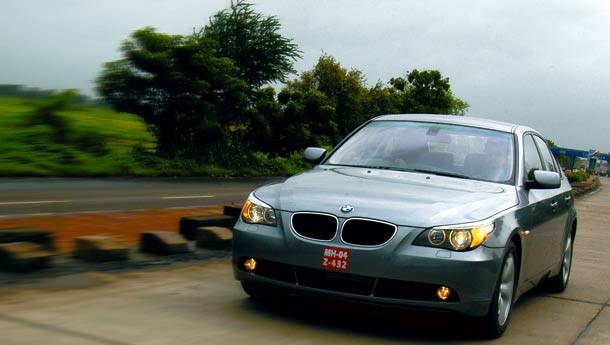 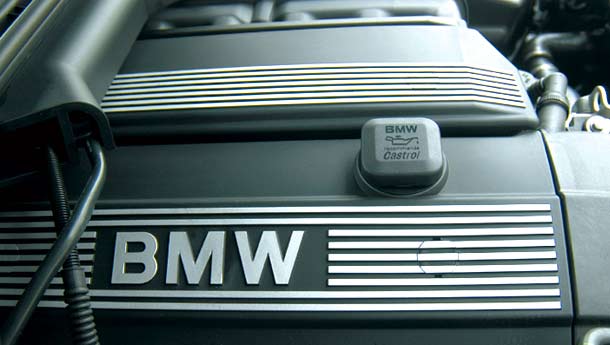 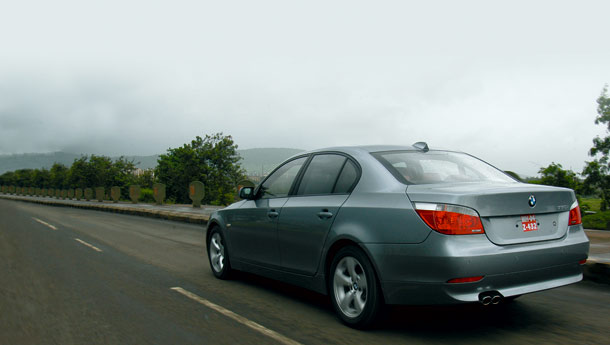 A couple of years ago,a few international motoring journalists got together to find the best car in the world. Mind you, not the most luxurious nor the fastest, but the best car that man has made and can buy in the market. They discussed S-Class Mercs, 7-Series Beemers, Rolls-Royces, Bentleys, Ferraris, hybrids, and even the Volkswagen Lupo which manages a 100 km run with just three litres of fuel. And, I presume, after getting suitably drunk, they came out with the winner – the 5 Series BMW.


They had their justification. The ‘5er’ was spacious (not too big nor too small), practical (four doors), economical (great diesel powerpacks), fast (great petrol engines and a wild M-version), handled like a sports car and was as safe as a vault. And of course, the propeller badge gave it a certain degree of desirability and exclusivity (I think the Toyota Camry would have won if not for the last clause!). I’ve driven the last generation 5 Series and I agree with the findings of the scribes wholeheartedly. So, when BMW announced the death of the ‘best car in the world,’ and a new ‘5’ to replace it, a lot of people, including I, had reason to worry.

To begin with, BMW was going through a transition phase, with maverick designer Chris Bangle creating masterpieces which would certainly be appreciated twenty five years from now. For now, the new cars he clothes, including the new Seven, and to a lesser extent the Z4, look like sore thumbs on wheels and only help wake up latent automotive design-critics in people. BMW fans know the Munich firm too well to discard the new cars and they continue to buy the ‘ultimate odd-looking machines.’ Then came the car you see in these pages – after spending considerable time with the car I can’t really figure whether I really love or hate the looks of the new 5 Series. I can tell you it looks better in flesh than on paper – if that’s any consolation. The now infamous ‘flame surfacing’ returns in a mature fashion on the new 5 and it manages to catch light from almost every angle – even on a bleak, rainy day.

While I do have a small issue with the headlamps and the way the kidney grill has evolved, I must admit that the overall form is more purposeful than the previous-gen car. The car looks good in profile and when seen in motion. The rear three quarter is marred somewhat by the ‘Bangled boot’ (which makes people try to slam it shut... er, when it is shut) but lighting fixtures (which could have done any Peugeot coupe proud) make it look futuristic. I get this feeling that the makers of The Matrix would have used the new 5 in place of the Cadillac CTS if it had managed to look more dapper.   You can debate Chris Bangle’s designs for ever (therein lies the success of the man as a designer) but we have a whole new car to check out, right? Unlike the last generation Beemers, the new 5 interior is more straightforward, yet classier. A large and chunky three spoke steering wheel dominates the facia and you get no-nonsense tacho and speedo dials where you would expect them to be. Nonsense begins slightly to the left of the binnacle where the display panel for the iDrive lies. The iDrive unit has been simplified a great deal now and those who have used it for long (I did a Google search) swear by it, while motoring scribes like me, who struggled with it during short test drives, hated it. So it must be a good thing then, right?

A nice strip of wood or brushed aluminium runs across the dashboard – our test car came with brushed aluminium, and I have to say I fell in love with the stuff. As far as other appointments and space go, the new 5 is one up on not just the older car, but matches the new E-Class too – especially when it comes to rear leg room. The optional ‘comfort’ seats hug your lower back and allow a multitude of individual adjustment options. I beg you to bear with me as I rush you towards more important things like engine and performance... please.

Our date with the new 5 was fixed for a rainy, Sunday morning. But when you have a spanking new car with an in-line six cylinder engine up front, power going to the rear wheels and BMW badges on its nose and tail, you don’t really mind a bit of rain. Ask anyone who loves driving and they’ll swear that a combination of an inline six engine and rear wheel drive is a dream combination that ensures almost 50:50 weight distribution and inch-perfect handling.

There are five engines that you can order the new 5 with, and that includes three 6-cylinder petrols, one 6-cylinder diesel (which makes 50.4 kgm at 2000 rpm) and a flagship 8-cylinder model (good enough for 333 bhp at 6100 rpm). Our road test 530i came equipped with the 2979cc motor with 231 bhp at 5900 rpm and 30.3 kgm of torque at 3500 rpm – a delectable package, yet a powerful enough tool if you know how to wield it. The tried and trusted unit from the BMW six-cylinder family benefits from Double VANOS variable cam shaft control, which provides infinitely variable valve timing adjustment on both the inlet and outlet camshafts to match the accelerator pedal position and engine speed (I know this, and didn’t copy it from BMW’s manual, trust me).

The test car featured a six speed automatic transmission with Steptronic manual gear shifting on the centre console. The best tranny on offer though, according to enthusiasts, is the SMG (sequential manual gear box), which enables the driver to perform precise shifting through the six-speed box by pressing or pulling paddles on the steering wheel. In short, it lets you be Montoya when you’re in the mood. SMG also lets you shift using the gear lever.   As I told you, it was a Sunday morning and the roads were deserted enough to give all that technology a thorough workout. Oh boy, did I enjoy this automobile! How does a sterling run to 60 kph in just about 4.5 seconds and 100 kph in 9.6 seconds sound to you? And trust me, I was not wearing my test driver’s shoes and the car was not running the ‘sport’ mode. On the move, the car feels way lighter than it looks, thanks to all the lightweight aluminium engineering that’s gone into it. The test car came with active steering which provides a variable, electronically controlled steering ratio and power assistance, using a planetary gear-set integrated into the steering column. An electric motor increases or reduces the front wheels’ steering radius independently of the steering wheel position. Didn’t understand that? Don’t worry, let me explain. Active steering reduces effort while parking and driving at slow speeds, while making it stiffer at speeds, making the car more directionally stable.

All those lightweight bits, the active steering system and a very busy motor translate to very brisk motoring. The 530i can touch 245 kph with the auto box and full monty 250 kph, when equipped with manual transmission. The car attacks corners as if it were a single seater racing car, hugging the chosen line as if it would be a sin to step out of it. The active steering is networked with DSC (dynamic stability control) which comprises ABS, CBC (cornering brake control), DBC (dynamic brake control) and traction mode and can even initiate corrections of the yaw angle via the front wheels’ steering angle. Yes, that means you can actually control the car better with your steering inputs rather than have DSC stepping in to spoil the fun. After all, what’s the whole idea of driving a fast, rear-wheel driven car if you can’t catch a tail-out situation yourself?

No, I didn’t get up to any such antics. Instead, I parked the car with renewed respect for the BMW badge. This is one of the finest automobiles I have ever driven. Period. In the same trim as you see here, the new BMW 530i will make a hole large enough in your pocket to allow a small aircraft to fly through (Rs 48 lakh). But then, it guarantees you exclusivity, especially when everyone and their aunts seem to have a Mercedes-Benz.

Anyone for a drinking session to proclaim this the ‘best car in the world’?