BMW has launched the 520i petrol variant of the 5 Series sedan at Rs 54 lakh (ex-showroom, Delhi). Imported as a completely built unit (CBU), the sedan is available in a single 'Luxury Line' grade. 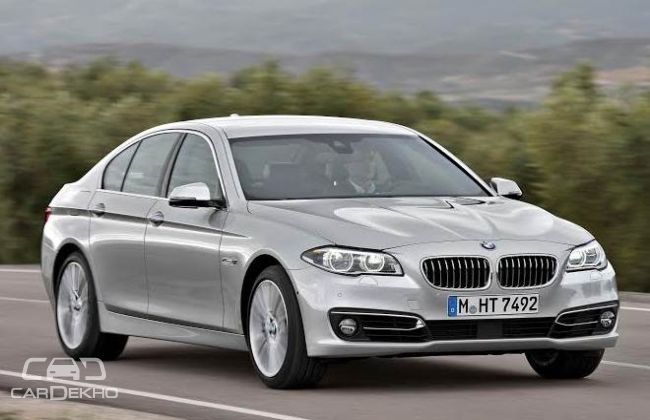 Just like the 320i that was introduced last month, the 520i uses a 2.0-litre turbocharged petrol motor coupled with an eight-speed ZF automatic transmission. It develops 184PS of power and 270Nm of torque that helps it clock 0-100kmph in 7.9 seconds and reach a top speed of 233kmph. It also gets a start-stop system, brake energy regeneration, and an Eco Pro mode, all of which help it save as much fuel as possible.

Other than the engine, the petrol variant is identical to its diesel counterpart. The design remains unchanged, and it continues to sport the signature kidney grille, LED headlamps, and some good-looking 18-inch alloy wheels. On the inside, it gets bells and whistles such as a 10.2-inch infotainment screen paired to a 600W Harman Kardon music system, leather upholstery and a sunroof. The 520i was previously discontinued citing lack of demand. However, we think the uncertainty around the future of diesel in the country has prompted BMW to re-introduce the petrol 5'er in the country.

Following Delhi, Kerala too banned the registration of diesel vehicles with engines above 2,000cc. Moreover, it is highly likely that the NGT will replicate the ban in 11 cities across the country. Notably, other manufacturers will be introducing petrol variants of their offerings as well. Case(s) in point — Mahindra will be introducing petrol motors for the popular Scorpio and XUV500, and Toyota is expected to launch a 2.7-litre petrol motor for the Innova Crysta.