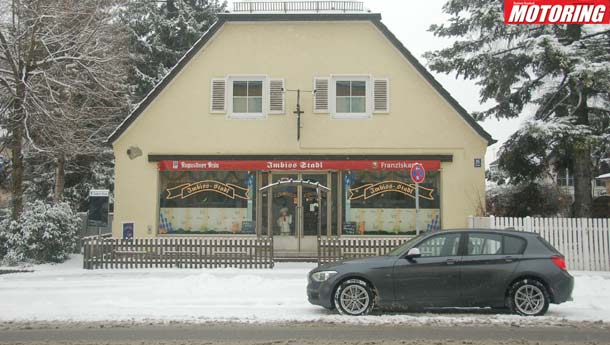 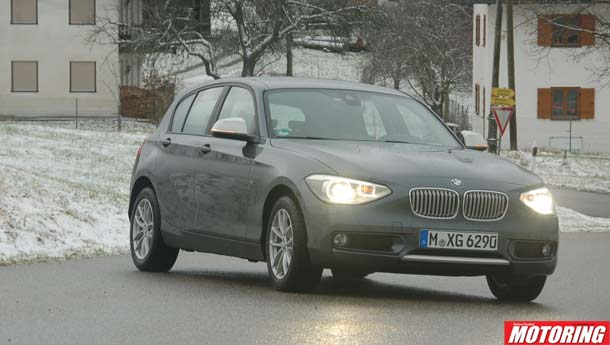 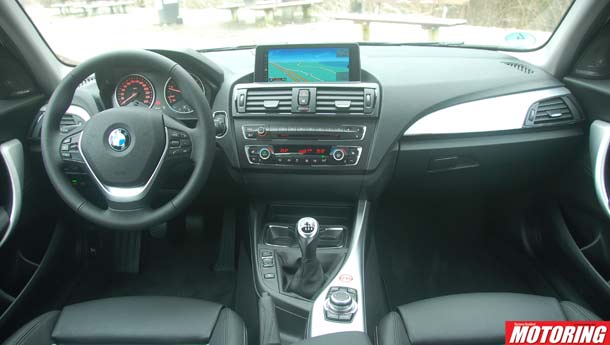 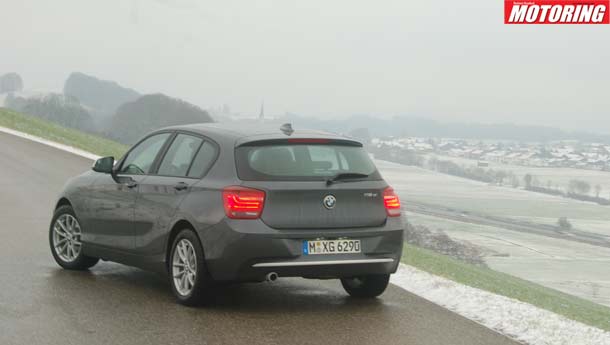 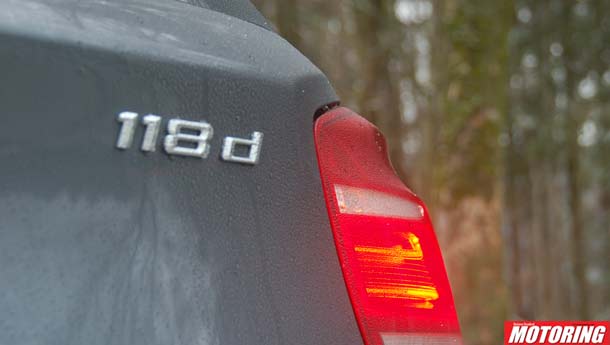 I never quite understood what a Rolex was all about. Not that I was cynical about it, mind you. And even though my only real connection with the brand was through adverts in glossies and the score board at Wimbledon, I always knew it to be a highly accurate piece of equipment. Yet I could never really comprehend what the phone number price tag was all about. Until, I held one. If memory serves me right, it was the Oyster Perpetual (stainless steel) and just running my fingers over that finely machined chronometer made me see the light. Every millimetre of that precision instrument (it’s not a watch) felt ‘crafted’ in the truest sense. But the real revelation was that something so ubiquitous had seen so many man-hours of work. The price tag then, was just happenstance.

A bit like when I first pulled the door shut on the smallest model from BMW then. I know I might be stretching the analogy here a bit (A bit? – Ed) but my word, it’s a high-quality cabin. It may not be as exquisite, but all around there’s evidence of stern men in white coats and round glasses having taken notes. Ergonomically it is as sorted as they come and neatness is the order of the day.  But apart from that, just the way they’ve managed to make different materials so coherent, build a purposeful feel in that switchgear, integrate the audio system… It’s just a cut above any other small car out there. In fact it’s so good, I almost ignored the lack of space; but we’ll come to that in a bit.

Now I guess the reason for all this premium-ness is because unlike most other small car makers, BMW was always coming down to the small car. The fact that this is the second-generation 1 Series means they’ve had a chance to make it better. This is the F20, and to look at, it’s… well, less flame-surfaced than the original. From the front there’s more than a hint of the 5 Series in it, while those VW Polo-esque tail lamps at the rear are probably the best detail on this car. Those white mirrors, that chrome grille, the alloys and the bumpers with white elements are part of the Urban trim that our car came with. All in, I would say it looks good in the same way Kelly McGillis looked good in Top Gun. Which is to say, it doesn’t. Build quality, though, is sparkling. This must be the reason why words like über exist in the German language.

Anyway, as with almost all second-generation cars these days, the 1 has grown in size. You wouldn’t be able to tell though, because for one, you just may not have seen it in the flesh before, and two, it’s only 83 mm longer now. Thirty of those additional mms are in the wheelbase despite which the back seats are only truly suitable for kids. And it’s not just the leg room that’s the problem really, but the general lack of space. There’s a reason small cars are not rear-wheel drive, you see. But because this one is, a lot of the hardware that needs to run this car runs right through it. So even though this car is bigger than, let’s say, the Swift, it is more cramped. Never mind that though, because in here the kids will learn what pure, unadulterated handling is all about even before they start going to high school.

The engine that makes most sense for India and will certainly make it here is the 1955cc, in-line-4 diesel that we drove. It’s a turbocharged, direct injection diesel that puts out 143 bhp@4000 rpm while the torque, which is the operative unit, is rated at 32.6 kgm@1750-2500 rpm. What certainly won’t make it to India though (but probably should) is the 6-speed manual that we got to try. The suspension setup involves a MacPherson strut at the front and a multi-link job at the rear. And while all of these oily bits may sound familiar to you, let me tell you that the combination of all this is very different from the norm.

Blame it on the characteristic 50:50 weight distribution, the fact that the front wheels don’t have to deal with putting the power down or some brilliant chassis tuning; it all comes together and really urges you to get involved in the driving. Even the way you sit, or the way the steering wheel is sized, or the way your hand falls exactly on the gear shift, you never just want to sit there and twirl the steering wheel with one finger. The engine pulls cleanly almost from idle, effortlessly building a long linear power delivery. It’s got the oomph alright and past 3000 rpm it borders on that rough edge that you can feel through the clutch pedal and the gear knob. But I doubt you will ever feel that on the automatic though. Also, is it just me or did the Ultimate Driving Machines have better steering feel than this? Not that it’s bad mind you, in fact it’s still the standard, but I’m sure something’s lost to this electro-mechanical wizardry.

The electronics continue to intrude into the suspension too and with the Driver Experience Control system you can switch between these modes on the fly. In Sport, the ride does get bumpier to the point of lane markers becoming unsettling thuds, and because ECO Pro softens throttle response, I never really bothered with it. Comfort was the best compromise and I reckon, once you find how good it is, you will never switch out of it. Because even with this mode you will find yourself grinning, every time you turn a corner. Oh, and because of the layout, genuine power slides are only a fast, wet sweeper away. There’s a reason small cars should be rear-wheel driven, you see.

Now in most markets, the 1 competes with the likes of the Audi A3, the Mercedes-Benz A-Class and the top-of-the-line VW Golf and going by the sales figures of the earlier generation, it does a decent job of it. Over here of course, it’s going to be ultra-niche, despite the presence of the A-Class. The bright side, if you can call it that, is that this will still be the cheapest BMW you can buy. So once it arrives here in October, expect to pay between ` 21 and 25 lakh. For that sort of price, you get a car that’s an extremely high quality product, wonderfully crafted and fantastic to drive. So the price tag, like the Rolex, is just happenstance.