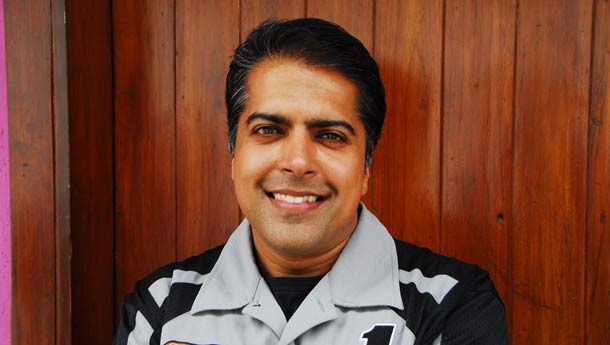 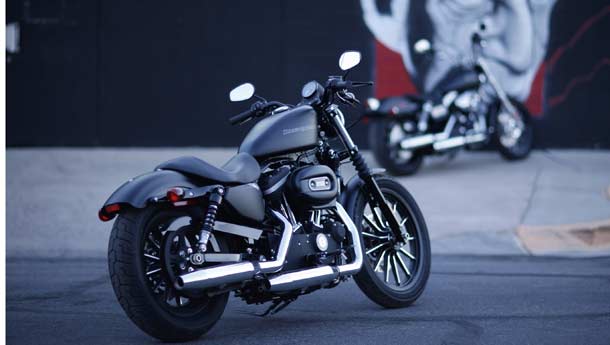 He’s been a Marine, a McKinsey consultant, and even taught at B-Schools. But Harley’s India chief is here for the passion, to indulge in his favourite bikes, even the Night Train.

Where else to meet the newly-appointed managing director of Harley-Davidson India than at Hard Rock Café Mumbai — one hard-rocking institution meets another and all that. “This is an awesome place,” says Anoop Prakash, looking ready for a Harley Owner’s Group (HOG) party rather than a newspaper interview in his black, white and orange Screamin’ Eagle shirt. There we were, motoring scribes armed with vested interests that revolved around long-term Softails and more loaners that could be ridden across America and India. Anoop, needless to say, looks at ease surrounded by towering walls decorated with guitars and costumes of has-beens. I introduce myself and my BS Motoring team mate Kyle, who incidentally owns 22 motorcycles. Anoop is impressed at the fact that Kyle has made the shift to journalism from being a garage supervisor. He should, since he has done his bit of shifting in his 36-odd years. From being a US Marine (yes, you read that right) to stints at McKinsey and teaching at business schools to helping the Bush administration deal with post-Katrina relief — he has done it all, writes Bijoy Kumar Y.

So how “character-building” was his time as a Marine? “It was during my Marine days that I caught the Harley-Davidson bug — I never owned one, but my friends swore by them. And when I got this opportunity to bring Harley-Davidson to India, I thought there couldn’t be a better ‘dream job’ than that.” A short pause to have a long sip from the diet Pepsi-and-ice and he continues. “I am not here to sell a handful of motorcycles and waste time — that is the job of a bureaucrat. I am here for the passion (gently thumps his chest) and I am overwhelmed by the reaction.” This is his 20th interview in India and I am already getting scared that the media attention has scarred the man permanently. Ready for more marketing spiel then — but we are yet to order food. The set lunch menu looks appetising, but we don’t have the time to do justice to a four-course meal. So we settle for the Jumbo Starter Combo with enough oil in it to turn the V-Twin of a Sportster along with dips created to line your arteries. Mental note: Don’t order starters when you are drinking less potent stuff like an ice-tea.

So what is the starting point for the India ride? “Over 60 per cent of buyers are going to come from big metros and that is where we will start operating from. But we are looking at over 20 dealers across India sooner than you think. Trust me, we are not here to shortchange the Indian consumer — lots of car makers and some big bike importers have done that. We will make motorcycles accessible and the brand accessible and that means the whole Harley-Davidson experience including accessories and apparel…” “But authentic H-D apparel will be expensive and copies will flood the market before you say Heritage Softail,” I interrupt, and pop a largish onion ring into my mouth with a bit of a struggle. “Fakes are in a way compliments, and trust us, we at Harley-Davidson are good at nurturing as well as protecting our trademarks,” Anoop answers but I do notice a worry-line emerge on his face only to disappear as quickly.   Words such as ‘premium’, ‘authentic’, ‘quality’ and ‘heritage’ are used liberally throughout the lunch and the business school blood is flowing faster than WD40. Time to change the tack then. “What is the longest you have ridden?” I ask. “I do short rides and the longest I have done is 150 miles — it took all afternoon and I thoroughly enjoyed it.” He gets more excited as we talk about his favourite Harley. “It is a Dyna Wide Glide,” he beams and helps himself to a tender chicken finger. Would he try taking the product placement route or brand ambassador route to establish the brand in India? “We are about a company that rides with people. We want to bring a life-changing evolution to riders in India. The whole authentic experience would sell our motorcycles and we don’t really want to get caught in the trappings of a brand ambassador or a product placement in a Bollywood film. Actors like Sanjay Dutt and a few cricketers own our products because they know what it is to be a Harley-Davidson rider, and we like that.” Anoop is just about finding his bearings on 20:20 cricket while he has been a Bollywood fan for a long time.

My colleague quizzes him about the ‘Indianisation’ of H-D products. “We rode a lot in India and discovered that our quality was suited to Indian terrain. Our riders ride on gravel and in no-road situations all the time and our motorcycles can cope very well. But there will be feedback from India as time goes by and we will take it seriously. Someday you can expect Harley-Davidson to build a motorcycle for India.”

Wouldn’t Royal Enfield — being the only ‘time-warped’ British motorcycle maker in the world — become a nice brand in Harley-Davidson’s portfolio? (H-D already owns MV Agusta, a high-end Italian sportbike maker). “We like the fact that Royal Enfield has followed our approach of evolution with their range of motorcycles and we would like to closely associate with them but that is about it.”

By now I am struggling not to make slurping noises with the straw as it searches in vain for the last drops of ice-tea. “How long have you given Harley-Davidson and India?” I pose the last question. “Sure I have moved around quite a bit but as I told you before, this is a dream job for me and a great challenge at the same time.”

It is time for a photo session and the Harley-Davidson boss in India looks the part next to the Hard Rock Café neons. No time to explore the dessert menu or even coffee, as Anoop has to get some breathing space before interview number 21. Of course, we remind him gently that we would like to get on the saddle of a test bike as soon as possible. Preferably a Harley-Davidson Night Train.