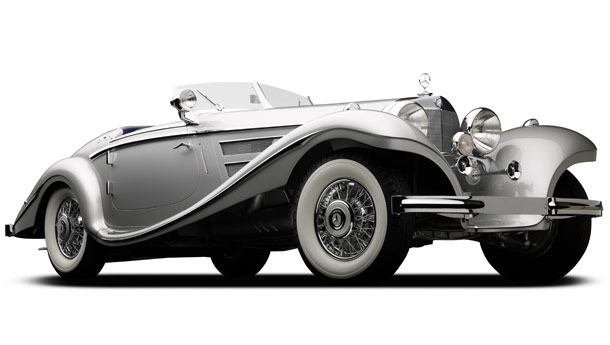 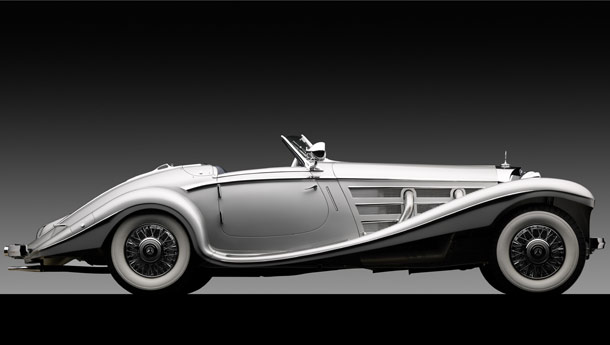 Take a close look at that Merc. It may well be the most expensive Mercedes-Benz to go under the hammer. Bernie Ecclestone had a similar 540K Special Roadster, which sold for a whopping 8,252,201 USD when he emptied out his old-timer collection in an auction in London in 2007 (wonder why he needed that money?). Anyway, that figure, approximately translated to something you and I would comprehend (maybe not!) is Rs 37.11 crore. Will this particular 1937 540K Special Roadster beat that record? Will it be among the most expensive cars ever sold at an auction? You never know.

What’s so special about the 540K? Well, for starters: isn’t that car ridiculously gorgeous? It’s one of the most iconic designs of the pre-WWII era, showcasing the design capability of the Sindelfingen plant of Mercedes-Benz rather than a coachbuilder. Shown first at the Paris Salon in October 1936, the beautiful Special Roadster was of course much more than its flawless beauty. The car was built on what was internally called the ‘chassis with the set-back engine’ – because the radiator, engine and cockpit were pushed back to make the mighty straight-eight revel in the expanse perhaps. The marvel of this car was of course the world-threatening eight-cylinder engine. Displacing 5401cc, it produced 115 bhp. Not much? Of course, it’s not much considering it was the Nazi era, when the world was not enough. So a Roots blower provided the additional ego and power massage; all you needed to do was step on the pedal and it would liberate 180 German thoroughbreds. Perfect then for the newly built superfast road network. It offered a top speed of nearly 170 kph. Stopping power perhaps came from will power matched with drum brakes. The Special Roadster was obviously not a cheap Grand Tourer; it was terribly expensive even then. It was fundamentally heavy and thirsty, so to improve matters, the Nazi hierarchy got themselves armoured versions of these cars for themselves.

This particular car – chassis number 154140 – was priced at 12,000 USD in those days and was ordered by Mercedes-Benz’s Buenos Aires branch for the owners of an Argentinean clothing store (margins on clothes are still good, according to me). The owners got delivery in June 1937 and then it eventually kept changing hands across the world. The car was in fact on display recently at the gala opening of Mercedes-Benz’s flagship showroom in Manhattan. Now the superbly restored magnificent example of automobilia has come up for auction and will go under RM Auctions’ gavel on August 19-20, at Monterey in California - yes, at the same time as Pebble Beach. If you cannot afford it, there will be eight other 1930s supercharged Mercs accompanying this one. As for me, I am not exactly interested in it as I already own a red 540K Special Roadster, in 1:18 scale of course. Paid through my nose for it.