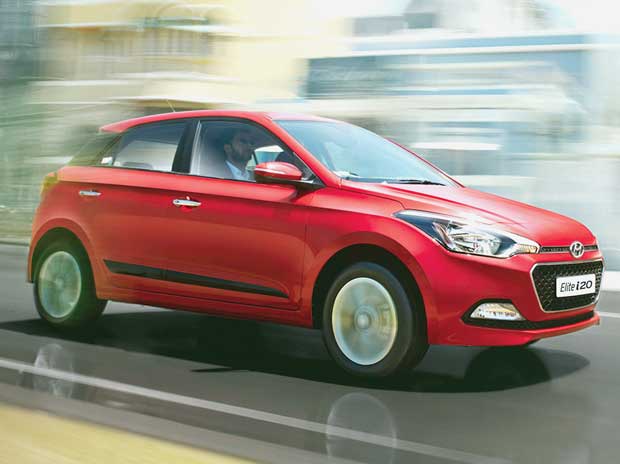 The South Korean automaker has been hit by its exposure to weak emerging markets, and a product line-up that features more sedans than sport utility vehicles, just as SUVs have become more popular across many global markets.

The belt-tightening - which also includes cutting back on printing and fluorescent light bulbs - aims to buy Hyundai time to prepare new models and a design revamp.

"We're trying to address a mismatch between the market trend and our product line-up," said one Hyundai insider, referring to a need for more SUV models. "That's a longer term plan. For now we're trying to save every penny," he said, declining to be identified because the plans are not public.

Since October, Hyundai Motor Group executives have taken a 10 percent pay cut, the first such move in seven years. The number of executives at Hyundai Motor alone has risen by 44 percent in five years, to 293 last year.

The group has also downgraded hotel rooms for executive travel, and is encouraging video conferencing as a cheaper alternative to travel, insiders said.

"We're in emergency management mode," said another insider, who didn't want to be named as he is not authorised to speak to the media.

In a response to Reuters for this article, Hyundai Motor said it is "making various cost-saving efforts", with shrinking global demand and growing business uncertainty, but did not elaborate.

Other costs, such as low-margin supplier parts and labour at the heavily-unionised automaker, are tougher to pare back, said Ko Tae-bong, analyst at Hi Investment & Securities, noting Hyundai needs also to spend more on research and development in self-driving and other new technologies.

While Hyundai remains cash-rich, its costs as a proportion of revenue have risen for five straight years, to 81 percent so far this year, regulatory filings show.

"Cutting expenses are stopgap measures, and won't do much to improve its bottom line," Ko said, calling them more "symbolic".

Hyundai grew quickly after the global financial crisis, with brisk sales of its Sonata and Elantra sedans. It was the only major automaker to increase sales in the United States in 2009.

But it has struggled to maintain that momentum as rivals' sales of SUVs have boomed and emerging market economies have weakened. Hyundai Motor shares have fallen 40 percent in the past three years, the worst performer among global automakers.

The automaker's top U.S. executive has resigned, and the South Korea sales chief and China head have been replaced.

Sales of Hyundai cars, and those of its affiliate Kia Motors, could drop to 8 million this year, a first decline since Hyundai bought its smaller domestic rival in 1998, said Ko, the analyst.

For next year, Hyundai-Kia Executive Vice President and research head Park Hong-jae, expects sales to pick up again. "It was a difficult year this year. Things will get better," he told reporters on Thursday, citing recovery in markets such as Brazil and Russia.

Another Hyundai source said the group has trimmed its preliminary 2017 sales target to 8.2 million vehicles, from 8.35 million forecast in mid-year.

While it looks to manage its staff budget, Hyundai is beefing up its SUV offerings, freshening up its Sonata sedan, and redirecting exports from slow-demand markets such as the Middle East to the United States.

In the United States, SUVs accounted for 28 percent of Hyundai's sales in January-November, up from 23 percent a year earlier, according to Autodata Corp, but less than half the industry average.

At its plant in Montgomery, Alabama, Hyundai has replaced some Sonata production with its popular Santa Fe SUV.

Next year, Hyundai will look to plug a gap in its SUV offerings for developed markets by making a sub-compact model - under the project name "OS" - in South Korea for sale at home, in the United States and Europe, people inside the company said. Hyundai makes sub-compact SUVs locally in China, India and Russia.

"We need that small SUV in the U.S, much sooner than later," Scott Fink, one of Hyundai's biggest U.S. dealers, told Reuters.

In sedans, Hyundai is pushing sales of bigger, higher-margin models like the Azera, or Grandeur, and its Genesis luxury line. Its smaller sedans, including the Elantra and Sonata, have lost ground to rivals like Honda Motor's Civic, which one Hyundai executive said has "wowing design".

Hyundai is working on a next generation of cars with "a different flair" to hit the market from 2019, Luc Donckerwolke, senior vice president for design, told Reuters on the sidelines of a recent event.

The biggest holder of Hyundai Motor preferred shares, the Norway-based Skagen Kon-Tiki fund, expects the automaker to get back on track over the next couple of years, with new SUVs, recovering emerging market currencies and better plant utilisation.

Knut Harald Nilsson, the fund's lead portfolio manager, reckons Hyundai's margins should recover to above 7 percent over that period, from 6 percent earlier this year, but are unlikely to return to the 10 percent levels of a few years ago "anytime soon".