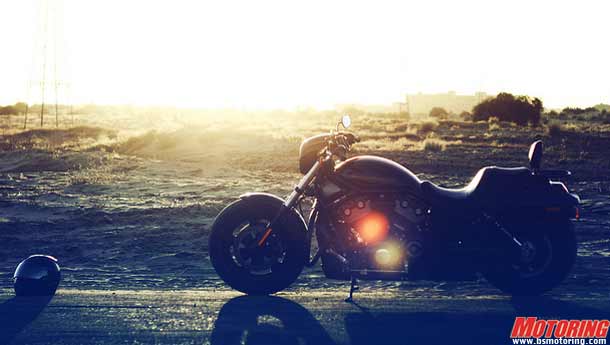 Motoring journalists spent a lot of time riding and/or driving. A lot of time. We're out there doing what we do because that’s what we love doing. The variety of machines we encounter is staggering – for example, in the duration of a week it’s normal to encounter everything from a piddly lil’ Activa to a RS5 to a Range Rover Sport to a Ducati Multistrada to a Rolls Royce Ghost to a Segway to an electric cycle. OK, not entirely but we’re dangerously close. That’s normal for the folks here and a bit strange to explain the concept to ‘normal people’ not in the motoring loop. That said, between all this vast variety being hurled at you at lightning pace, there are machines and experiences that latch onto you like a blood-sucking leech in the Amazon. One of those is still a vivid and crystal-clear memory – the Harley-Davidson Night Rod across Rajasthan. Many years back, throughout college in fact, I had this gigantic poster of the classic V-Rod photographed shimmering in the bright morning sun stuck on the wall and that was it for me. The inspiration, the cause, the reason – I told myself, to get through the un-ending nights of Computer Science studies that were boring enough to make Business News channels seem entertaining. It was magical – looking like nothing else ever seen before and the aluminium finish just sealed it. Britney Spears gyrating vigorously on top of it in one of her singles was nothing but fuel to the fire. Hey, you liked her too back then, alright? So, many years later, as Srini puts it – ‘life happened’ and I woke up one fine morning in Rajasthan to a Night Rod waiting for me to ride it. Surreal as it was, the first time I got on the Night Rod, the V-Rod’s sinister dark cousin, it felt every bit as special as I’d imagined it – it was like you’re perched on top of a damned V2 rocket shot straight out of hell. Your feet nearly meet your hands below the handlebars, the fat 200mm rear hoop feels like it’s your Launchpad, the uber cool design elements are straight off the drag-strip and the Porsche-fettled Revolution engine brings a tear to the enthusiast’s eye. It did to me. Not because of being emotional overwhelmed or anything but it was because the manic liquid-cooled V-Twin beast was busy trying to rip my face apart with ferocious and unrelenting velocity, only pausing when it hammered against the rev-limiter. On the gas, it didn’t wheelie, it didn’t slide – it just hunkered down and shot you into the distance without any sort of mercy! It was alive, wicked and for that time, nothing else on Earth mattered for me. Motorcycling at its best, that’s what it was. It’s sometimes easy to forget what you do and why you do it and it takes a barking mad machine like this to hang you off the cliff’s edge with nothing but a rope tied to your leg and scream back at you with a nefarious cackle - ‘Had enough?’