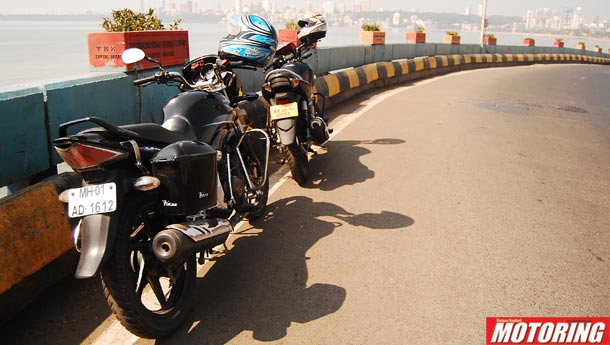 Lot of fretting, fuming and hand-wringing. Sure, petrol prices have risen drastically and the whole car industry is in a tizzy. “What do we do with our existing stocks? Who will buy our petrol cars? How many more diesel cars can we produce? Oh, what to do?” And then there’s the media, of which I am indeed an integral part of. The mainstream media is of course talking to car industry professionals who use this Government-given opportunity to air their views.

For a car buyer, there is at least a credible alternative to a petrol car – he can buy one that runs on subsidised diesel. Or one that comes factory-fitted with a CNG or LPG kit. And there is one more option: if running costs pinch your pocket, then you can retrofit a CNG or LPG kit. Though I am not a huge votary of CNG/LPG, the point I am making is that at least there is an option. What option does a two-wheeler buyer have? He has no choice – his steed needs expensive petrol.

And the majority of two-wheeler owners have tight budgets. These are people who would think twice before spending a mere 3,000 bucks on the convenience of an electric start vis-a-vis a kick-start or 5K extra on a disc brake version. They are already on a tight leash and then comes this petrol bomb. About 70 per cent of bikes sold are in the up to 125cc segment, a segment where fuel efficiency is the overriding factor when it comes to a buying decision. Imagine the effect of high petrol prices on them.

The Government still thinks that cars are a luxurious indulgence. Ok fine, so make them pay more for petrol. But the fact is that in India, two-wheelers are the ones that play the role of cars – for commuting, for transporting stuff, for taking families out, etc. A two-wheeler is an integral part of millions of Indians’ lives – it is a family member, it is a car, it is a beast of burden, it is an investment, it is an asset. It is a pity that keeping this family member up and running has now become an expensive proposition.

Is there a solution? I don’t see any, except perhaps generous interventions by state governments. Till then, the two-wheeler owner has to bear the burden of the weird workings of the Indian fuel pricing machinery.