You may be waiting for five-division boxing world champion Floyd Mayweather Jr to take on eight-division champion Manny Pacquiao. But May is months away, so I decide to while away the time by pitting mid-weight star Kawasaki Z800 against challenger Benelli TNT 899, launched on Thursday. The arena: not Las Vegas, but the beautiful Western Ghats.

Having visited Pune many times but never Mahabaleshwar - a sacrilege, according to some - I planned to make amends by taking the contestants to Maharashtra's strawberry belt. It's barely 120 km one way from Pune, but I and a fellow reviewer set out early so that we could push the two bikes to their full capacity. 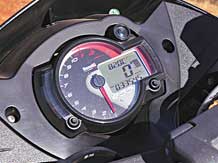 With hardly any traffic on the road, we twisted the throttle and let the engines roar. The TNT 899 drowned the Z800's sound, and the howl from the underseat exhaust of the mechanical griffin gave me quite an adrenaline rush. I admit the sound will not be music to everyone's ears, but in time you will start to appreciate it, perhaps even get addicted to it. The Z800's imposing quad exhaust pipes smartly tuck into the chunky triangular exhaust. Push the rev needle over 5,000 rpm and that's when its throaty acoustics begin to show.

The Italian glam bike's engine is lightning quick, and it roars off the moment you twist the throttle. Mind you, if you are expecting a smooth acceleration, you are in for a rude shock because the Benelli feels rough and lacks the refinement that you would expect in a bike in this segment. But that hardly dampens the fun factor, as the bike approaches 150 kmph without a whimper and eyes the 200 kmph mark enthusiastically. Propelled by 120 ponies, it does not show any lag and proved a versatile creature later when it comfortably cruised in the city. 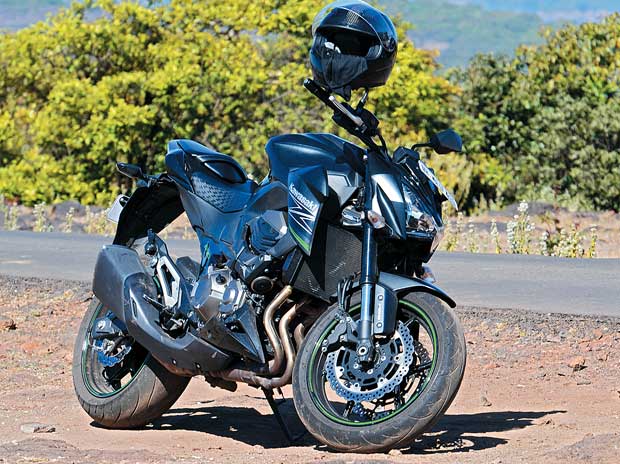 The Kawasaki is a different machine all together. The silky smooth engine is simply a class apart. It refuses to play a note out of tune, even when pushed to its limits. That is Japanese wizardry for you. The Z800 is such a smooth operator that when it's on full throttle, the power feels linear. I glance at the speedometer and realise how responsive the machine is. Should I go for the 233 kmph that Kawasaki claims the bike is capable of? As it is a street bike, the gear ratio is short, which makes it ideal for city traffic and the highways. Compared with the Benelli, the Z800 is less powered with 111.4 bhp, but it has more than enough juice to keep you on the edge of the seat. What speaks volumes about its magnificent build quality is the absence of vibrations.

Both the bikes are steady at high speed on the highway. But when it comes to the riding stance, the Z800 is a lot more forgiving on the shoulders, spine and the posterior. You sit slightly forward but the widely placed handle bars and the step seat, which provides extra support to the lower back, make it a relaxed experience. The Benelli is meant for aggression and that translates into the seating stance as well. I can't fathom why the Italian bike-maker has opted for angular handle bars, which not only restricts hand movement, but also puts additional pressure on the shoulder and forearms. Taking sweeping turns while descending is a piece of cake for the Z800. But the Benelli is a more physical machine, and I need to lean further and put more body weight behind it. For enthusiasts, the latter is definitely a more fun and involving bike, but for most riders this may be a bit demanding for their liking. And since its suspensions are too extreme for Indian road conditions, on a long ride the TNT 899 will sap your energy. The front wheel crashes into anything uneven and is brutal on your spine. The Z800, in contrast, attacks curves at the flick of the wrist. The effortless handling may make seasoned riders feel like they have a PlayStation joystick in their hands. The bike provides an excellent ride while easily cushioning potholes.

We haven't said much about the appearance because from the photos you can see that the Benelli is far more appealing than the Kawasaki. The futuristic design and tubular frame make the alluring TNT 899 stand out in the crowd. The Z800 is a beefcake with bulging biceps ready to bulldoze anything that dares come in its way. Its simplistic design would have been a lot more appreciated if not for our familiarity with the smaller Bajaj Pulsar that looks similar to it.

As a complete package, the Kawasaki Z800 is way ahead of the Benelli - the refinement is light years ahead, ride stance is more practical, it has a smaller turning radius, making it easier to manoeuver in tight places, and, most importantly, it has a superior build quality. The TNT 899 has a lot of things going for it, like its brilliant road presence, a fire-breathing engine and satisfying handling. But it feels crude, has restricted handle movement and doesn't boast the most comfortable riding stance. If looks could kill then the Benelli would do it, but as an all-rounder, you have to concede that the winner is the Z800. Besides, at Rs 7.35 lakh, it is the most affordable in-line, four-cylinder motorcycle in India.
Arup Das is Features Editor at AutoX
BENELLI TNT 899
Engine: 899 cc / liquid-cooled / in-line 4/ 12-Valve / DOHC
Transmission: 6-speed manual
Power: 120 bhp @ 9,250 rpm
Torque: 88 Nm @ 8,000 rpm
Price: Rs 9.48 lakh (Ex-showroom, Delhi)