Bike makers zoom ahead in April 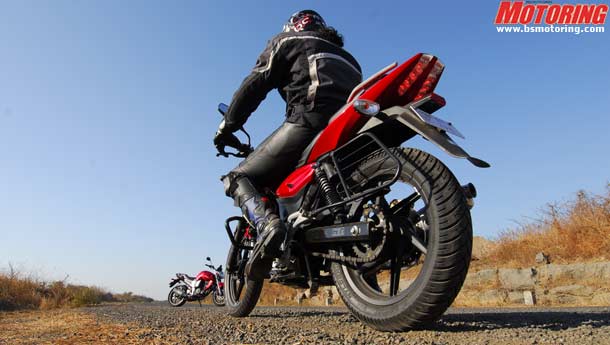 Leading two-wheeler manufacturers in the country continued to race ahead in the fast-recovering domestic automobile market in the month of April. However, the country's largest two-wheeler maker, Hero Honda, reported only a marginal increase in sales at 3,71,652 units in April, compared to the same period last year due to supply problems with batteries.

Still, for the 16th time in a row, the company recorded more than 3,00,000 despatch sales in a single month. "We have been witnessing a steadily growing demand for our products, and have been ramping up production accordingly," Hero Honda Motors Senior Vice-President (Marketing and Sales) Anil Dua said. However, the company faced an "acute shortage" of batteries for over two weeks due to a go-slow agitation at Exide's Bawal facility, he added. "As a result of this, our dispatches have been adversely impacted and, currently, over 50,000 fully finished motorcycles are stranded at our plants for want of batteries. I am happy to inform that these issues have now been resolved and we have been assured of supply returning to normal within a week's time," Dua said.

Others race ahead
Chennai-based TVS Motor Company today reported that its April 2010 sales stood at 1,25,471 units, up 21.83 per cent over 1,02,985 units sold in the same month in 2009. "During the month, TVS Wego, the company's metal-bodied scooter with unisex styling was launched in Pune and Nagpur. The product has received favourable response," the company said. Total three-wheeler sales also soared over three-fold to 2,483 units from 706 units in the corresponding month of 2009.

Suzuki Motorcycle India also reported a 53.22 per cent growth in sales in April to 20,771 units compared to the 13,556 units sold in April last year. "We will continue to keep up this growth momentum in coming months as well," Suzuki Motorcycle India Vice-President (Sales and Marketing) Atul Gupta said in a statement. The company attributed growth to good response to new motorcycle GS150R and scooter Access125.

Bajaj Auto did not release its April sales figures today.