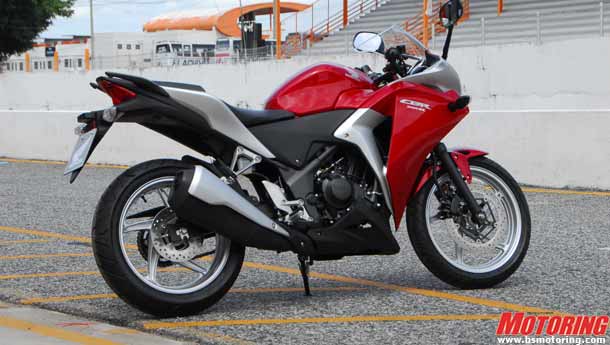 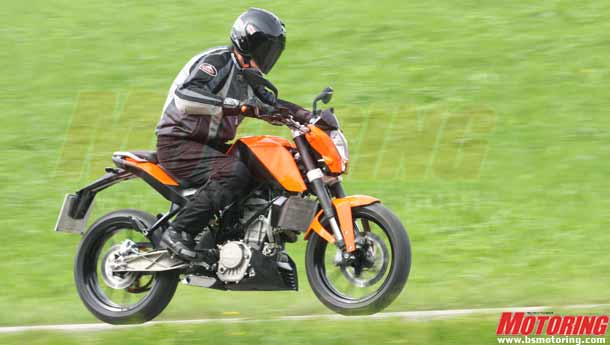 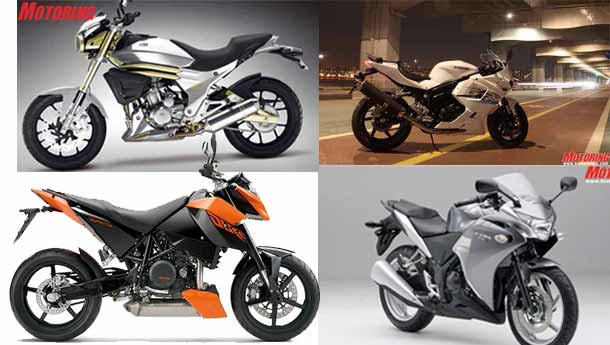 Honda, Bajaj, Yamaha and Mahindra are revving launch plans for the 200cc and above notorcycle segment. Honda Motorcycle and Scooter India, the country's fourth largest two-wheeler producer, will be first off. It plans to launch the CBR 250 next month, at a price tag of around Rs 1.5 lakh (ex-showroom Delhi).The Japanese subsidiary has already started accepting bookings and got 2,500. Delivery of the CBR 250, whose cost will be on par with the entry-level model of Tata's Nano car, will start by the end of April, stated a senior executive of the company.

Naresh Rattan, operating head of sales and marketing for HMSI, said: "The initial response for the CBR 250 is very encouraging. We are on track for launching in April." The engine and most other components are being made locally. HMSI hopes to sell 30,000 units of the bike in the first 12 months after the launch.

The segment where Honda plans to sell this premium bike is presently dominated by Bajaj, Royal Enfield and Hero Honda. Although the segment is small, with sales of around 160,000 units a year, it is growing in high double-digits, say industry players. Thus, it has attracted others, too.

Bajaj Auto, India's second biggest bike maker, will launch the Duke 200 later this year. This has been developed in association with its Austrian partner, KTM Power Sports AG, where Bajaj holds 38 per cent stake. The Pune-based company had plans of launching the 125cc version of the bike before deciding against it last year. Bajaj is expected to price the bike in the same space as Honda's CBR 250.

Rajiv Bajaj, managing director, stated the cost of manufacturing the Duke 200 would bevery similar to the Duke 125. KTM is to remain a premium brand as compared to Bajaj, which would continue to be the more mass-market one in the domestic market.

Mahindra 2 Wheelers, from the Mahindra Group, has rescheduled the launch of its Mojo motorcycle, a 300cc performance touring bike, in the second half of this year. It was initially supposed to go on sale in January but had to be upgraded with technology inputs and added features. There would, however, be no rise in the price of the vehicle, which was nearly Rs 1.8 lakh, stated a senior official from the company.

Yamaha, the Japanese motorcycle maker, will launch a 250cc version of one of its bikes before the end of this year. Hero Honda Karizma, the only performance bike from the market leader, sees sales of 2,500-3,500 units per month. The Pulsar 220 from Bajaj sells 5,000-5,500 units every month.