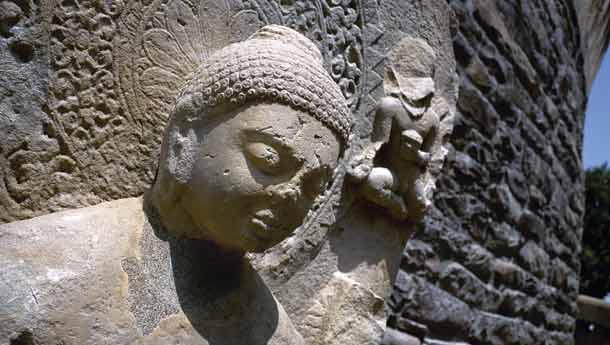 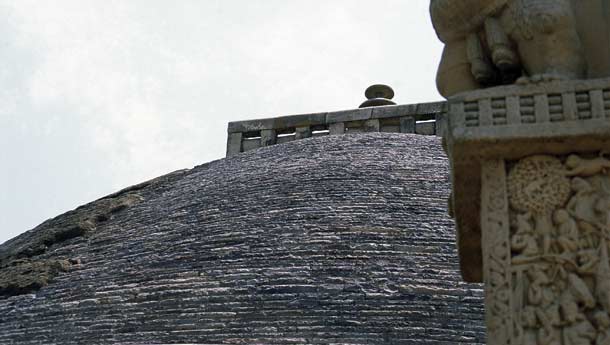 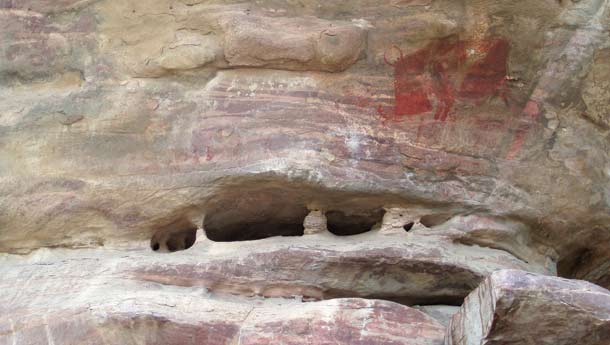 I’ve always wondered what it’s like to be an archaeologist. Ever since I saw my first Indiana Jones film (The Temple of Doom, to be exact), I’ve been fascinated by these intrepid souls, who go marching off into thick jungles, arid deserts and whatnot and set about looking for skulls and similarly diverting objects. Of course, as I grew older and a little less stupid, I realized that Indy was a one-off – not all archaeologists loosed off wry one-liners, cracked bullwhips and got the girl (sometimes all at once, in his case). Most were likely to be fairly normal individuals, with an overriding passion for learning about mankind’s past, and when they made an important discovery, its impact was likely to be far-reaching. Take a moment and think, for example, of John Marshall, who excavated the sites of the Indus Valley Civilization and the ancient university of Taxila. Imagine the sort of sheer excitement the man would have felt when he finally uncovered the sites’ remains – he would have been like a champagne cork about to go off, I wager.

I’m not sure if Dr V S Wakankar liked his champagne (he could have been a teetotaler for all I know), but there’s no doubt he would have felt more than a little carbonated when, on his way by train to Nagpur from Ujjain, he noticed caves above the hills in the distance. He had just finished unearthing some rock shelters in the Chambal Valley, so he was a man who knew a thing or two about archaeology. Going purely by instinct, he went off into the thick forests of teak and cut his way right through to the amazing caves of Bhimbetka, the largest collection of prehistoric art in India. It was here that I found myself one sweltering morning, wondering whether the drive from Bhopal (a relatively short one, but still) was going to be worth it. It obviously wasn’t a tourist hot spot, considering that I was the only person there, but that’s usually a good thing in my line of work, so I walked into the cave complex to see what the fuss was all about.   Nothing really prepares you for the caves, to be honest. You walk from the site’s parking lot onto a walkway lined by trees, and suddenly there’s a gargantuan rock towering above you, quite stunning in both its size and its near-grotesque features; it’s as if it’s slowly been melted, like a giant candle, and made to resemble the monster under a little child’s bed. I had never seen rock structures like this (before or since), and I was captivated. The walkway continued into the complex, winding its way through the most amazing caves I’ve ever seen. Some were literally like houses, with distinct lower and upper storeys, and it wasn’t difficult to visualize prehistoric families going about their business in them. And, of course, there were the paintings. I had to look hard for some of them, others were immediately visible, but they were all incredible pictorial glimpses into human life tens of thousands of years ago.

As I walked from cave to cave, I could see the various stages that Stone Age man went through (and by this I mean that I looked it up later; I didn’t have a clue at the time) – the Paleolithic, Mesolithic, Chalcolithic and Neolithic stages of evolution. Most of the paintings had to do with everyday life, which in those days seemed to primarily consist of lots and lots of hunting. In some scenes, man was lording it over the animals; in others, the animals were giving as good as they got, sending man yelping for cover. An interesting fact was that although the artists showed great skill in depicting animals, birds and so forth, they inevitably showed humans as stick figures. Considering the fact that they used the most primitive tools and materials (squirrel tails and twigs for brushes, ground-up rocks of different hues as paint and animal fat or resin as fixatives), it was simply mind-boggling that the paintings had lasted this long. Bhimbetka (or ‘where Bheema sat – Bheem-bait-ka, get it?) was amazing, no two ways about it.

My archaeological appetite had been whetted; I wanted more. I remembered that on one of the three odd occasions that I had paid attention in school, I had gleaned the fact that John Marshall (referred to earlier) had had something to do with something or the other in Sanchi. Since I wasn’t very far away, I decided that it would be a good idea to pop over – I’ve wanted to go to Sanchi for three years, and this opportunity was not to be wasted. What I knew about Sanchi was along the lines of what everyone knows – that it was very old and that the great emperor Ashoka had built a huge stupa there. Apart from these two non-specific facts, I was pretty much a clean slate.   Well, I learnt two things in Sanchi. One was that the ‘something or the other’ that John Marshall had had to do with Sanchi was the small fact that he had undertaken a massive restoration exercise on the site. He hadn’t actually re-discovered it (he was beaten to that by a British officer almost a century beforehand), but between 1912 and 1919 he had the priceless structures restored to the state they’re in today. This was a very good thing, because the second thing I learnt in Sanchi was that it was a lovely place. Set up on a hill and far away from the madding crowds, it’s the proverbial oasis of peace. There are about 50 different monuments on the site (and almost all of these are interesting), but really, there’s no looking past the Great Stupa. Commissioned by Ashoka in the third century BC, it’s the pinnacle of Buddhist architecture in India. It’s not its size that impresses (there are stupas three times as big in Sri Lanka); rather, it’s the harmonious nature of the monument. Nothing looks out of place, and there’s a quiet dignity to it – much like Ashoka himself, I suppose. The stupa’s huge gateways were real marvels, made of stone but carved and constructed in the manner of wood. In most cases, it was the local populace that made donations towards the building of stupas, and they would choose their favourite episode from the Buddha’s life and have that and their names engraved on the structure. The rest of the site was no less interesting, with smaller stupas, temples and other remains dotted all over. It was open till sunset, so I stayed to see it. Not surprisingly, it was spectacular.

‘So sir, did you enjoy your trips to Bhimbetka and Sanchi?’ asked the affable manager of my hotel in Bhopal, as I was checking out. ‘Yes I did, thank you.’ ‘Are you heading back to Mumbai now?’ ‘Guilty as charged.’ ‘If you’re not in a big hurry, allow me to suggest another place which I’m sure you will enjoy.’ I’m always open to conversations like this, so I asked him to suggest away. ‘There’s a place called Islam Nagar that’s only 15 km from Bhopal. Not many know about the place and so it’s usually deserted; do go there, it’s very beautiful.’ I needed no further motivation –within ten minutes, I had put my luggage back in my room, jumped in the car and set off. Islam Nagar may only have been a short distance away, but Bhopal’s near-homicidal traffic meant that the journey took over an hour, by the end of which I was in a dark mood. It didn’t lift as I drove into the village and saw little more than a few cows, but as soon as I found the old palace I knew the drudgery had been worth it. Dost Mohammad Khan, the Afghan warrior who ruled Bhopal between 1708 and 1726, had built the palace as a little love nest for himself and the Gond queen Kamalapati, and the fellow must really have worshipped the ground she walked on, because it was an absolute gem. I’m using ‘little’ in a very relative sense, of course; although not quite on the same scale as, say, the Udaipur palace, this one was by no means miniscule. It had beautifully landscaped gardens and courtyards, one in particular where I sat under a huge mango tree and ate fallen mangoes, and a magnificent terrace overlooking a moat and the fields beyond. The palace was clearly the result of both Hindu and Islamic architectural influences, and certainly ranks among the best of its kind that I’ve seen. Coming here had meant that I would be driving back to Mumbai on a Monday, instead of the relatively traffic-free Sunday I had planned originally, but I really didn’t mind. Discoveries like Islam Nagar are, after all, the reason I’m a travel writer.